Trivia night rewards in the Underground 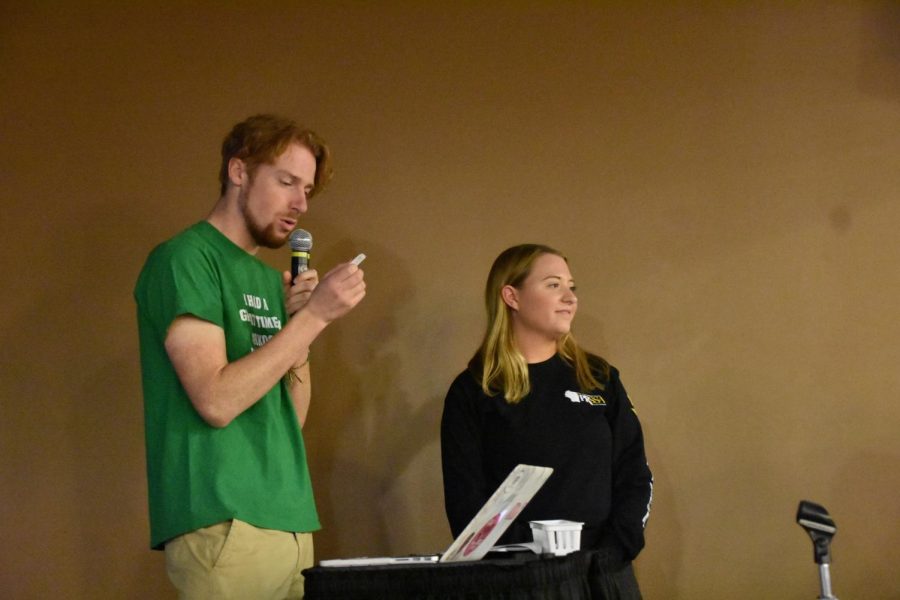 The campaigns class and the nonprofit OCVB hosted the event in the Titan Underground where trivia games were played and raffle prizes were drawn.

All students contributed to the event with responsibilities like marketing or social media or coming up with creative plans, but it was the class’ special events team who emceed and organized the night: Morgaine Prather, Jordyn Schraeder and Collin Brault. 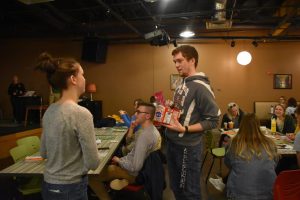 Brault said he’s passionate about the city and likes sharing his information with others and said that’s what made the campaign fun.

“It was nice to be able to create some questions about things I know about in Oshkosh and incorporate them while spreading the word about Oshkosh and everything it has to offer,” Brault said. “So it was fun backing a cause that I’m really about.”

Prather said she liked the campaign because it brought her class together, and she learned more about Oshkosh.

“It was an awesome event to put together with the class, and I think we all learned a lot about putting on a campaign, and it was nice to involve the campus community with our campaign,” Prather said. “We have a lot of cool opportunities once you get off campus, and I wish when I was a freshman or sophomore I would have known about them.” 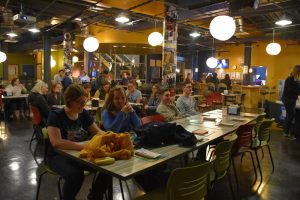 Lydia Sanchez Students fill the Titan Underground testing what they know about Oshkosh.

Schraeder said she liked the event because it was different from a typical classroom assignment.

“It was fun to work with the classmates in a more professional team-like dynamic,” Schraeder said. “Also working with the Oshkosh Conventions and Visitors Bureau gave us real-life experience of what working with a client might be like.”

UWO junior major George Panagiotopoulos said he had fun at the event and learned many facts he didn’t know.

“I didn’t know anything going in — I didn’t even know it was going to be about Oshkosh when I got here — but it was about Oshkosh and I had a good time,” Panagiotopolos said.

“I put all my raffle tickets in the Toppers bin, and I kind of took the house,” Panagiotopolos said. “I got lucky.”