‘Rocky Horror’ returning to the Time Theater this Saturday 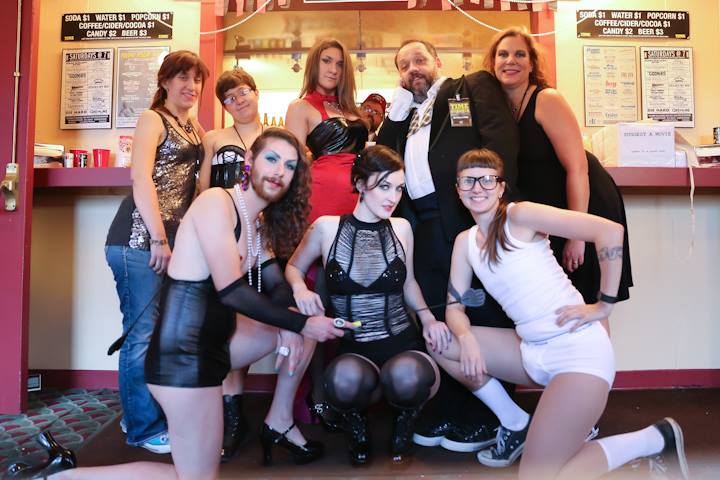 Each year, hundreds fill the Time Community Theater in a scene with nostalgia-fueled self expression that’s “unapologetically sexual in nature.”

The Time’s biggest show every year is the R-rated 1975 cult classic, “The Rocky Horror Picture Show.”

“Rocky,” as it’s often referred to by fans, returns Sept. 21 to downtown Oshkosh. The doors open at 6:30 p.m. with the show starting at 7 p.m. Admission is $10 and covers preshow entertainment and the feature film.

Philip Krause, president of the nonprofit board that runs the Time, located at 445 N. Main St., said “Rocky” brings in about 320 people on a slow year. One year, 411 people attended the event, nearly selling out the theater.

For the uninitiated, “The Rocky Horror Picture Show” is famous for being screened around the country, inviting fans to dress up in kinky outfits, sing along, generally mess around and have a good time.

Volunteer Eric Egan has hosted “Rocky” for the past four years and describes the movie and the event as “unapologetically sexual in its nature.”

“I think there’s just something very pure and fun about that kind of old throwback sci-fi, that you just get a warm feeling watching it,” he said. “And then to combine it with a bunch of attractive people running around in their underwear and singing fun songs, it leads to a great time for everybody.”