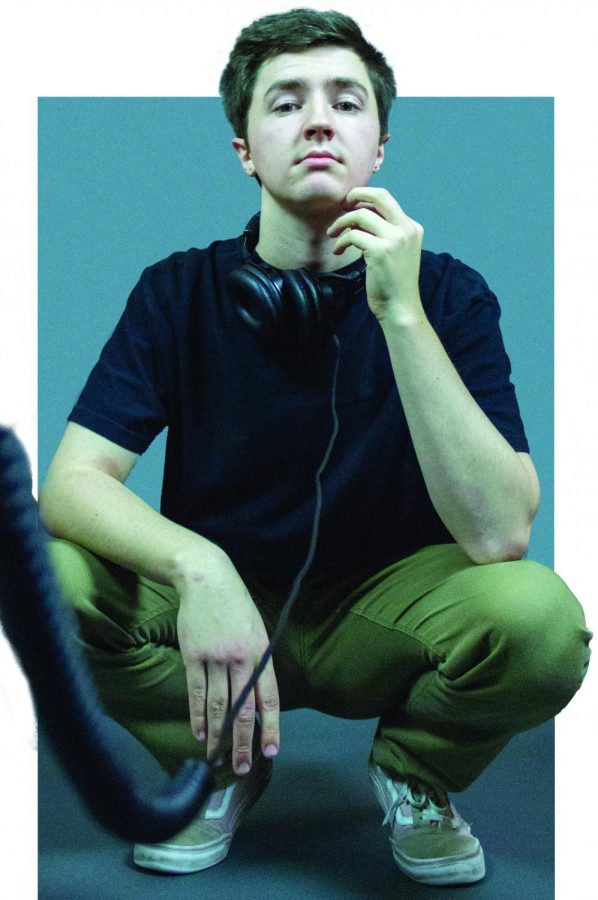 A UW Oshkosh student rapper, Chris Jewson, discussed his musical style, how he got into rapping, and his upcoming second album.

Jewson plans to follow up his first full album, “Thoughts of December,” with “Culdesac,” which listeners can expect in January.

Jewson began writing raps in the third grade, but didn’t become seriously invested in the craft until his sophomore year of high school.

When he first started honing in on his writing skills, Jewson said he was focused mostly on how to fit the most rhymes into his lyrics. But after a while, he began to focus more on the content of those lyrics.

“As I started progressing, I think I started focusing on saying more with less and making more powerful lyrics that maybe weren’t as dense lyrically, but they had more substance,” Jewson said. 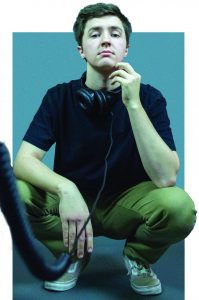 Jewson said that he aims to create lyrics that are complex and contain deeper thoughts, but avoid becoming too analytical in his songwriting.

“I still like to make people think. I love to fit in different internal rhymes and stuff, but if it doesn’t make sense, what the fuck’s the point?”

Jewson focuses on covering a wide variety of topics in his lyrics to remain fresh, but he generally strays from the often trite party songs.

“If all you rap about is the exact same thing on every single song, then eventually it just gets old,” Jewson said. “Mac Miller’s whole first studio album was a party album and if he had just kept doing that, people would have just looked at him like some sort of high school frat rapper.”

Jewson’s lyrics are often reflective; narratives of experiences and emotions are some of the most common themes in his works. His song “Rookie of the Year” reflects on a big turning point in his musical career that gave him a lot of encouragement.

In June of 2017, Jewson was invited to a rap cipher, an event where rappers and hip-hop artists freestyled and showed off their rhymes to a single instrumental. The cypher was recorded and was going to be showcased at an awards show in Dec. of 2017, where he was nominated for and won a rookie of the year award.

Jewson said the experience of having his talent recognized at the awards show was incredibly influential as it was the first time he was at an event where every person in the building was there for rap and hip-hop.

“It made me proud to be a hip-hop artist, to be a rapper, to be involved in this scene,” Jewson said.

Later that month, on a trip to Chicago, Jewson got the inspiration for his song “Hotel Rooms,” which then spawned the idea for his album, “Thoughts of December.”

Jewson’s song “Hotel Rooms” explores his own realization that he struggles with anxiety. Jewson found that when he was going through a breakup or having a fight with a friend, writing lyrics was an effective way for him to express and process his emotions.

“Sometimes you get great art out of it, sometimes you just get a lot of messy notepad paper,” Jewson said of writing through emotional complex situations. “Some of my best songs writing-wise came from places of real emotion.”