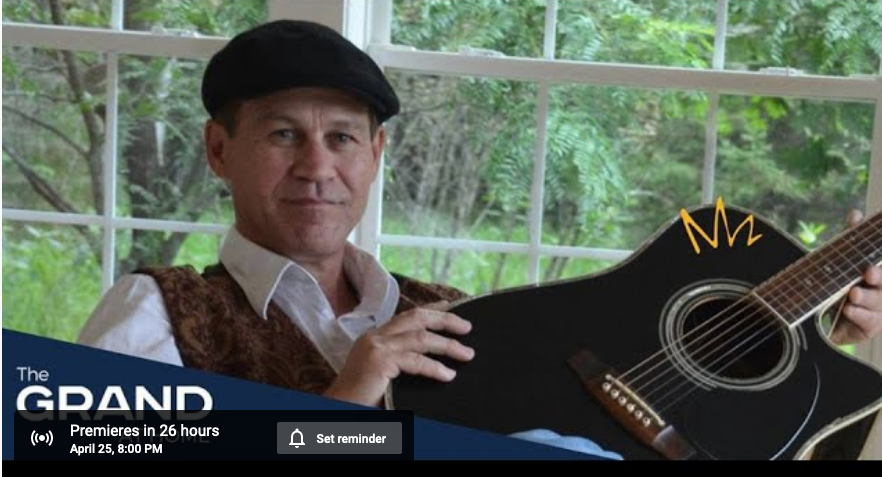 The Grand Opera House is offering free online performances this weekend as part of its Grand at Home series. This weekend’s performances will feature two local Wisconsin musicians.

Julio Reyes will perform today starting at 8 p.m. Reyes is a genre-bending multi-instrumentalist born in El Salvador. He performs the trending pop music of today with the feel and musicianship of groups from the 70s and 80s. The music stretches all the way from Robin Thicke, John Legend, and Justin Timberlake to Stevie Wonder, Michael Jackson, and Herbie Hancock.

At the age of 12, Counter began his musical journey in front of live audiences, and his love and passion for the art continues today. He’s opened shows for artists like The Marshall Tucker Band, Toby Keith, John Kay of Steppenwolf and Martina McBride. Counter has also sang the National Anthem at two historic stadiums, Lambeau Field and Wrigley Field.

As a singer and composer, County has been successfully involved in jingles for both radio and television. His original music appeared in a Robin Robert’s ABC TV special, “In the Spotlight,” feature Tim McGraw and Loretta Lynn.

Although the performances are free, The Grand is also accepting free-will donations, with contributions split evenly between the artist and The Grand. You can donate at https://bit.ly/GrandatHomeSquare.