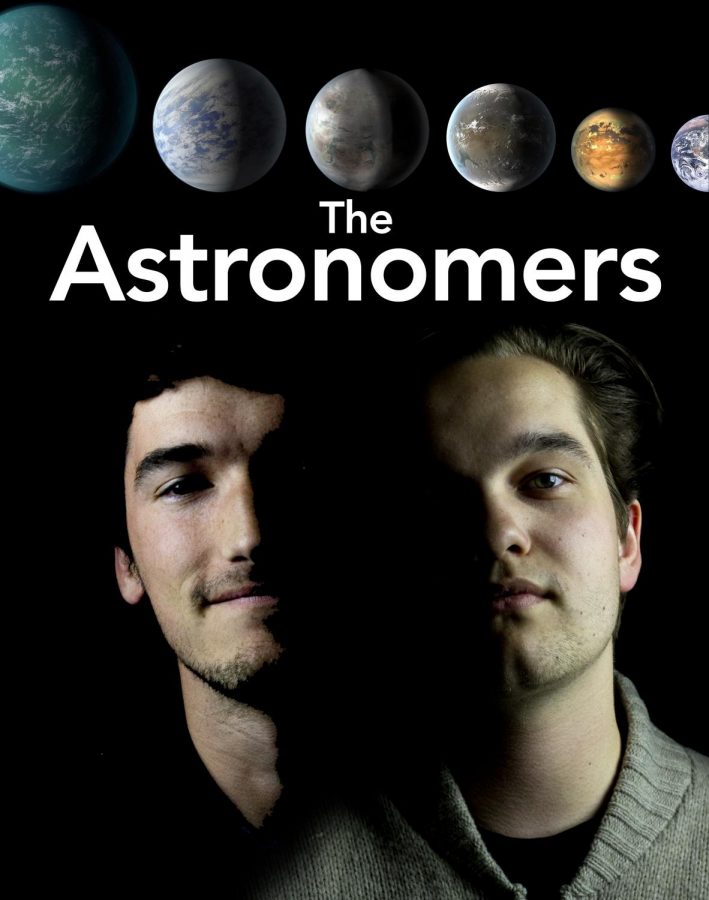 The Astronomers, a pop-duo comprised of UWO students Ben Baker and Michael Stensland, talked to The Advance-Titan about their new song which has been picked up by local radio stations, their upcoming EP release and production during the pandemic.

“We dropped our debut EP back in July, and that was like our first sound that we were going for, so all the songs up until then had a kind of distinct, different sound to them,” Stensland said of “Sinking Ships and Story Tales.” “But since then, we’ve been evolving into what we want to sound like; we like this indie, jazzy, funky kind of sound, and it’s definitely the sound we want to go for.”

This rings true for their recent release, “Overthinking,” which has racked up over 100,000 plays on Spotify since its release. “Overthinking” is dominated by an energetic piano track and head-nod-inducing drums.

Another noticeable difference in “Overthinking” is the quality of the vocal production. Prior to the pandemic, Baker and Stensland had outsourced their vocal mastering to various artists with more expertise.

“Every song [on “Sinking Ships and Story Tales”] kind of sounded stylistically different,” Baker said. “With COVID, we’ve really been able to sit down and figure out our kind of production chain for vocals.”

As a result, they’ve been able to hone a more unique, consistent style for their vocals, which they think will lead to a more authentic sound in their upcoming EP.

“Overthinking’s” success isn’t limited to Spotify or the internet, though. It’s been picked up by 101.01 WIXX in Appleton and Sunny 97.7 in Fond du Lac, as well as UWO’s student-run radio station, 90.3 WRST.

“I knew they had this ‘Ya er No’ segment where people could tweet or go on Facebook or whatever and say whether or not they liked it, and it’s kind of like a one-time thing,” Baker said. “So I found the email for [WIXX disc jockey] Otis Day, and a few weeks later I got an email saying they were going to add it to their station.”

Baker said “Overthinking” is still in a ‘spike category,’ so it’s not in WIXX’s full rotation yet, but is in a sort of trial phase where it’s played about 15-20 times a week.

The success they’ve seen locally on the airwaves and on the internet is a good omen for The Astronomers as they continue working on their next EP, “The 2000s,” slated to be released in late February or early March 2021.

Baker and Stensland said they’re aiming for an overarching theme of nostalgia in “The 2000s,” hoping to capture a bit of both the universal and the specific in each song.

“The production is really going to catch people off guard,” Stensland said. “There’s a lot of cool stuff people aren’t going to be expecting, but if they’ve heard ‘Overthinking’ or ‘Drinking on a Tuesday,’ they can kind of start to see we’re changing some stuff up.”

The EP will showcase their overhaul of their production style. Not only have Baker and Stensland distilled their vocal productions, their entire songwriting process has flipped.

“For most of the songs on our last EP, I’d make a cool production, and he’d be like ‘Oh, I’ll write on that,’” Baker said. “But basically for this whole EP it’s been like ‘Check out this song I wrote,’ and I’ll get really inspired and be like, ‘That’s sick, let’s make this right now.’”

The pair’s growing experience producing music has also given them a better understanding of one another’s musical styles.

“Because I know where Ben wants to go with production, I’ve been kind of tailoring my style — whether it’s lyrics, rhythms or melodies — to what I’m assuming he’s going to produce to it,” Stensland said. “We’re writing more interesting topics, and it goes better with an interesting production.”

For now, The Astronomers are pushing full-steam ahead on “The 2000s.”

“It’s gonna be kind of like a surprise attack,” Stensland said. “It’s gonna be like, ‘bang: single,’ ‘bang: EP;’ we’re not going to be waiting two months to drop something.”