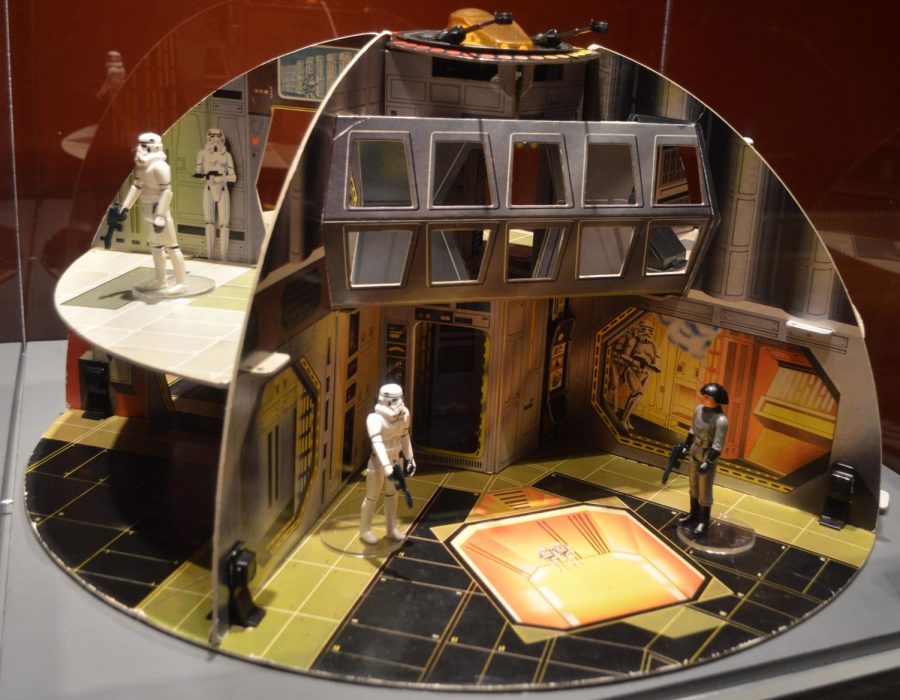 When “Star Wars” hit the movie theaters in 1977, it instantly became a box office hit and quickly became widely popular among both kids and adults alike.

After the movie was released, fans immediately looked to miniature-sized toys with their favorite heroes, villains, creatures and spaceships to harness the legendary action and excitement that “Star Wars” embodies.

From 1978 to 1985, Kenner Products manufactured hundreds of action figures, vehicles and playsets based upon characters and items featured in “Star Wars,” “The Empire Strikes Back” and “Return of the Jedi”.

The owner of the toys, Jarrod Roll, has been a huge “Star Wars” fan since he was 4 years old and developed the idea to put together the exhibit in 2015 when “Star Wars: The Force Awakens” was about to hit theaters and people had renewed interest in the franchise.

Throughout his childhood, Roll’s family had gifted him “Star Wars” toys on many holidays, so over the years, he accrued quite an impressive collection.

A colleague suggested he show off his collection, giving Roll the confidence to put together his first display at the Monroe County Local History Room and Museum in Sparta, where Roll serves as the director.

Roll said he encourages people to bring their families and friends to the exhibit because “Star Wars” spans generations.

Tammy Malewski, marketing coordinator at the museum, said while it’s not a typical museum exhibition, the toys are still a part of history.

“It’s an exhibit that will appeal to all generations, so families can come together to see where the billion-dollar franchise all began,” Malewski said. “Children can see what their parents grew up playing with before newer characters like Rey and Poe were introduced.”

Due to COVID-19, the Oshkosh Public Museum asks that interested visitors purchase tickets in advance to attend.

Reservations, which are required, will allow visitors easy check-in when they arrive and align with safety precautions for the ongoing pandemic.

The museum is not offering refunds or exchanges, so make sure to reserve a date and time that will work for you.