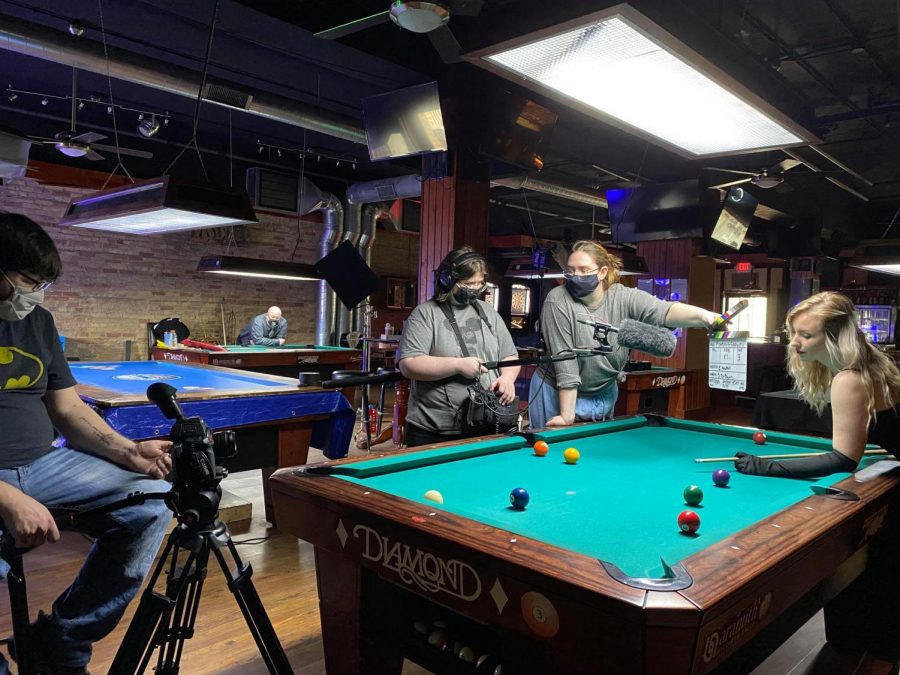 "Finding Gravity" asks the question, Can a game of pool save a man's life?

Since the showcase is not open to the public this year due to the pandemic, they will premiere the shows on YouTube starting at 6 p.m. May 17.

The films were made by students in the RTF 440 Advanced Visual Production course taught by Beth Hubbard. The students have spent about 14 weeks writing and producing their films.

The four films include:

“Finding Gravity” asks the question, Can a game of pool save a man’s life? Is it even worth saving? Echo Watters is the director, Shiloh DeBauch is the writer and cinematographer, Michelle Van Asten is the producer and Lexie Williams is the editor.
“The Ghost of You” follows a young widow overwhelmed with grief and her decision to move forward. Nolan Fullington is the director, Rachel Lukas is the writer and editor, Tanner Carlson in the cinematographer and Will Dauss is the producer.
“My Victorian Friend” is about a modern woman who is stuck

dealing with a Victorian woman, and learns a thing or two in the process. Shannon Kannenberg is the director and writer, Jake Socha is the cinematographer, Robert Turner is the producer and Alaina Verstegen is the editor.
“The Internal Monologue” follows an aspiring actress who meets her worst critic at an audition. Rachel Bartelme is the director and writer. Kyle Winek is the cinematographer, Thomas Locke is the producer and Ben Jung is the editor.

To view the films on or after May 17, go to https://www.youtube.com/channel/UC4dSZaVR2kd1TekupIwZkeA.