Titan Thunder will debut in Fall 2022 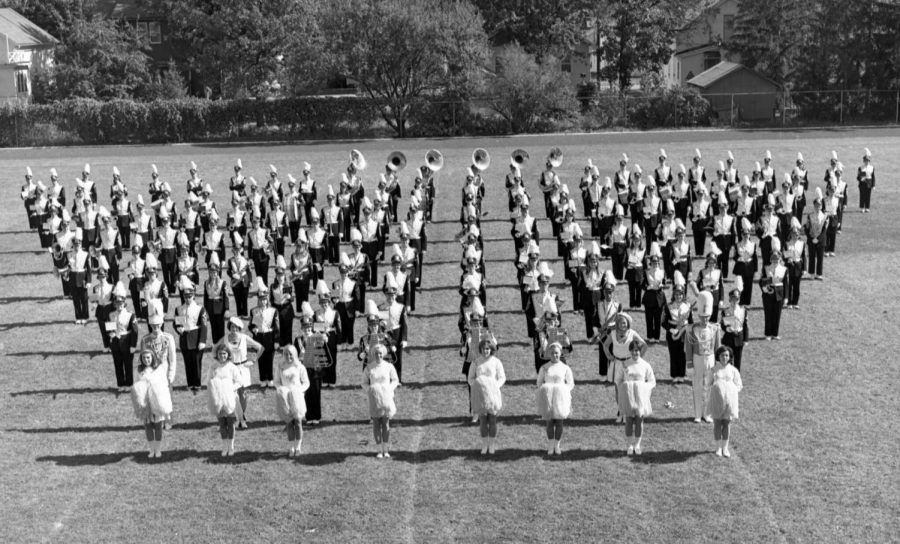 The UW Oshkosh marching band performs at a football game in about 1969. (All photos courtesy University Archives)

UW Oshkosh will soon have a Titan Thunder marching band, as the recruiting process and preparation will be happening in the 12 months leading up to the new group’s debut in Fall 2022.

This will be the first time that UWO has had a marching band since operations were halted for the Marching Titans in 1980 after performing for 18 years. But UWO marching bands date back to at least 1930.

Joseph Scheivert, the new director of athletic bands, will be responsible for directing and assembling the Titan Thunder, and his goal is to lead a group that will congeal crowds and add to the experience of being a UWO student. He even plans on making the marching band performances an interactive experience between musicians and audience members.

“It is my hope that we can create a sense of UWO nostalgia and identity where athletes, students, alumni and the community can feel at home and full of Titan pride,” Scheivert said. “I love getting song requests from the audience, though we certainly can’t honor them all.”

Scheivert, who most recently served as the assistant director of bands at Kennesaw State University in Kennesaw, Georgia, emphasizes the importance of mixing enjoyment with business and hard work.

“Personally, I try to bring high energy and humor to my rehearsals,” he said. “Previous students often note that I know when to get down to business and when to have fun. I expect

the same of my students. We can be a great organization and have a great time doing it.”

As someone who has written various musical compositions, Scheivert brings recent experience to UWO’s marching band.

“[I] was later a graduate assistant with the Penn State and Iowa bands, where I wrote marching drill and music arrangements and handled administrative tasks,” Scheivert said.

For those on the fence when it comes to joining the Titan Thunder next year, UWO’s new director said that playing experience is all that one would need; he plans on teaching those who have not marched before, and just like with the symphonic and wind ensemble bands, students of all majors are welcome.

“If you can play a band instrument, spin flags, or twirl batons at a high school level, give it a try,” he said. “You don’t even need to have marched before. The band will be open to students in any major at any UWO campus.”