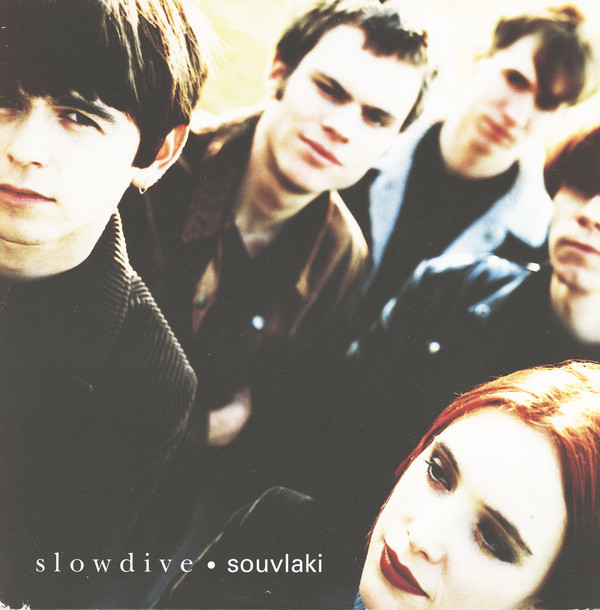 Courtesy of Souvlaki Album / Advance-Titan Slowdive by the indie pop group Souvlaki created a dreamy alternative pop genre that is appreciated by many. The album was released in 1993.

The 1990s had a surge of incredible alternative rock and pop albums.

Many bands were making spaced out, dreamy music, with huge textures and soundscapes. In fact, there was a whole sub-genre of music emerging from the United Kingdom that utilized dreamy and distorted guitars.

The music was often woozy and atmospheric. These bands used their vocal melodies as an additional instrument to add to the dreamy feeling of the music, instead of the vocals being the main focus.

Slowdive released “Souvlaki” in May 1993. The album was met with intense criticism and unnecessary disdain toward the band.

But years later, the album is seen as an essential one in the dream pop genre. “Souvlaki” is a heavy-hearted, coming-of-age album that deals with the emotional turmoil that is associated with growing older.

The album is mostly centered around a breakup that involves Rachel Goswell and Neil Halstead, who both play guitar and sing in the band. The album is written from Halstead’s point of view and he is the main lyricist throughout.

The guitars sound otherworldly, as they are buried in layers of reverb and delay.

Slowdive’s guitar parts are fairly simple throughout the record, but the use of effects makes the music seem complex and intricate. The guitar melodies swirl and bounce around in the song to create transcendental sounds.

Another standout track from this album is “Machine Gun.”

Goswell takes over on the singing for this track and her high-pitched vocal melodies accompany the instrumentation well. Halstead contributes to the vocal melody for the chorus and the contrast between their voices is a nice addition to the song.

The drumming on this track is nothing convoluted, but it keeps a nice groove for the duration of the song.

On many of these songs, the guitars are the main focus, which is typical in the dream pop genre, as listeners typically enjoy the guitar playing the most.

“40 Days” is another track that listeners should pay attention to on “Souvlaki.”

It is one of the catchier songs on the album, and Halstead’s singing pairs gorgeously with the reverb-soaked guitars. The song is one of the many on the album where Halstead is dealing with the breakup with his fellow band member.

At the time of this record, Halstead was explaining that if someone new were to enter his life he wouldn’t notice them because he was still infatuated with Goswell.

The atmosphere of the music and the lyrics that accompany it are undeniably fitting. The vocals are again buried in reverb and used as additional instrumentation instead of the main focus of the music.

The lyrics are unimportant throughout the record because the band gets their point across through the sounds they create.

The closing track of the song titled “Dagger”, is the most naked song on the record as it consists of only Halstead’s vocals and guitar playing.

Compared to other tracks, the guitar playing on this track is quite comprehensible.

Halstead wrote this song by himself, isolated from the rest of the band.

This song is an excellent way to end “Souvlaki” as “Dagger” encompasses themes of heartbreak, loss and reflection. It encompasses most of the lyrical themes on the album and concludes the record in a simple, but beautiful way.