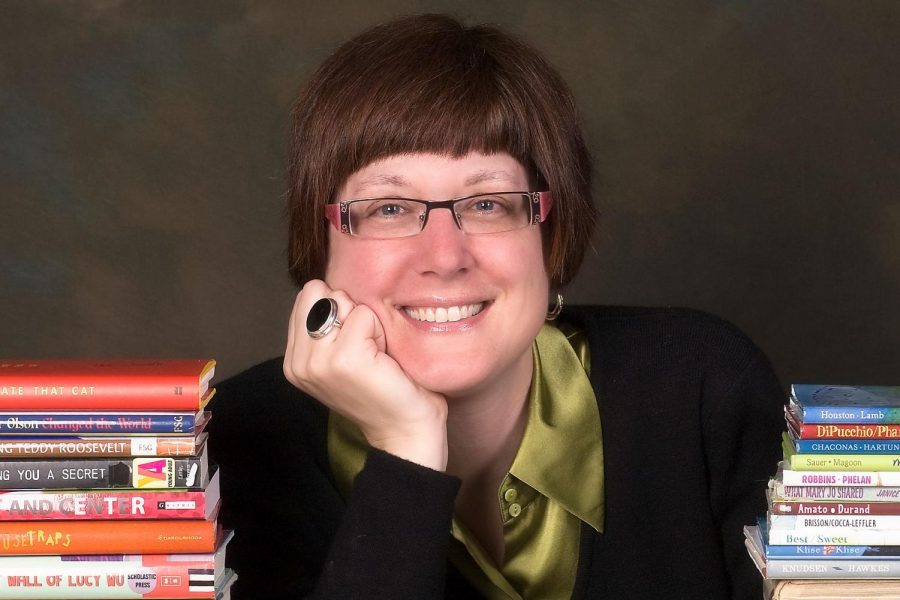 Courtesy of patzietlowmiller.com Pat Zietlow Miller was a double major in journalism and English here at UWO.

A New York Times best-selling children’s books author and UW Oshkosh alumna says she tries to “write the book that I would have wanted to read or maybe needed to read” as a child.

She’s been successful doing just that. On Oct. 12, Pat Zietlow Miller will release her newest children’s book, “What Can You Do With a Rock?”

The story follows the creative possibilities of a simple stone, and comes after her August release of “Be Strong,” a sequel to her critically acclaimed “Be Kind.”

While “Be Kind” spent nine weeks on the New York Times bestseller list under children’s picture books, Miller’s other books have also won a multitude of awards. For instance, “Sophie’s Squash” earned the 2014 Golden Kite award and 2014 Juvenile Literature award.

Although Miller has certainly proven herself in the children’s book community, her love for writing could also be seen when she was a student at UWO.

Miller knew she wanted to be a newspaper reporter, but she also had a passion for literature; she graduated from Oshkosh with a double major in journalism and English.

Both of these degrees certainly treated Miller well, as she worked as a reporter for multiple newspapers in Wisconsin and as an editor for multiple insurance companies before committing full-time to working on her own books in June of this year.

“Moving from journalism and corporate communications to full-time book writing took me a bit because writing picture books isn’t a career where you can consistently expect to make a lot of money on a regular basis,” Miller said about her transition to writing books.

Before her first 13 books were published, Miller was still working her day job at American Family Insurance.

“Many, many writers, even the well-known ones, still work day jobs,” Miller said.

She said her time working as a reporter and editor gave her a “leg up” in the world of book writing. Miller used this time to fine tune her skills of writing on deadlines and revising her work, which would certainly come in handy while writing the 23 books she has sold.

While writing her children’s stories, Miller often looks back upon her own childhood and draws inspiration from life and family.

Miller said she is consistently creating new work while also hosting webinars and virtual writing workshops. Readers interested in Miller’s current works, webinars and workshops can keep up with updates on Miller’s Facebook page or website.