‘A Bear in Winter’ debuts on stage 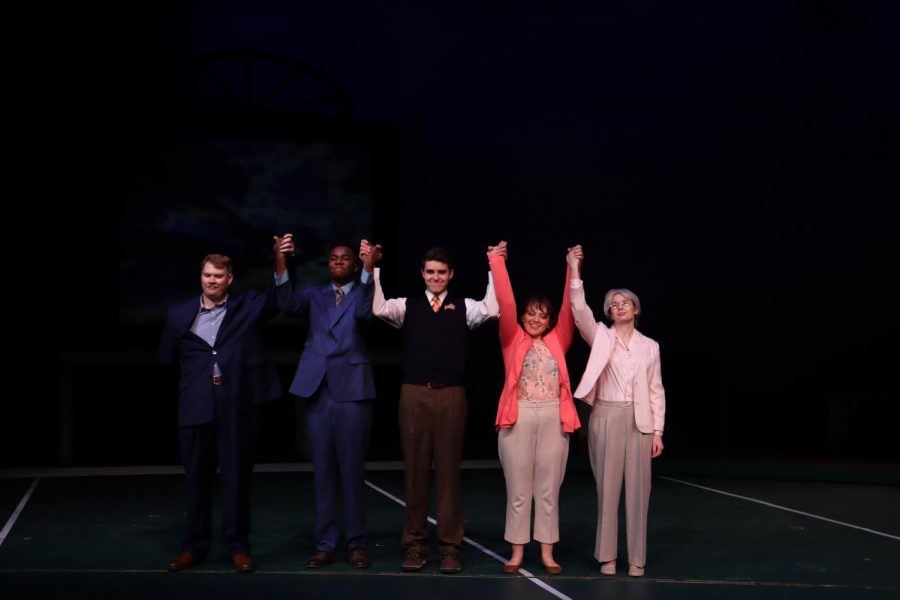 “People should come see the show because it is making its world premiere here at UWO and was written by a UWO faculty member during the unprecedented global pandemic,” said Kyle Klein, the play’s production manager.

“A Bear in Winter” is about a college football coach Pete who loses his way after he is suddenly fired. Pete’s mother and his rock, Katherine, has dementia and is not doing well. Pete is faced with living a life without her. He eventually meets a friend, learns to love and restores his identity.

Kalinoski said that the message of the play is about finding your path and your way of life when you are faced with obstacles.

“A Bear in Winter” is intended to be about an obtuse man, head football coach Pete Angeline, in crisis, a challenge to his identity and purpose,” he said.

Drake Hansen, who plays Pete, said that he loved playing the character because of the emotional challenge that it gave him.

“The thing that sets him apart from other characters, which is also why I love playing him, is the grief that he carries throughout the show and also how he deals with that,” he said. “It’s a very interesting mindset to have to play with and it’s made me have to go down different avenues and bring out different techniques that I otherwise would not use.”

Hansen said that people should see the show because there are elements that will resonate with the audience.

“This show can pull you in,” he said. “It seems like a typical story, but then it has a lot of reality warping elements that really makes a person think about life and how we as humans deal with life.”