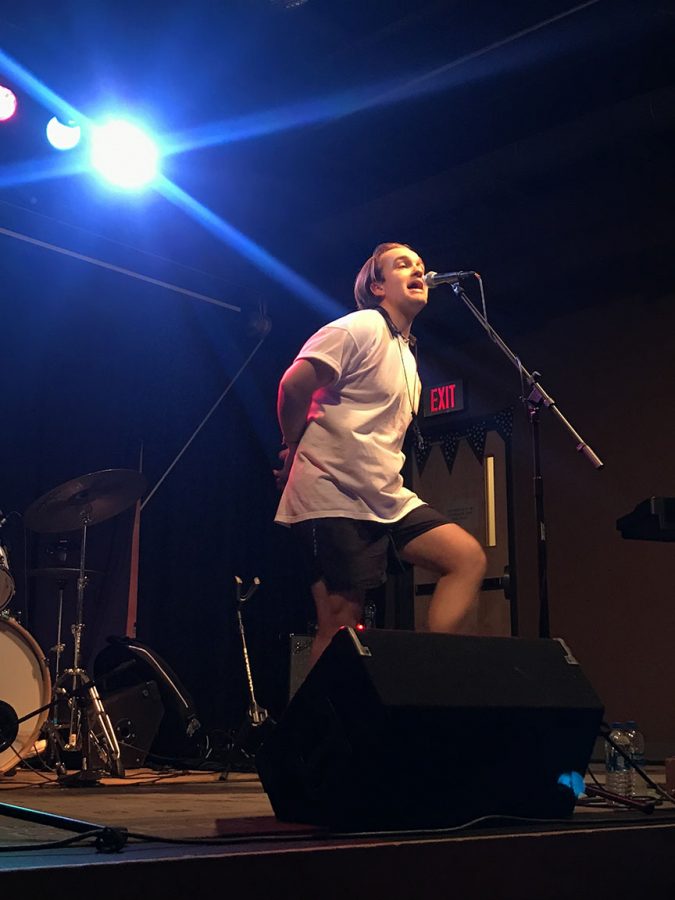 From the farthest corner of Titan Underground, the return of live music filled the venue once again with belted melodies, rattling bass and the ring of a steel string.

UWO students and faculty couldn’t help but tap their toes as they attended the campus’ annual Battle of the Bands Nov. 18, which featured three local acts.

With each act exploring starkly different genres, the event had something nearly everyone could enjoy as they took a break from studying to sip their coffee, visit with friends and immerse themselves in the cathartic experience of live music.

To kick the night off, UWO Senior Ken Yerkes opened with just his guitar and some twang. His country ballads seemed to come straight out of Nashville as he blended genres like blues and folk.

Yerkes’ acoustic set set him apart from the other acts, making his set perhaps the most heart-felt— and certainly one to remember.

Following Yerkes, alt-pop duo The Astronomers provided UWO students with their familiar faces and catchy melodies that have been picked up by local radio stations 101.01 WIXX from Appleton and 90.3 WRST from UWO.

The band’s performance of their most popular Spotify release, “Overthinking,” was enough to bring people from the audience to their feet to dance along with lead singer Michael Stensland’s charismatic stage presence.

Will Simpson, a fan of the Astronomers, attended the band’s audience-engaging performance in his efforts to support local bands.

“They brought lots of energy,” Simpson said of the Astronomers. “They got the crowd moving.”

Although the lively performance of The Astronomers was difficult to follow, The Stinkeyes, from the “depressed Midwest,” proved to be up for the challenge.

The Stinkeyes’ driving punk beats and high-gain guitar paired with Emily Kapellush’s raw vocals were successful in earning the band the winning title at Battle of the Bands.

“It’s a new song with lots of energy,” Kappellush said. “There is a juxtaposition between the various movements of the song.”

The skunk-punk trio’s music is perfect for anyone that craves the high-intensity brought by bands like Amyl and the Sniffers, Girl Germs and The Pixies, all of which have influenced The Stinkeyes.

Following their victory, The Stinkeyes relished in the memory of their high-energy show as they brought punk to the stage.

“It was validating to know that we had people who are as excited about the irresistible advent of skunk punk as we are,” Kappellush said. “We’re hellbent on leaving our scent.”