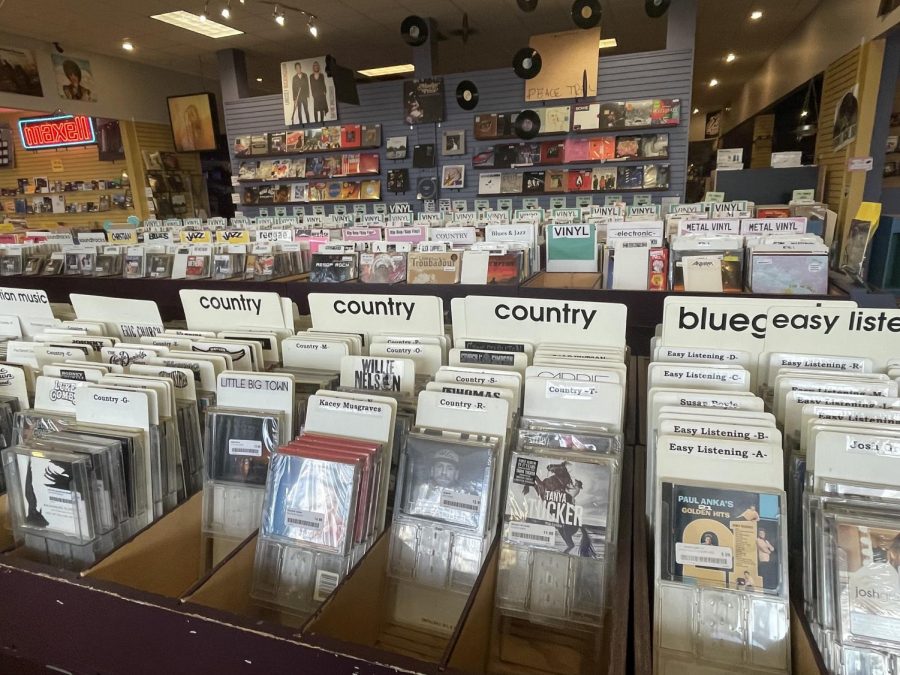 Kylie Balk-Yaatenen / Advance-Titan The Exclusive Co. in downtown Oshkosh is Oshkosh’s own time capsule with media from the present and going back throughout the years in their store displays.

The Exclusive Co., located in downtown Oshkosh, creates an old-time atmosphere for music and entertainment lovers to purchase new and used records, DVDs, DJ equipment and much more.

“You don’t see many local record stores anymore, and we offer things that you can’t find at Target or Walmart,” said Isaac Lamers, the record store manager. “The store creates a vibe and it is almost like stepping into a different decade.”

According to their website, The Exclusive Co. is America’s oldest full-line independent record store. Owner James Giombetti, who died on Nov. 13, was known to many as Mr. G and for his catchphrase, “Say it with me.”

Giombetti started his career selling records out of the trunk of his car and at flea markets. He opened the first store in 1956 in West Bend, Wisconsin. He sold records and then slowly expanded his inventory to include other things like turntables, portable audio equipment, TVs and stereo systems. After the success of the first store, Mr. G was able to expand his store and opened his second location in Oshkosh.

Lamers said that some of their coolest items are the turntables and records because they are hard to find on Amazon or in other stores. He also said they sell records that are limited edition that artists only put out twice a year on World Record Day.

“We carry records and vinyls that people only find in independent record stores,” he said. “The combination of a music and audio device store makes us unique.”

Britney Woolever, a student at UWO, said that she likes that there are so many things to find in the store.
“It’s crazy how many things they sell in one store,” she said. “ It’s so fun to look at all the old DVDs that I used to have.”

She said that the atmosphere of the store is what keeps her coming back.

“It really is like a part of history or something you would see in an old 80s movie; it’s kind of magical,” she said.
Lamers said that it is really important that younger people shop local and get involved with music and art.