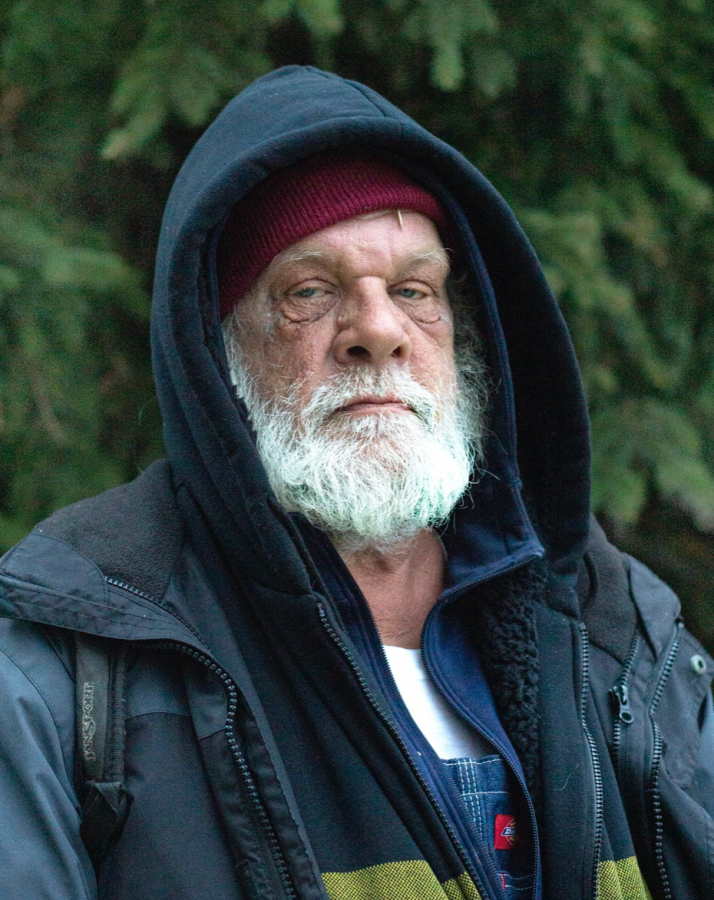 Don Eshelman became homeless after losing his job in Mayville due to the 2008 financial crisis.

Shortly before 6 p.m. on Sunday evening, a group of people gathered across the Osceola Street from the back of Most Blessed Sacrament Parish, hoping to be one of the 25 let into the Day by Day Warming Shelter.

It was a warm and sunny day, but as the sun went down the chill night air was full of premonitions of the coming volatility of Wisconsin winters.

People who are homeless face drastic dangers such as exposure, hypothermia and frostbite during the frigid winter months, especially if they’re unable to find shelter out of the cold. Day by Day Warming Shelter, located at 449 High Ave. can house up to 25 people a night, according to the shelter’s executive director Matt Johnson. When more than 25 people show up, the shelter is forced to turn people away.

“Some nights we’re at full capacity, some nights we’re not,” Matt Johnson said. “There’s a lot of different reasons for those circumstances, but most of the time we are at capacity, and unfortunately we do have those occurrences.”

During extreme conditions, through coordination with the police department the shelter is able to expand their capacity to accommodate more people in need of shelter and safety.

“”Last year during the polar vortex we had to expand our capacity through our emergency protocol, so we had, I think, 42 guests in our shelter,” Matt Johnson said.

Day by Day operates from mid-October through mid-April, during the most brutal winter months. They see a very diverse crowd come through their doors each night.

Johnson said that they see people in the shelter due to a whole host of different circumstances, but the two most common are alcohol and drug addictions and mental health concerns.

“Surprisingly, being homeless is not fun,” Matt Johnson said. “A lot of people don’t choose that. 166 individuals used our shelter last year. I’d say of those 166, maybe 10-15 are chronically homeless.”

Chronic homelessness is a definition given by HUD Exchange which means that a person has been repeatedly homeless or homeless for over a year while battling mental illness, disability or substance abuse.

“There are a number of different reasons why a person would choose to be homeless, but factor no. 2 and factor no. 2 are usually drugs and alcohol and mental illness,” Matt Johnson said.

That’s not to say that people who don’t use drugs or alcohol or suffer from mental illness can’t become homeless either. Nearly one in five Americans are living paycheck to paycheck, meaning their financial situation is very fragile.

“That’s a bad day at work, that’s a car accident, that’s a medical bill that can set you on your way to homelessness,” Matt Johnson said. “Last year, we had a person with a master’s degree in communications that was in our shelter. He wasn’t uneducated, he had opportunities, you know. He just fell on bad luck.”

Bad luck can come in many forms, but it doesn’t discriminate, and it’s not as distant as one might think. It’s what happened to Jeremy Jent. On Dec. 1, 2018, Jent was staying in a rooming house on New York Avenue in Oshkosh when he was nearly stabbed to death by another man staying at the rooming house.

“That was scary,” Jent said. “That’s pretty much how I got homeless. I couldn’t work at the time, lost my job, fell behind in rent, so I got kicked out. That’s how I ended up on the streets.”

Don Eshelman’s story is like that of many Americans who lost their jobs in the slew of layoffs following the 2008 financial crisis.

“I was a temp working in a place in Mayville called Mayville Engineering Company and of course when they had the big layoffs, the temps were the first to go.”

Eshelman stays at Day by Day, but he said it’s hard the first few weeks before the shelter opens due to the cold late-fall weather.

There are other invisible challenges facing the homeless in Oshkosh as well. The first and most poignant is that Oshkosh doesn’t have all the necessary resources to support the approximate 200 homeless adults in the community.

“It doesn’t seem like our community would be capable or even have the quantity to have 200 homeless people — I mean, that’s 50% higher per capita than Milwaukee County — but they’re here,” Johnson said. “We need the resources available to match the population we’re serving. I mean, our shelter holds 25 people; that’s like 10% of that population.”

The stigmata surrounding homelessness tend to distance people in positions to help the homeless from the real human beings in need of help.

But addressing issues of homelessness is actually the best way to curb the problems stereotypically associated with people who are homeless.

“A lot of other community ailments, like dealing with high arrest rates, dealing with mental illness, they all can be improved with the homeless population if they’re just provided a place to stay,” Johnson said. “As long as shelter is provided, those other issues automatically start decreasing.”