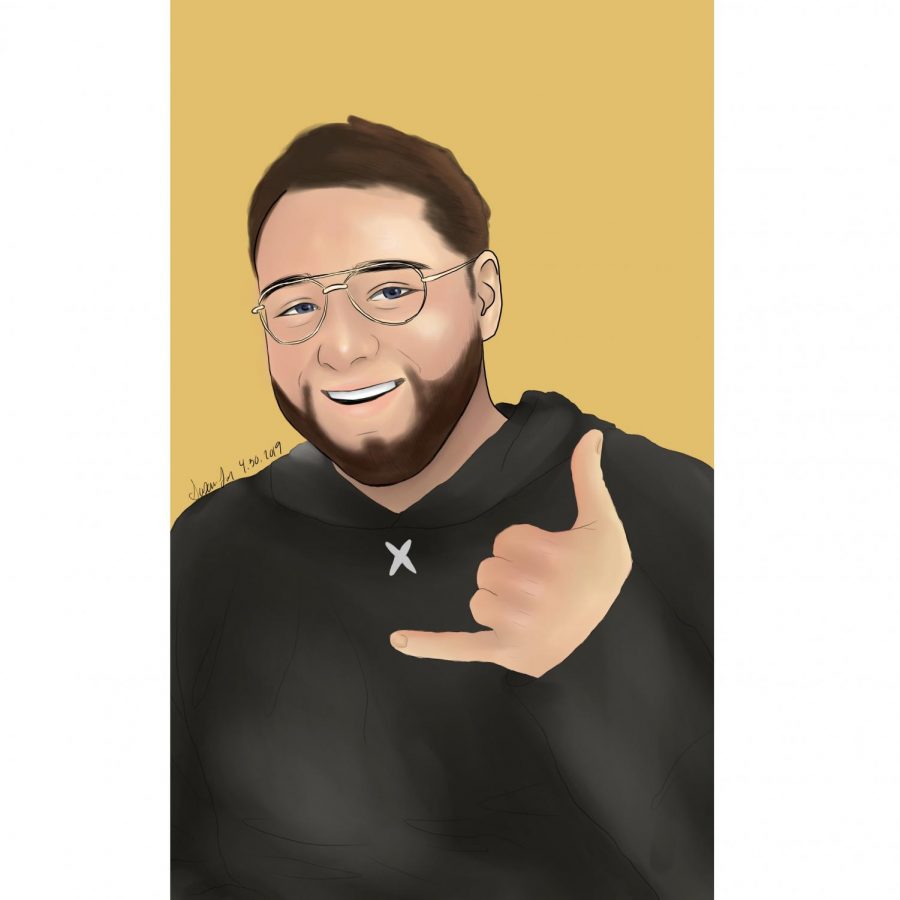 Hello friends, Evan Moris here. I am a radio/TV/film major with a minor in history. I was born and raised in the Madison suburb or Mt. Horeb, Wisconsin. Oshkosh has been my home for last five years and in a number of days, I will be graduating.

Let me tell you how I got here.

The first day I had ever been to Oshkosh was for my Odyssey Day when I was 18. In fact, I had already enrolled at UW Oshkosh with no tour and no previous family who attended here. All my eggs went directly into the Titan basket.

I was placed in Donner Hall, and I did not enjoy that very much. That dorm was ungodly terrible. Donner should be strapped to a rocket and sent into outer space. Then I got lucky: I received my roommate, a kid named Forrest Havens.

My roommate for four and a half of my five years at UWO. Next, two of my childhood best friends were on the same floor as me, Calvin “Chip” Skalet and Alex “Al” Thompson. It wasn’t long before we picked up a fifth in our group, Tate Cocking.

We had assembled a dream team.

Together we signed a lease at the end of our sophomore year at 719 Wisconsin St. Our squad was unlike every great dynasty in history — there was no divide, no falling out. Merely a perfectly grouped bunch of individuals.

We didn’t know it then but when we look back at it, it was the greatest choice we had ever made.

Our home wasn’t for everyone, but it was perfect for us. We named it “719.” Six bedrooms (one guest bed), two living rooms, two bathrooms, two kitchens, one huge private parking/backyard and five dudes living the college dream.

We spent two whole years in 719. Those who entered our house almost always left with a story to tell. There was sense of community inside 719 that I have never felt anywhere else in my life. In all, 719 had great times with better people.

After our second year in that house, we had to say goodbye to Al as he graduated. The rest of us were ready to move on from the glorified favela we called 719.

As year five as a Titan was looming, Chip, now the new editor-in-chief at The Advance-Titan, texted me on August 15, 2018, asking me if I would be the assistant sports editor for the paper. I was a busy boy with school, an internship and job. So naturally, I agreed to the position.

Throughout my time with the A-T I did cool things like travel to Fort Wayne, Indiana to watch the UWO men’s basketball team win their first national title.

Thank you to my friends at the copy desk, I’m sorry for the times I made you stay late and read sports articles. Love you guys.

Thank you to my writers, Billy Piotrowski, Alexis Durkee and Colan Treml. I’d take a bullet for each and everyone of you.

To every A-T staff member, thank you.

Lastly, to Barb Benish, thank you for putting up with myself and all of us at the A-T you truly are an animal.

And that, my friends, is how I got to this very moment in time.