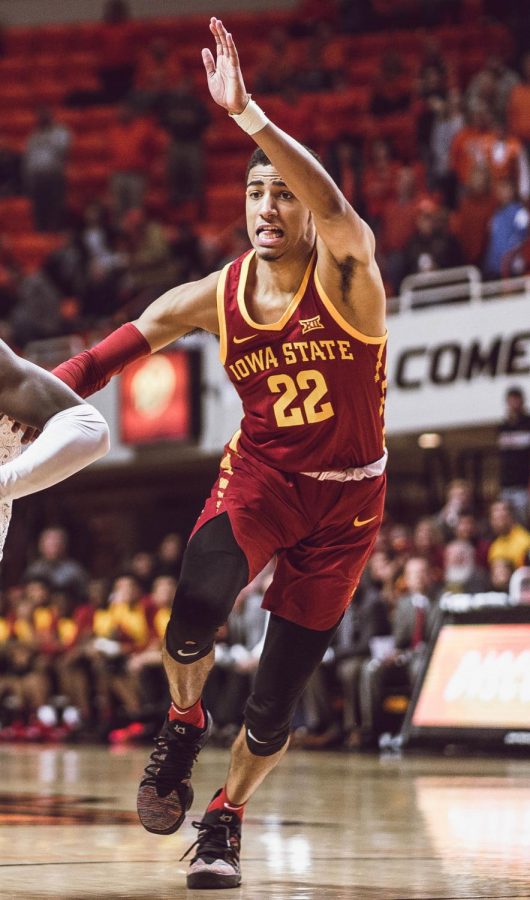 Oshkosh native Tyrese Haliburton has declared for the 2020 NBA draft, and is ranked as the seventh best college basketball prospect by ESPN’s Top 100.

Haliburton announced his decision to enter the NBA draft and forgo his junior year at Iowa State University in a video he posted to his Twitter account around noon on March 24.

“Playing at Hilton Coliseum in front of all you guys every night was a dream come true,” Haliburton said in his video announcement. “After talking with my family, we have decided that it is in my best interest to declare for the 2020 NBA draft.”

In his declaration video, Haliburton thanked God, his parents, teammates, coaches and the Cyclone Nation for their love and support.

“Being a kid from Oshkosh, Wisconsin,  I didn’t know what to expect coming in,” Haliburton said.  “When I decided I was coming to Iowa State University the support I got on social media was ridiculous. But the love I got in person was even better.”

The hype around Haliburton has been increasing as CBS Sports Insider Gary Parrish has predicted Haliburton will go sixth in the 2020 NBA draft, and Rob Dauster of NBC Sports put Haliburton at fifth in his mock draft.