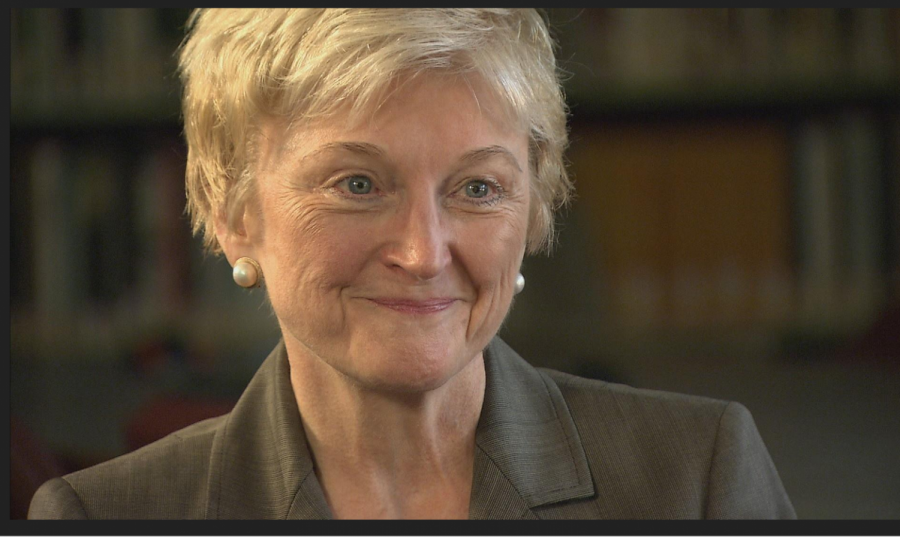 Chief Justice Patience Roggensack was one of four to rule that the Evers' administration overreached its authority when Department of Health Services Secretary Andrea Palm extended the Safer at Home ruling to run until May 26.

The Wisconsin Supreme Court ruled 4-3 today that Gov. Tony Evers’ administration overreached its authority when Department of Health Services Secretary Andrea Palm extended the Safer at Home to run until May 26.

According to the Associated Press, the ruling essentially reopens the state. It lifts restrictions on gatherings, allows people to travel as they please and allows for closed businesses to reopen, which includes restaurants and bars.

In a Facebook post, the Tavern League of Wisconsin urged members to reopen immediately, and review review the Wisconsin Economic Development Corporation Guidelines as they do.

While some bars in Oshkosh did reopen Wednesday night, others opted to remain closed for awhile longer. In a Facebook post Wednesday night, Kelly’s Bar on Wisconsin Street announced its decision to keep its doors closed.

“We are aware that the stay-at-home order has been lifted,” the post read. “Unfortunately we won’t be opening tonight. We are trying to gather some more information right now. We will let everyone know ASAP when we plan to open. We appreciate your patience through all of this.”

Chief Justice Roggensack wrote that Palm cannot enact the order unilaterally, adding that the order creates criminal penalties that Palm has no authority to create.

Wisconsin’s 72 counties and local municipalities are now responsible for manage their communities’ response to COVID-19, according to Wisconsin Public Radio.

In order to issue a new stay-at-home order, the Evers administration needs the approval of the Legislature’s rulemaking committee.

Republicans have not offered a specific proposal, but they have embraced a plan by Wisconsin Manufacturers & Commerce that offers a regional approach to reopening based on caseloads by county.

Evers responded to the ruling in a written statement, saying it throws the state into chaos and puts the health and safety of Wisconsinites everywhere at risk.

“We cannot let today’s ruling undo all the work we have done and all the sacrifices Wisconsinites have made over these past few months,” he said. “We need everyone to continue doing their part to keep our families, our neighbors, and our communities safe by continuing to stay safer at home, practice social distancing and limit travel, because folks, deadly viruses don’t wait around for politicians and bureaucrats to settle their differences or promulgate rules.”

He continued: “This virus has killed more than 400 of our family members, friends, and neighbors and thousands more across our state are sick. I am disappointed in the decision today, but our top priority has been and will remain doing what we can and what we have to do to protect the health and safety of the people of our state.”

“After months of unproductive posturing, I hope the folks in the Legislature are ready to do the same,” the governor concluded.

State Sen. Jeff Smith, D-Brunswick, said in a written statement that the court’s decision will jeopardize the progress made to stop the spread of COVID-19 in Wisconsin.

“It’s unfortunate that Republicans brought this lawsuit to the Supreme Court, hoping for the Safer at Home order to be dismantled, despite not having a legitimate plan in place to keep Wisconsinites safe,” Smith said. “Lifting the Safer at Home order, before meeting the metrics established by the Governor and the President, risks more long-term and severe economic impacts and more lives lost.”

He added that Republicans are not listening to medical professionals, opting to gamble with people’s lives “purely for political purposes.”

However, Sen. Dan Feyen, R-Fond du Lac, said in a written statement that Republicans want to protect the health and safety of Wisconsinites while balancing the need to get people back to work.

He says the legislature is reviewing all options and will be releasing details on a reopening plan very soon.

“I am looking forward to quickly implementing the bipartisan plan for reopening our state and getting Wisconsin safely back to work,” he said.

“COVID-19 has laid bare the pervasive racial injustice that permeates every aspect of our society, deepening existing racial disparities and infecting communities of color at terribly disproportionate rates,” Ott said. “Given this reality, it was incredibly disheartening to hear remarks made in the courtroom that demeaned and discounted the experiences of those most affected by the pandemic.”

Despite the court’s ruling, the ACLU is urging employers not to force people back to work until it is safe to do so.

“While some will still have the option to work from home and do what’s necessary to stay safe, a significant portion of people across the state, particularly people of color and those with low incomes, have now had that protection removed,” Ott said.

Editor’s Note: This story has been updated.