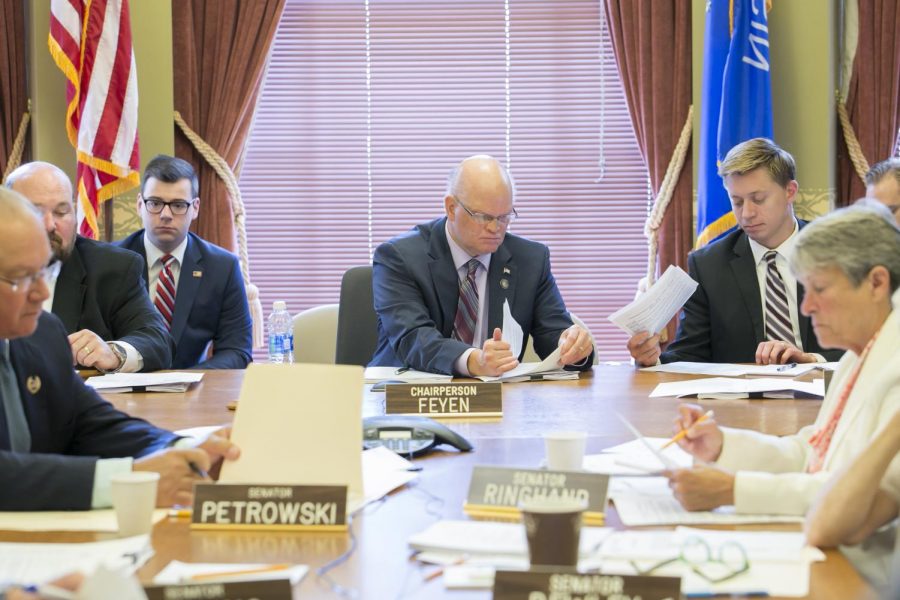 Republican incumbent for Wisconsin’s 18th senate district Dan Feyen beat out upcomer, Democrat Aaron Wojciechowski and is getting ready to serve his second term in office.

The newly re-elected state senator addressed plans for his upcoming term and measures to improve the local economy affected by the pandemic.

This conservation has been edited for clarity and length.

How did you get your start in politics?

DF: I got my start in politics being a member of the United State Junior Chamber of Fond du Lac County.

One of the first things I worked on was petitioning for an upgrade to an area park. This was my first interaction with government.

Can you break down your typical day as a state senator for the 18th district?

DF: There are really two different “typical days” as a state senator. If I am in the district, my day will consist of attending events, meeting with constituents, joining zoom or conference calls and checking in with my staff.

A typical day in Madison would consist of constituent or advocacy meetings, committee hearings, caucus meetings or floor sessions.

In the state legislature, no two days are ever the same, and new issues are brought to my attention constantly.

What are your biggest concerns for the members of your district going into the 2021 session? How do you hope to tackle them during your upcoming term?

DF: My biggest concern is the economic livelihood of the 18th Senate District.

We have seen record waves of unemployment, and my office has been working diligently to help every constituent navigate the unemployment insurance system to get the benefits they deserve.

You just won reelection against Democratic runner Aaron Wojciechowski. What makes you the better official to represent the 18th state senate district?

DF: I make it a point to work across the aisle with my Democratic colleagues, in fact, every bill I’ve authored that became law has received overwhelming bipartisan support.

In a time when we have a Democrat as governor and a Republican-led legislature, I think it is important to find common ground and craft good, common-sense legislation that helps not only my constituents but all residents of Wisconsin.

My door is always open to lawmakers or constituents, no matter where they land on the political spectrum.

During your campaign, you mentioned that getting our economy back on its feet following the government shutdown was your top priority. How do you restart the economy safely with the surge of COVID-19 cases in our region?

DF: We can get our economy back on track by being smart and practicing common sense. This means washing hands, wearing masks and social distancing.

The new leadership in the state senate has recently spoken with Governor Evers’ office and begun to work on new legislation to address COVID-19 related concerns.

I would be supportive of another federal relief package for Americans trying to weather the storm until the vaccine is widely available.

There has been great news on the vaccine front lately, which is ultimately how our economy will get back to the pre-pandemic highs we were seeing.

The state has suffered a significant financial blow because of the COVID-19 pandemic. What approach do you think the Legislature needs to take in crafting its upcoming budget to reflect our new economic reality?

DF: I think the legislature needs to be smart about where we spend money and find places where the government can be more efficient and do more with less.

The good news is that we have seen higher-than-expected corporate tax revenues, which should alleviate some of the budgetary woes we are facing.

I was happy to see the agencies commit to a 5% budget reduction earlier this year and was proud to do the same with my office budget.

We all need to tighten our belts in order to make sure that Wisconsin is still standing on firm fiscal ground when we emerge from the pandemic.