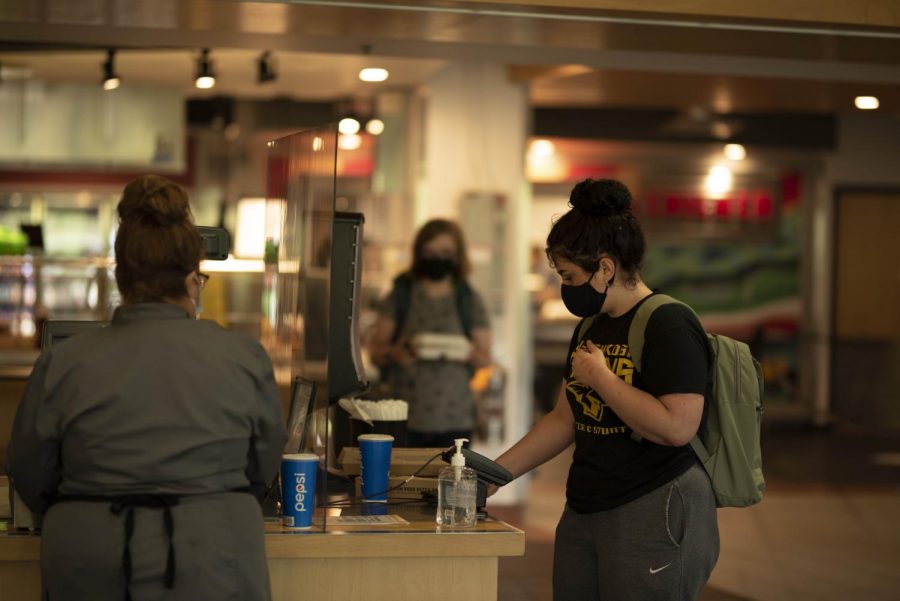 April Lee / The Advance-Titan Although the Supreme Court struck down a statewide mask mandate on Wednesday, masks are still required on the UWO campus, as well as in the city and Winnebago County.

The Wisconsin Supreme Court struck down Gov. Tony Evers’ statewide mask mandate on Wednesday, blocking the governor’s effort to curb the spread of the coronavirus.

In a 4-3 ruling, the state Supreme Court declared that Evers exceeded his authority by issuing multiple emergency orders to extend the mask mandate.

Under state law, a single state of emergency can only last 60 days unless the legislature votes to prolong it.

A similar state Supreme Court decision back in May struck down the stay-at-home order, declaring former state health department secretary-designee Andrea Palm lacked the authority to extend the order without the legislature’s approval.

“The question in this case is not whether the governor acted wisely; it is whether he acted lawfully. We conclude he did not,” Justice Brian Hagedorn wrote for the majority.

Liberal Justice Ann Walsh Bradley wrote in minority that this ruling hinders the governor’s ability to save lives during the pandemic.

“We are in the midst of a worldwide pandemic that so far has claimed the lives of over a half million people in this country,” she wrote. “And with the stakes so high, the majority not only arrives at erroneous conclusions, but it also obscures the consequence of its decision.”

She argued that this decision places another roadblock to an effective governmental response to COVID-19.

Local city and county governments are still free to impose their own orders to curb the spread of the coronavirus.

The citywide order was passed to go in effect if this exact situation of the state order being overturned occurred and will now be in place until April 30.

Winnebago County also issued a health advisory Wednesday to require everyone 5 and older to wear a face mask in enclosed public spaces or on public transportation.

Winnebago County Public Health Officer Doug Gieryn said in a statement that it is still critical to wear a mask to reduce the spread of COVID-19 even though the Supreme Court overturned the state order.

“It’s important to continue to follow masking, social distancing and hand washing recommendations, since we are starting to see variants in Northeast Wisconsin and want to prevent a surge of COVID-19 cases from spring break,” he said.

Oshkosh’s state assembly representative Democrat Gordon Hintz released a statement on Wednesday stating he was disappointed in the Supreme Court conservatives’ decision to overturn the order.

“The majority’s decision pretends that a pandemic is unchanging and ignores the devastating human impact of COVID-19,” he said in the statement.