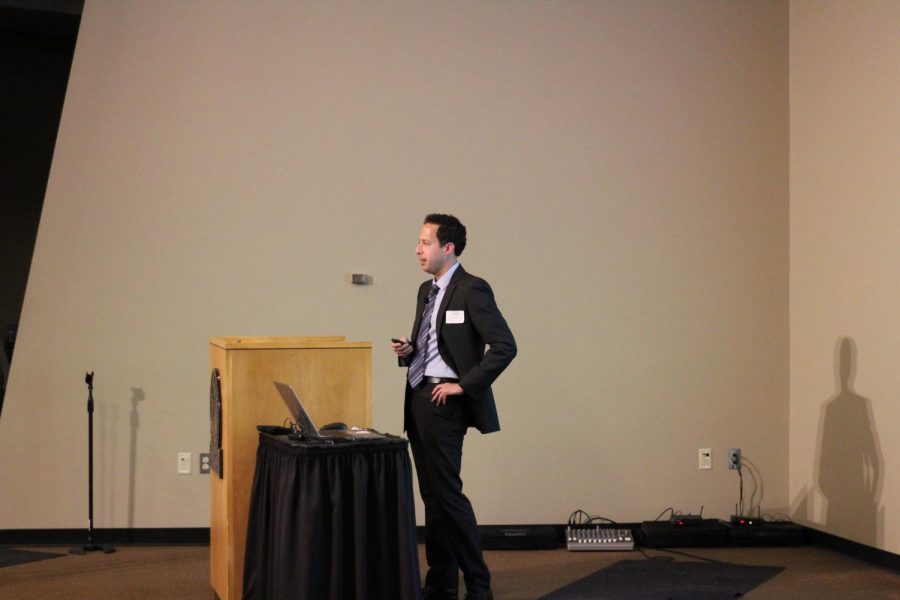 From 6 to 8 p.m. in Reeve Union, Yablon gave a presentation on “Voting and Equal Protection” for UWO students to learn more about the Constitution and the importance of voting rights.

In addition to hosting the speaker, the American Democracy Project chapter also had a table set up in Reeve from 11:30 a.m. to 1 p.m. on Monday, handing out Constitutions to students and discussing it with anyone who had any questions or comments.
Yablon said he was honored to speak at the event.

“I was invited by professor Siemers and it seemed like a great opportunity to celebrate Constitution Day and talk a little bit about a very important subject,” Yablon said. 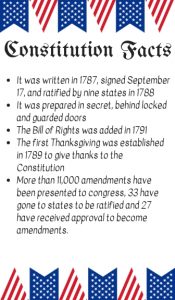 Nikki Brahm
Yablon said he believes it’s important for students to be involved in events like this because it could eventually lead to them going out to vote.
“Hopefully, this is the kind of event that makes people more likely to get engaged with democracy and with their government,” Yablon said.
Professor and president of the American Democracy Project chapter, Tony Palmeri had a similar response regarding the importance of students being involved in the event.

“Students are citizens,” Palmeri said. “And, like all citizens, they have responsibilities to make sure that they’re helping to create the best campus community that they can.”

Palmeri also mentioned how students are part of the community of Oshkosh, and therefore also have rights.
“We think one of the main goals of the campus is to help students recognize their rights and responsibilities under the law, and events like this are an opportunity to do it,” Palmeri said.

Palmeri said that Constitution Day is an event that provides an opportunity for students to get an understanding of their civic right.
“It’s unfortunate that most citizens today aren’t really aware of what the Constitution says, especially the Bill of Rights,” Palmeri said. “We believe that civic responsibility requires that we know that. I don’t personally think a student can really say that they received a high-quality higher education, unless a huge part of that is understanding their civic rights and responsibilities.”