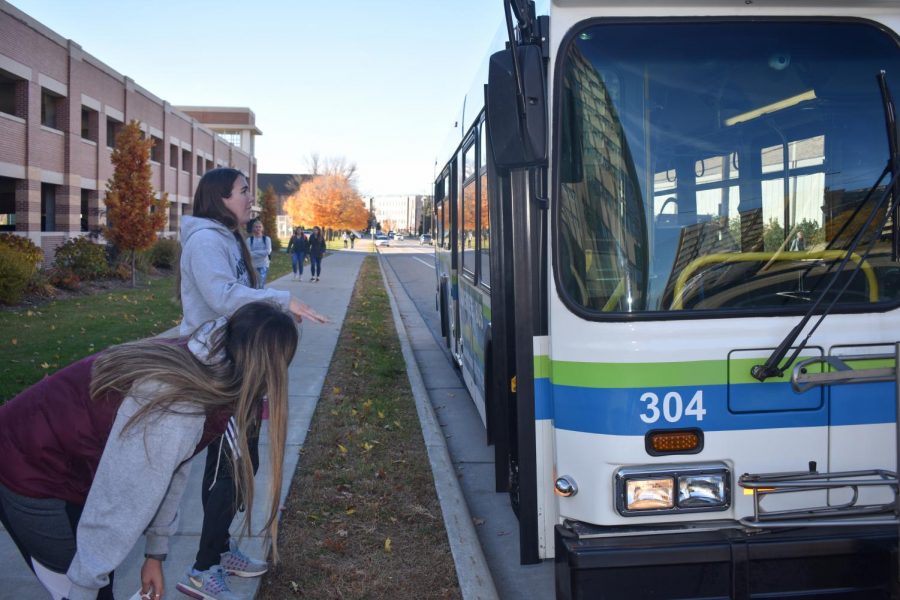 Recently, there have been multiple changes in busing for UW Oshkosh staff and students.

UWO Parking Services announced Monday that there will be a change in the bus service available to students and staff through GO Transit. Currently, students and staff are able to get free rides on GO Transit buses by showing a valid TitanCard. However, starting Jan.1, 2019, Parking Services will purchase bus passes, which will then be distributed to those interested in using the free GO Transit service. The GO Transit bus service will still be free for staff and students, and its current route will not change.

Another change to student busing is the recent switch in the late-night route for students. Previously, the late-night bus route, provided on Friday and Saturday nights from 11 p.m. to 3 a.m., was through the bus company Kobussen. In the beginning of October, this bus route was switched over to a new late-night bus service called Safe Route.

Oshkosh Student Association Chief of Staff Alex Novak said Safe Route will provide the same service as the previous late-night bus route for students, but it is now driven by two community service officers in a UWO shuttle. Safe Route will still run Friday and Saturday nights from 11 p.m. to 3 a.m.

Novak also addressed students’ potential worry that they could get in trouble if they utilize the CSO-driven shuttle while they are under the influence.

“Students might fear that, ‘Oh, I can’t get on this CSO shuttle because I’m under the influence, and I’m not 21, so I’ll get in trouble,’” Novak said. “And that’s not the case. [The CSOs] are not looking to get anyone in trouble; they’re just trying to get you home. So students shouldn’t have to fear getting in trouble if they’re on the bus and they’re intoxicated. [We’re] just worried about getting them home safely.”

According to Novak, there’s been a higher turnout for Safe Route compared to the previous late-night bus route. “We’ve had it going on for a couple of weeks now, and our first couple weekends we hit a pretty good turnout,” Novak said. “I think we had about 40 to 50 students use it for those first couple of weekends, so so far it’s a success.”

Novak encouraged students to utilize Safe Route if they need it. He said Safe Route is simply “another avenue to be more financially responsible, to save money, to give more student involvement and to make sure students are safe.”