Leavitt welcomed Hagen back to UWO in 2018 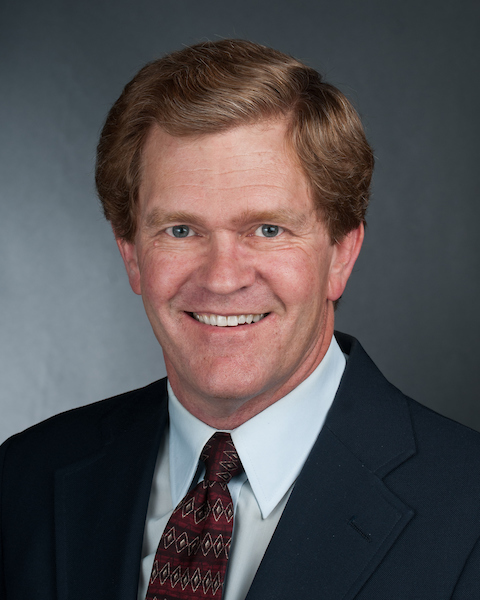 On Feb. 19, 2018, after receiving a final case report, UW Oshkosh Chancellor Andrew Leavitt decided to take Willis Hagen, a professor in the department of finance and business law in the College of Business, off administrative leave and welcome him back to his prior duties.

“Although the investigators’ findings are that you violated university policies, upon learning about the unique circumstances, I am not invoking any sanctions under Chapter UWS 6 and FAC 9.C.3 and I am not referring the complaint to a Faculty Hearing Committee,” Leavitt wrote in his decision.

Hagen was mysteriously removed from one of his classes early in the spring 2017 semester, and students were told the class was canceled for the day.

His course load was redistributed, and other teachers took over those classes. The A-T subsequently filed a Freedom of Information Act request for records related to any closed investigation involving Hagen since the current investigation was ongoing.

On August 15, 2018, Nemec, who graduated in December 2017, received the records about a previous incident from a UWO record custodian who mistakenly provided the documents without redactions.

After learning of her error, the record custodian instructed Nemec to destroy any and all copies of the unredacted records that were sent to him.

Nemec originally refused to destroy the documents and continued to push for the right to publish their contents.

On Oct. 22, 2018, the A-T received the same documents that Nemec had received, except they were redacted. They document a previous complaint against Hagen that dates back to 2013-15. The A-T immediately filed a Freedom of Information request for all documents pertaining to the most recent investigation.

According to the earlier documents, Hagen made a faculty member feel threatened and uncomfortable when he made threats against the department of accounting for dropping one of his courses.

Allegedly Hagen said, “That’s right, I am going to destroy accounting on this campus. I taught business and ethics in the graduate program for 30 years and now they decide to not offer it anymore. It’s payback time!”

According to an unnamed source in the complaint, Hagen threatened three or four times to retaliate against any modification in the graduate program by telling 100 students to not major in accounting.

According to the documents, Hagen sent an email to several members of the department, threatening to get the provost, chancellor and then-Gov. Scott Walker involved. The former UWO College of Business Dean William Tallon replied to the email, stating, “Somehow we’ve got to find a way to control this guy. The poor guy needs help.”

In a letter dated Oct. 12, 2015 that was sent to Lane Earns, former provost and vice chancellor, Hagen stated that he believed the complaint contains misstatements or statements that were taken out of context. In a Dec. 13, 2013 heavily redacted email, Hagen apologized for sending the emails and noted he had been under a lot of stress. “It is not representative of who I am,” he wrote.

According to the complaint, the investigators believed that Hagen acted in a “hostile and threatening” manner. They also found it “odd and inappropriate” for Hagen to express concerns about the accounting major directly to students without addressing those concerns with the chairs.

Hagen was ordered to have no contact with the complainant except through the chair.

On Oct. 4, 2018, the Department of Justice filed an emergency motion to reopen the matter as well as a motion for injunction after learning the documents were released without redactions. During a telephone conference on Oct. 19 it was decided that a motion to reopen the case would be scheduled for Nov. 2.

At the time Nemec was facing a restraining order and permanent injunction, prohibiting him from “publicizing, printing, or sharing, in any manner, whether verbally, in writing, or otherwise, the contents of those portions of the records subject to redaction” and ordering Nemec to delete and destroy any and all copies of the records.

Nemec subsequently destroyed all records, and the oral decision hearing set for Nov. 21 was canceled and thrown out.

“I decided to destroy the documents because without doing so, the process was going to be drawn out more than I wanted it to be,” Nemec said. “I determined the information that was supposed to be redacted was nonessential. Destroying the documents was the easiest way to get to the end of the line and make the students and public aware of why Hagen wasn’t on campus and what happened.”

The final report on the second incident was sent on Jan. 24, 2018, from UWO professor Gregory Klienheinz and Associate Vice Chancellor for Faculty and Academic Staff Affairs Carmen Faymonville.

According to that report, on March 1, 2017, Barbara Rau, at the time the COB associate dean, sent a letter to Leavitt alleging that Hagen was not meeting his obligations as a faculty member because of events that occurred on Feb. 3 and Feb. 6, 2017.

“Rau believed that Dr. Hagen’s behavior posed a risk to the university community and negatively impacted the Department of Finance and Business Law and the College of Business and impaired student learning,” the report read.

Hagen was placed on paid administrative leave for the rest of the spring 2017 semester.

At a meeting on Oct. 20, 2017, at which UW System Senior System Legal Counsel Jennifer Lattis, Dempsey Law Firm Partner Peter Culp, Kleinheinz, and Faymonville were present, Hagen presented his response to the complaint.

Between March 1 and August 28, 2017, the University attempted to negotiate a resolution of the Rau complaint, among other issues, with Hagen’s legal counsel. No resolution occurred.

On Sept. 5, 2017, UW Oshkosh received a response to the complaint from Hagen’s attorney, Culp.

“Hagen did engage in unprofessional and inappropriate behavior on February 3, 2017, and did return to campus after being told not to on February 6, 2017,” the report read. “These actions created a fear for personal safety among some staff members. We do not find sufficient evidence that Dr. Hagen’s behaviors harmed students.”

Leavitt’s decision to welcome Hagen back from the second incident came with three requirements of Hagen, which were outlined in his letter.

“It is my expectation that you will demonstrate professional and collegial behavior at all times,” the letter read. “This means treating all you come into contact with at work and in your classrooms in a courteous manner. You must present any criticisms or comments in a respectful manner. I expect that you participate effectively in any department, college, or University-wide meetings that you attend.”

Leavitt also advised Hagen to continue no contact with another member in the department.

“Speaking loudly and/or angrily to colleagues and staff is unacceptable,” the letter read. “Professional courtesy and civility are essential components of your faculty position in all aspects of your work at all times. As previously required by a different complaint resolution from 2016, I expect that you have no contact with [redacted] except through your chair, as long as you are employed at UW Oshkosh.”

In the same letter to Hagen, Leavitt also addressed the repercussions of failing to meet his expectations.

“There will be serious consequences if at any time in the future you will be in breach of these shared expectations or university policies,” Leavitt said. “Repeated violations of trust and policies exacerbate their importance and will lead to progressive disciplinary procedures.”

“I am glad that this complaint is behind us and that we can turn a new leaf,” Leavitt said to Hagen in the letter. “UW Oshkosh needs highly productive professors and successful researchers like you.”