From reporter to judge: Barbara Key shares her story 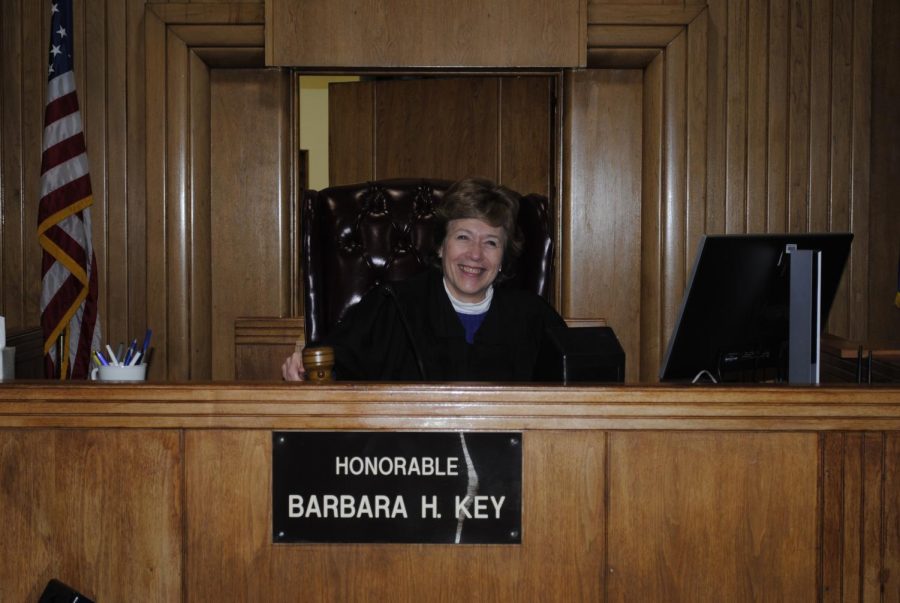 For more than 20 years, Judge Barbara Key has served as one of six Winnebago County Circuit Court judges, but the road to her becoming a judge was full of career changes.

Key grew up in Waukesha County and attended UW Madison, graduating with a double major in journalism and political science.

After college, she worked as a reporter for a radio station until she decided she’d rather make the news than report it. At that point she went back to Madison for law school. 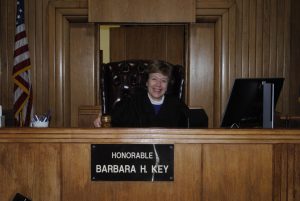 “It’s not that I didn’t like it, I just decided that law was the way I wanted to go,” Key said.
When she started law school, she didn’t have any intention of working in criminal law, but everything started to change while she was in school.

UW Madison helped Key get into a program called Legal Assistance for Institutionalized Persons, which did legal work for the incarcerated. While in the program, she did research on everything from criminal law to rent issues.

After being admitted to the State Bar in 1983, Key moved to Wisconsin Rapids and worked as an assistant district attorney for a few years before coming to Oshkosh in 1985 as an assistant DA.

After serving as deputy DA, she ran for Winnebago County DA and lost, so she left the DA’s office and went into private practice. On the other side of the courtroom, she served as a defense attorney for both civil and criminal cases.

In 1991, Key became a commissioner for the Winnebago County Circuit Court where she assisted in research before cases were sent to a judge.

She ran for judge in 1998 against John H. Wallace III. Key took 72.6% of the vote in the race and has ran unopposed since.

Elections for circuit court judges are nonpartisan elections held in the spring, and judges serve six-year terms.
Key’s experience working in multiple facets of the courtroom gives her a unique perspective on the bench.

Her experience as a reporter informs her view on public records as some of her past rulings have prevented records from being sealed. She said public records show how government workers are executing their duties.

“People have a right to see what their government workers are doing [and] how they’re exercising their judgment,” Key said, adding that keeping records public prevents the government from abusing its power.

Key understands the other side of public records too, which she said is a government worker’s right to privacy.

“Just because somebody decided they wanted to be a public employee doesn’t mean they give up all their rights and privacy, so that is a tough balance,” Key said.

When dealing with public records, Key is often forced to balance the public’s right to know with an employee’s right to privacy.
One of the major changes she’s seen since beginning her career is the ability for anyone to conduct a simple background check online. Key remembers the days when an employer would have to send someone down to the courthouse to conduct a background check.

“Everything’s out there, every citation someone gets,” Key said. “So much of that information can now be used against people because it’s so readily available. I’m really struggling with dealing with that right now.”

One suggestion she has is removing information from civil cases from the Circuit Court Access website after a period of time.

Another change Key has seen in the courtroom is a decline in media coverage of circuit court proceedings. She remembers a time when there was a beat reporter assigned to cover Winnebago County Circuit Court.

“Unless it’s a high-profile murder you don’t really see [court reporting] anymore. … It just keeps everybody on their toes,” Key said. “It doesn’t hurt to be on your toes, knowing people are evaluating what you’re doing.”

Her experience as both a prosecutor and defense attorney also influences her work as a judge, allowing her to appreciate both sides of a legal argument, as she’s worked with investigators to collect evidence in pursuit of a conviction and in pursuit of an acquittal.

Now that she’s on the bench, Key said for the most part defense attorneys and prosecutors get along, but when they don’t she feels a bit like a mother having to break up a sibling rivalry.

“You just have to bring them back to, ‘This isn’t about you, it’s about your clients and about this case,’” Key said.

Because Key’s been practicing law since the ‘80s, her views have evolved over the years. She said judges used to think higher penalties for first-time offenders would reduce the likelihood that they would commit more crimes, but now the perception is that higher penalties can produce repeat offenders.

Drug court is a program for nonviolent offenders whose crimes are associated with drug addiction that aims to change offenders’ lives for the better. Key spent 10 years as a drug court judge and now she’s “a believer” in the program.

“If someone told me years ago that I would’ve been involved in that, I would’ve said, ‘Yeah right,’” Key said. “Does it work for everybody? No. But, does it save people? Yes.”

She finds satisfaction in saving people and in the day-to-day minutiae of the courtroom.

“I think that I’m serving a purpose by being here, and by helping everybody feel that they’ve been treated fairly,” Key said.