Group organizes to get dark money out of politics 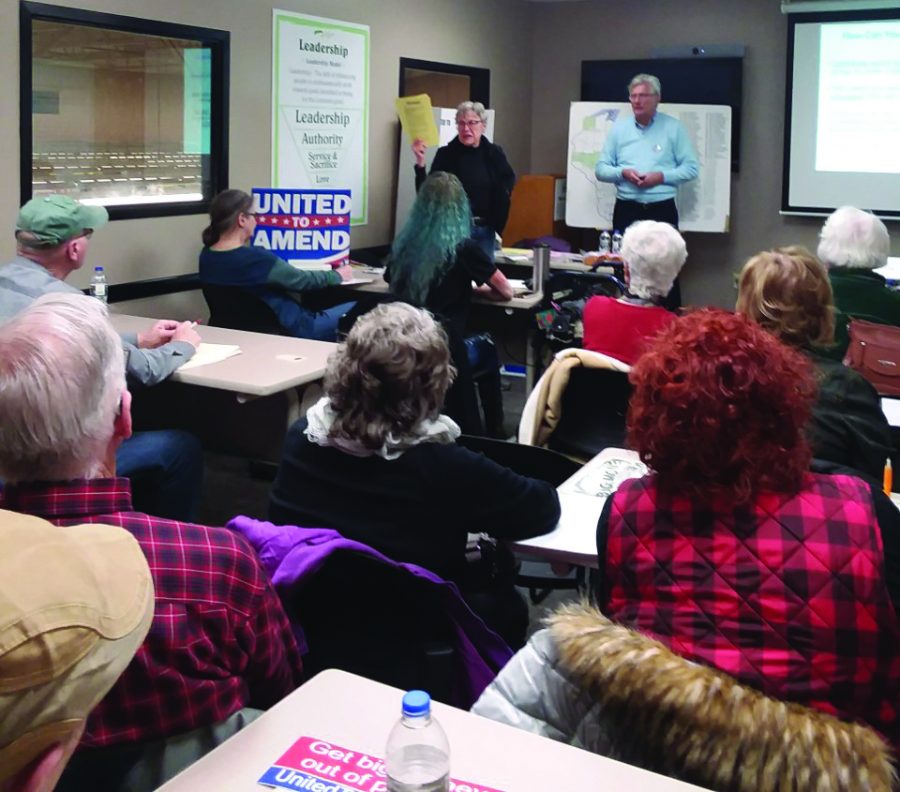 Wisconsin United to Amend, a nonpartisan state network of concerned citizens dedicated to removing “dark money” from politics, is organizing in Oshkosh to collect signatures in order to fulfill its goal of restoring representative democracy.

“Our goal is to get the referendum on the city of Oshkosh’s November ballot,” WIUTA leader Cheryl Hansen said. “We know that our state legislature is not interested in pursuing a resolution at this time, so hopefully when a large enough number of communities have passed it, the state will have to consider it.”

Hansen said politicians are influenced by the people and entities that support them.

As an example, Hansen said that a majority of Americans would like some form of gun control, but that will not happen as long as the gun lobby influences our federal and state governments.

WIUTA supports a constitutional amendment to overturn the 2010 Citizens United decision by the Supreme Court which gave corporations, unions, nonprofits and super PACs the same right as individual citizens.

The Citizens United decision struck down restrictions on independent political donations from corporations as a violation of the First Amendment.

This essentially means the act of spending money toward political endeavors is a form of speech and cannot be regulated.

“This decision struck down the bipartisan McCain-Feingold act known as the Bipartisan Campaign Reform Act,” Hansen said. “Prior to this, in 1882 due to erroneous summary of the case Santa Clara County vs. Southern Pacific Railroad, precedent was established giving corporations constitutional rights the same as human beings.”

After the 2010 Citizens United decision, $1 billion was spent on the 2012 campaigns, not including money spent by the political party committees.

An amendment would allow federal and state legislatures to again regulate campaign spending.

“Likely, this would result in elected politicians paying more attention to their constituents’ desires and less to their donors,” Hansen said. “Laws could be passed regulating amounts donated and the length of time prior to an election that donations could be collected.”

Currently, politicians begin campaigning for their reelection as soon as they’ve been elected.

“This distraction takes them away from the business at hand,” Hansen said.

The first state to pass a resolution calling for a constitutional amendment clarifying that corporations, unions and like organizations are not people entitled to rights under the Constitution and that spending money for political purposes is not regarded as a form of free speech was Hawaii on April 28, 2010.

People signing the petition must be residents of the City of Oshkosh, but volunteers collecting signatures don’t need to live in Oshkosh.

“A democracy is run by its citizens,” Hansen said. “If we want to continue as a democracy and we want our elected officials to represent us, we need to get rid of the influence peddling.”

Anyone interested in joining the Oshkosh group is encouraged to email .