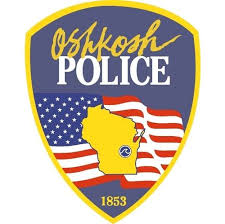 The Oshkosh Police Department is investigating allegations against officers, according to an OPD press release.

Today the department was made aware of a social media post that alleged that officers had a physical altercation with a female citizen and said derogatory comments to her, the release said.

Police say they immediately started an investigation into the complaint.

The incident occurred Sunday at about 6 p.m., when officers were dispatched to a welfare complaint in the 3000 block of Oregon Street, the department said.

According to the release, several officers were on scene and made contact with many individuals at the residence.

Police say the allegations on social media are that the female citizen spit on officers, and that there was a physical altercation with this female and officers and that officers said derogatory comments.

The department noted preliminary investigations and review of the body cameras from all officers on scene show that none of the allegations took place.

Throughout the investigation at the residence, police say there was no physical or verbal altercations between officers and citizens.

Even so, police added that a thorough investigation of the incident is under way.

“We appreciate everyone’s patience in our community while we complete this investigation,” the release said.