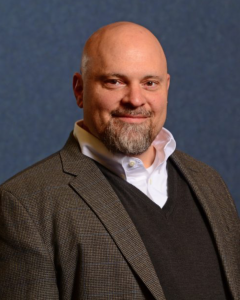 The Advance-Titan obtained the complaint through an open records request after the UW System’s Annual Academic Freedom and Freedom of Expression 2019 Report referenced a harassment complaint filed by a student against a UWO faculty member.

The report did not directly name Pesta, referring to him only as a “faculty member.”

According to the document, Pesta and UWO administration “continue to discuss the matter, as issues of classroom conduct, discipline, freedom of expression and academic freedom.”

“No formal review and proceedings are ongoing,” the report said. “However, communications between UWO and the faculty member’s representation continue.”

The complaint in question arose after an open forum on March 18, 2019 to address bigotry, hate, homophobia and racism on campus following a post during the Oshkosh Student Association election that said, “UWO Vote for these guys today unless you want a lesbian or a Hmong to win.”

The complainant alleged that Pesta retaliated after the student spoke up about the professor-student dynamic in his classroom, without naming him, at the open forum.

The student, who had been in his class in 2018, reported a few weeks after the open forum that Pesta continuously diverted class time to discussing her comments at the event.

The student discovered these comments through texts from a friend who was in the spring 2019 class.
While the complaint says Pesta did not directly name the student, she alleges that he provided his class with enough information to identify her.

“I see him bringing up my name throughout several class periods … and threatening legal action against students who make statements, to fit in that definition as ‘adverse action,’” the student said in her complaint. “… In class Dr. Pesta made students put their phones on the desks where he could see them, saying that he knew people were texting me.”

The student claimed that Pesta made discriminatory remarks against the LGBTQ+ community when the student was in Pesta’s class in 2018.

He allegedly said that transgenderism goes against the body’s natural biology, marriage is a bond between a male and female, and transgender women in female bathrooms is harassment against “real women.”

Pesta responded to the three-page complaint with a 37-page rebuttal, including character statements from eight students.

His response included UW System history on freedom of speech, analyses of the student’s claims, First Amendment legal analysis of the complaint, two statements from professors in the English department and eight letters from former students, vouching for his inclusive classroom and open discussions.

Pesta denied any retaliation or discriminatory harassment against the student or against the LGBTQ+ community and claims that the complainant is trying to limit his freedom of speech.

He claimed the complaint’s foundations of discrimination were taken out of context of the Shakespeare class’ discussions of stories such as “Othello,” “Measure for Measure,” “Macbeth” and “Hamlet,” published in the 1600s.

“The vast majority of her allegations are merely lists of groups she accuses me of hating, without offering a shred of evidence, context or even a single direct statement that I might have made,” Pesta stated in his rebuttal. “How is it legally possible to characterize my public response to [the student’s] very public distortion of my teaching, her brazen maligning of my character, and her unqualified labeling of me as a bigot, homophobe, transphobe and an enabler of Islamophobia, as a form of retaliation?”

The student rescinded the complaint on May 31 because she was unable to hire legal representation after Pesta allegedly threatened the student with legal action.

“I am forced to rescind for my own well-being,” the complainant wrote. “I am rescinding my complaint not because I feel that he is innocent of these things, but because he is now threatening me with a lawsuit. … At this time, it is more important for me to put my education and my jobs ahead of trying to do what is right.”

“By your own account, you spent much class time talking about issues related to the public forum that were unrelated to the stated curriculum on your class syllabus,” Koker stated in the document. “Such excursions should be brief,” Koker concluded. “To spend class periods on your personal reaction to a public event and a single student’s brief contribution to a public discussion may not meet student success goals.”