Ramping up the accessibility 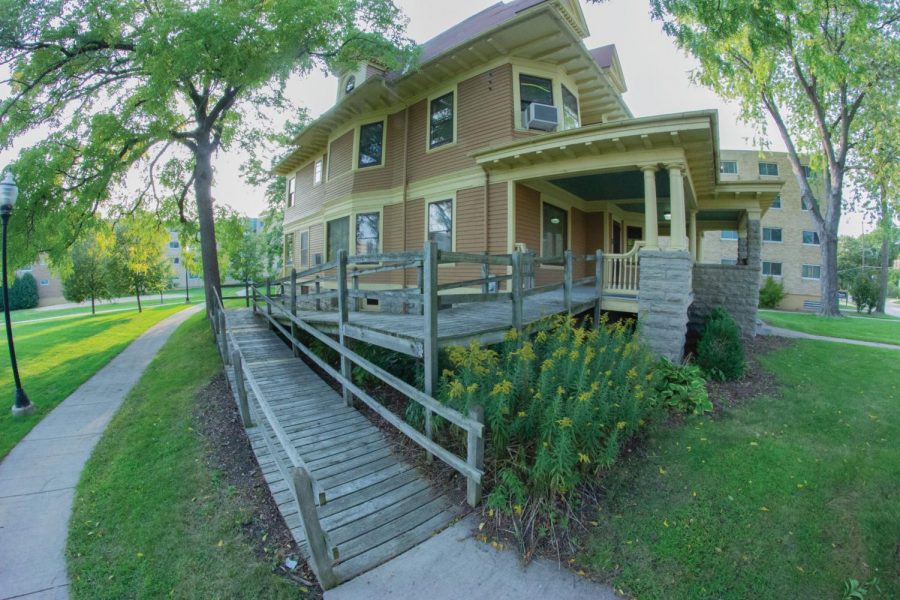 Ian McDonald, Oshkosh Student Association president, has been working with students and faculty members since early summer to “Ramp Up” UW Oshkosh and make the campus accessible to disabled students and visitors.

McDonald was going through some of his old coursework from 2012-13 and noticed that this renovation project was among some of the things he would like to see the student government accomplish in the future.

The Oviatt House was the initial building in question when McDonald pitched the idea to Patricia Schrader, senior Equal Employment Opportunity specialist and deputy Americans with Disabilities Act coordinator, in spring of this year.

“The Oviatt House is the most beautiful and oldest-standing house on campus,” McDonald said in an email to Schrader. “Currently, it’s a part of the Wisconsin Historical Society, but is inaccessible to [people] who are disabled.”

Schrader responded to McDonald’s pitch by identifying that “the building is not required to be brought up to current day standards unless it is going through a more than 50% renovation,” and that it is not on UWO’s top 50 projects list of the campus master plan.

“While we know it is not ideal, our office has been successful in ensuring that staff at the Honors College know they must be offering alternative accessible meeting locations to individuals,” Schrader added.

McDonald explained that there are some roadblocks that come in the way of renovating UWO’s three oldest buildings on campus.

“They each have their own individual challenges when it comes to getting an accessibility ramp,” McDonald said. “Oviatt is extremely difficult, because it’s the oldest building on campus. Pollock will be slightly simpler, because it’s not elevated six feet in the air to get into the building. 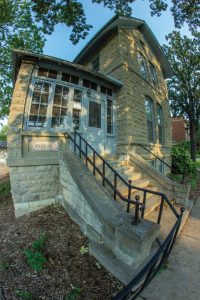 “The MEC House would probably be the easier one seeing that there’s a ramp that just needs repairs and needs to be brought up to code.”

Along with the project proposal being submitted to the UW System’s Office of Capitol Planning and Budget for review, the project needs approval by the Wisconsin Historical Society as well.

McDonald said that the project proposal will not be submitted to the historical society until more information is gathered.

Laurence Carlin, Dean of the Honors College located in the Oviatt House, said that adding a ramp may not be as easy as it seems.

“If you make a structural change to the building, then you might have to also bring all of it up to code. And suddenly, this is a really big project that might outstrip our resources,” he said.

He added that having a ramp is more important than any changes they might have to do to the building.

The project could cost around $2 million, and could require fundraising efforts that will be discussed at a later OSA meeting, McDonald stated in an email.

Kev Kollmann, OSA Students with Disabilities Advocacy Senator, said that installing more accessibility options around campus should be something that the UWO student body knows is in its initial planning stages.

“It’s a big [project],” Kollmann said. “Getting word out and getting the ideas out to campus life is the most important, because a lot of times there’s a lot of projects that go on that students don’t know are happening.”

Kollmann explained that building a cheaper wooden ramp with continuous upkeep over the years would be more expensive than building something more permanent and long-lasting.

“There will be an architect and an engineer that will have to get brought in to get those plans all figured out,” Kollmann said.

McDonald said that he is optimistic with the progress of the initiative thus far while keeping note of the project’s complexity. 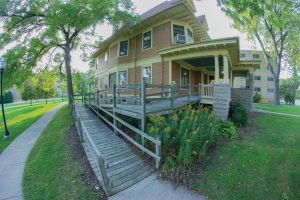 “This is bigger than any other project that I’ve taken on before,” McDonald said. “There’s a lot more hoops to jump through in this than there has been in any other project. This is going to be a marathon, not a sprint.”
Additionally, McDonald said that the public’s perception of the project may be aiming higher than its reality.

“People will assume that these projects need to be done by the end of the year; that’s not true,” McDonald said. “Hopefully not far, but a couple years down the road after I’m done, we’ll be fully completed to where all three houses are accessible.”

“I really hope we can get it done. Oviatt House is a beautiful building that should be accessible to everyone. It’s as simple as that. It doesn’t belong to the Honors College or to the state — it belongs to all of us. All of us should have access to it.”