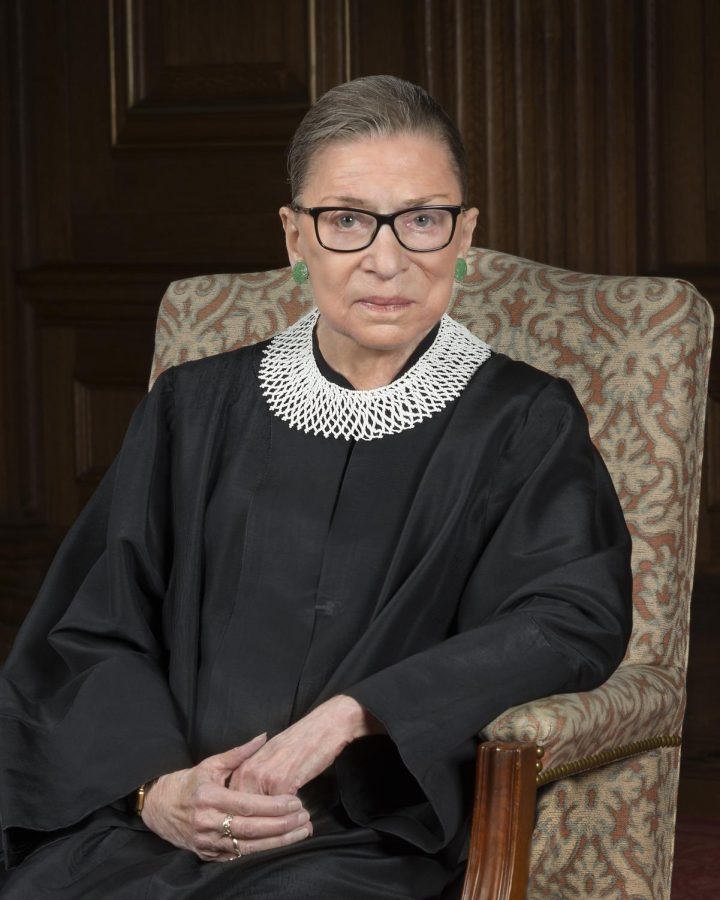 In a virtual session hosted for UW Oshkosh students on Tuesday, history professor Paisley Harris described Ginsburg’s way of looking at law discrimination and comparing it to racial discrimination.

“Ginsburg was really at the forefront of gender equality struggles,” Harris said. “Her breadth of knowledge, skill and thoughtfulness were so evident in all of her hearings.”

Before her death, Ginsburg asked that her seat not be filled until after the next election.

On Sept. 26, President Trump announced: “Over the past week, our nation has mourned the loss of a true American legend. Justice Ruth Bader Ginsburg was a legal giant and a pioneer for women. Her extraordinary life and legacy will inspire Americans for generations to come.”

The same day, the president also announced his selection of who will fill Ginsburg’s seat, one he is motivated to replace with a Republican Justice.

“Today, it is my honor to nominate one of our nation’s most brilliant and gifted legal minds to the Supreme Court,” Trump said. “She is a woman of unparalleled achievement, towering intellect, sterling credentials and unyielding loyalty to the Constitution: Judge Amy Coney Barrett.”

Senate Minority Leader Chuck Schumer and his fellow Democrats are not planning to allow Barrett to fill Ginsburg’s seat on the SCOTUS.

“Leader McConnell and the Republican Senate majority have no right to fill it.” Schumer said.

But Senate Majority Leader Mitch McConnell thinks that there will be enough time to get the nominee approved before the November election.

“It could seriously change things, the Second Amendment might change and health care law could be in jeopardy as well,” Harris said.

In her time serving as a U.S. Justice, Ginsburg was very politically moderate, Harris said, adding that the Court has gotten much farther right so people conceptualize Ginsburg as a liberal.

“Sometimes you wish she could’ve been a little angrier and a little more aggressive in some cases, but she stuck to ‘what’s the narrowest decision we can make?’” Harris said.

Some of her famous cases include United States v. Virginia, where Ginsburg wrote the majority opinion of the 7-1 case that decided not allowing females into the Virginia Military Institute violated the 14th Amendment.

Another is Shelby County v. Holder, where Ginsburg famously said, “Throwing out preclearance when it has worked and is continuing to work to stop discriminatory changes is like throwing away your umbrella in a rainstorm because you are not getting wet.”

“There is some debate about some of her judicial opinions,” Grady said. “There was a notion that she voted for the winner.”

Grady said that as we look ahead, we must continue to keep Ginsburg’s values and gifts of equality in our hearts.

“She was quick to recognize where she didn’t have influence,” Grady said. “But she was always trying to pass laws that would have a legacy down the line and would prepare us for what comes next.”

The event was sponsored by the UW Oshkosh History Club, in partnership with the Women’s Center, Women and Gender Studies Program, Political Science Student Association, American Democracy Project and the History Department.