What to know about the OASD referendum 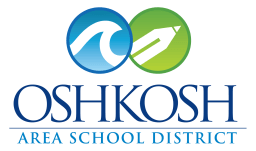 Oshkosh residents will be asked to decide on $115 million in funding for the Oshkosh Area School District to build two new schools and maintain educational opportunities for students.

The first referendum question is asking residents for a renewal of $7.95 million in annual funds that were already approved in two previous referendums passed back in 2014 and 2016.

The first question will have no impact on city residents’ property tax as it is simply renewing already approved funds. The need for renewal is because the past two referendums, apart of the learning composition plan, are about to expire.

If approved by voters, the operational referendum will streamline two funding sources into one. If residents don’t renew the first referendum question, the school district will need to make budget cuts in the 2021-22 school year and again in the 2022-23 school year that total the $7.95 million renewal request to make up for lost funds.

The second referendum question is requesting $107 million in capital funds to begin the OASD’s long-range facilities plan that includes building a new elementary school at the Webster School site and a new middle school on the Merrill School site.

Question No. 2 reads: “Shall the Oshkosh Area School District, Winnebago County, Wisconsin be authorized to issue pursuant to Chapter 67 of the Wisconsin Statutes, general obligation bonds in an amount not to exceed $107,000,000 for the public purpose of paying the cost of a district-wide school building and facilities improvement project from its long-range facilities plan consisting of: construction of a new elementary school at the existing Webster K-8 School site and removal of the current building; construction of a new middle school on district-owned land adjacent to the existing Merrill K-8 School and potential removal of the current building; district-wide safety and security, infrastructure and capital maintenance improvements; and acquisition of furnishings, fixtures and equipment.”

The capital referendum will include $8.9 million in safety and security renovations and technology improvements. The referendum also includes $9.3 million in infrastructure updates. These upgrades include heating, ventilation, and air conditioning, electrical, fire alarms, roofing, and generator replacements.

The new elementary school at the Webster site has a budget of $35 million, while the new middle school at the Merrill site’s budget is $53 million.

A “yes” vote on the first school referendum question would be in favor of renewing $7.95 million in annual funds and would not affect future property taxes.

A “no” vote on the first question would cancel the annual funds for the upcoming years and cause millions in budget cuts, according to the OASD.

A “yes” vote on the second school referendum question would approve $107 million in funding for the OASD to begin its long-range facilities plan and increase property taxes over the next years.

A “no” vote on the capital referendum would delay the facilities plan and off-put the construction of the new schools.