Is listening to music really good for college students? 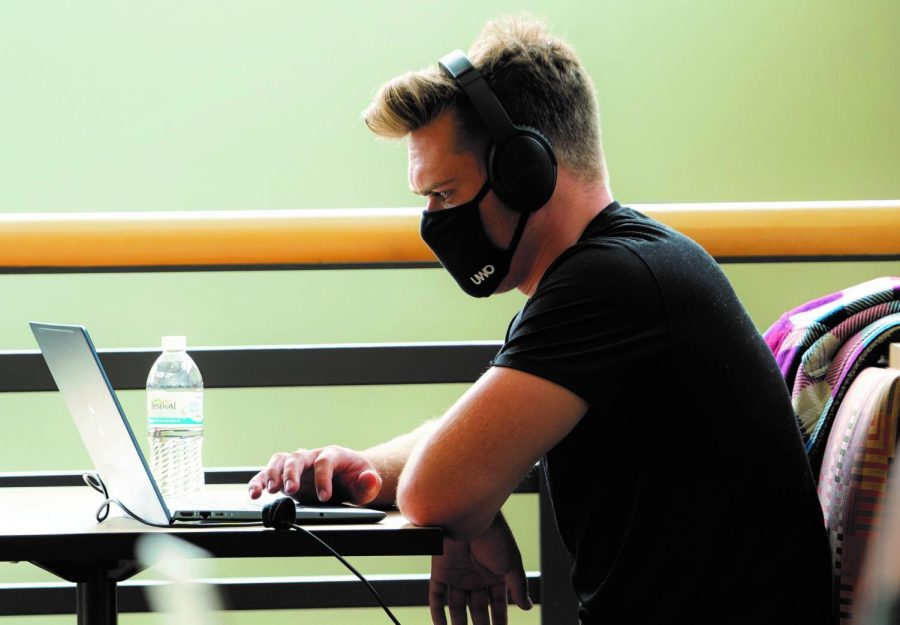 It seems common to see at college campuses nationwide that students are walking around campus with earbuds or headphones on, listening to something that takes their minds off their current situation.

Even more so, students have headphones in during finals week or while doing homework, thinking that it will help them focus more.

But does it actually do more harm than good?

Several studies have shown the positive and negative effects of listening to music and compared it to college students’ academic performance.

In “Music Listening and Mental Health: Variations on Internalizing Psychopathology,” by Dave Miranda of McGill University and cohorts, it was stated that “music is an everyday behavior that can be associated with different levels of mental health, including optimal well-being.”

Music, according to the study, usually brings out positive emotions such as happiness and provides “developmental resources” such as emotion regulation.

“Social and Emotional Function of Music Listening: Reasons for Listening to Music” by Elif Tekin Gurgen further emphasized that listening to music was for enjoyment and improving emotional moods.

Gurgen also found in this study that it is common for college students to listen to the same types of music as their peers.

“Universities provide a safer environment where individuals feel more freedom than in other levels of education,” Gurgen’s study stated. “Because this is the time that young people become an adult, it can be theorized that the preferences made during this period would be more permanent.”

Gurgen then concluded that “individuals listen to music not only to relax but to feel energized and become more active.”

Additionally, it was concluded that emotions are the biggest reason why music is listened to, and that the power of music became a tool to “activate, change, empower and alleviate emotions.”

In “The Impact of Listening to Music on Cognitive Performance” by Arelle Dolegui, it was found that listening to music is commonplace among students to “counter the effects of stress or anxiety while completing difficult academic tasks.”

However, this study concluded that participants who listened to no music at all performed better academically than those who did.

Furthermore, the results of this study showed that a preferred type of music while studying may act as a distraction, as one’s attention may be drawn to the lyrics, emotions or memories that the song or genre holds.

The study also found that sedative music helped students succeed more than preferred or upbeat music, though it is not the ultimate choice over studying in silence.

It seems encouraged to use music for overall emotional well-being, but for studying, according to some studies, it should be put to the side to encourage higher academic performance.

However, Dolegui found that “overall background noise, such as TV, music and chatter could improve performance in complex cognitive tasks for extroverts,” but may significantly affect the performance of introverted students.

Dolegui concluded in their study that “students should strive to study and learn in an environment such as the library or a private study room that is as quiet as possible, especially when the material requires higher cognitive processing.”