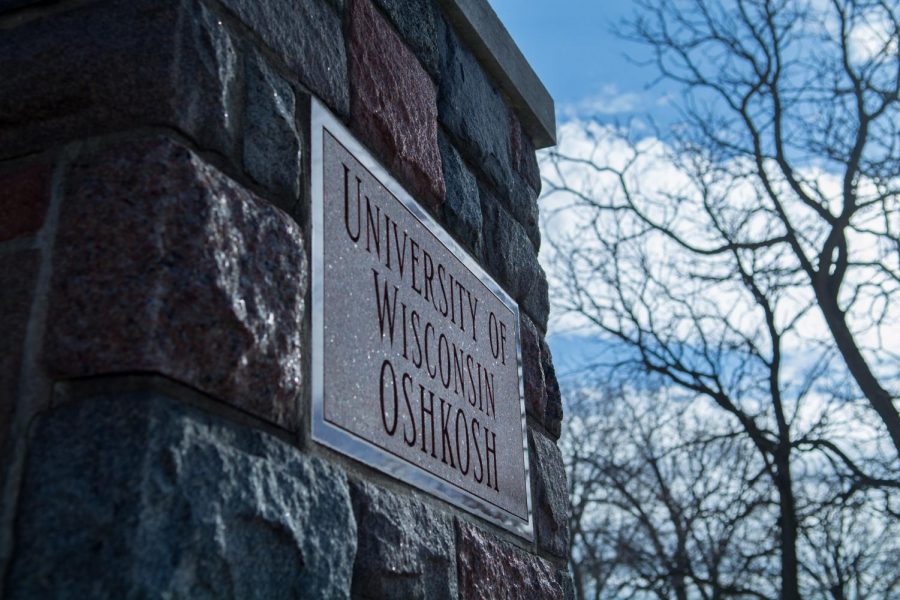 UW Oshkosh is partnering with the consulting and analytics firm Gray Associates to assist with their ongoing academic structure exploration that involves consideration of restructuring the current college system and revising academic programs.

Gray Associates is a consulting firm that focuses on evaluating universities’ academic catalogs and creating program strategies that adapt to student demand and employment opportunities.

UWO has been engaged in an academic structure exploration over the last year to consider restructuring the current four-college system and assess its degree programs.

The process of reviewing the academic program array is something that the university typically does every five to seven years, Provost John Koker said.

Koker initially charged the Academic Structure Exploration Team, or ASET, in the spring 2019 semester to develop proposals for reorganizing the current four-college system, which has an uneven faculty and student representation among the colleges, especially within the College of Letters and Science.

ASET submitted six potential restructuring plans back in September 2019, which were meant as a conversation starter for the ongoing academic planning process.

The provost then charged the Provost Advisory Committee on University-wide Academic Structure, or PACUAS, in fall 2019 to generate feedback on the planning process and make a recommendation to the provost regarding the college structure.

Koker announced in his opening day remarks this semester that UWO hired the consulting firm to assist in the ongoing academic planning process.

Koker said Gray Associates was hired to provide data on employment and student demand that could help guide the university’s academic planning process.

The work being done by Gray Associates is a separate initiative from ASET and PACUAS but is all simultaneously being done for the current academic structure exploration process.

The consulting firm is providing the university with program portfolio strategies that reflect the current degree demands of students and employment opportunities in the area.

This includes presenting data on potential programs for the university to invest in, update or shut down.

Koker said in a facultywide email that the firm is merely presenting suggestions for the growth of the university and will not make any final decisions on what programs should be added or cut from UWO.

“Gray Associates does not and will not make decisions for us,” Koker said. “UW Oshkosh faculty, staff and leadership will make the judgments and the decisions.”

Koker said the university is not currently suggesting cutting any academic programs.

Associate Dean of the College of Business Jakob Iversen, who was a part of both academic structure committees, said the data being used from Gray Associates is not being used to consider closing or diminishing any programs.

“It’s really about how to grow and create programs that are going to be attractive for students in the future,” Iversen said.

Gray Associates held a workshop for faculty and staff back in October to present their data on student demand and market research that UWO can use to develop their academic program plan.

The firm presented its Program Evaluation System (PES), which evaluates how academic programs can be fixed to tailor to career demands and what programs to potentially cut or startup.

Iversen said PES looked at job outcomes of specific majors, where students’ interests lie and competing degrees in the region.

“The tool pulled together a large number of data points and presented that to help us evaluate which UWO programs might be good candidates to evaluate,” he said.

Based on the regional data presented by Gray Associates, participants of the workshop looked at good programs to potentially add to UWO, such as cybersecurity and renewable energy degrees.

Koker said in a facultywide email that the data presented by Gray Associates will help inform the academic planning process, but not drive it.
While academic planning is an annual occurrence, in his charge of PACUAS, Koker said now is an opportune time to spearhead new academic plans because it will lead to more effective marketing and better budgeting for the future of UWO.

The consideration of restructuring the college system is also intended to “position our University to grow and succeed over the next generation,” according to the ASET report.

PACUAS and ASET were formed to address the uneven balance between the College of Letters and Science and the remaining three colleges.

“It was created to balance out the size of the colleges and also to provide more visibility to some of the programs inside the letters and science,” Iversen said.

UWO has four academic colleges: College of Business, College of Education and Human Services, College of Nursing and College of Letters and Science.
“While our four-college structure once provided a logical arrangement for grouping departments and programs, it is no longer clear that this structure best reflects all that UW Oshkosh has to offer,” the ASET report said.

The report said that due to COLS’s large size, smaller departments are not as known and are overshadowed by larger departments in the college.

ASET proposed six restructuring plans, which involve changing the names of colleges and move departments and programs to colleges that are more closely aligned with each other.

Restructuring plan No. 1 would be to maintain the current four-college system.

Restructuring plan No. 2 would be to maintain the current four-college system but realign departments and programs.

Restructuring plan No. 3 would be a five-college system with STEM: colleges would be, Science, Technology, Engineering and Math (STEM); Business and Media; Arts and Humanities; Nursing and Health Sciences; Public Leadership.

Restructuring plan No. 4 would be a five-college system with stand-alone Fine and Performing Arts: colleges would be FAPA; Humanities and Interdisciplinary Studies; Business, Technology and Media Innovation; Nursing and Science; Education and Public Leadership.

Restructuring plan No. 5 would be a five-college system with global studies: colleges would be, Global Studies and Humanities; Business and Technology; Performing Arts and Media Innovation; Nursing and Science; Education and Public Leadership.

The ASET report does not include a ranking of the structures or a recommendation.

PACUAS was then charged with gathering university-wide feedback on any potential academic restructuring, not just the ones proposed in ASET.

PACUAS is now responsible for creating an official report on the university’s feedback of the restructuring and make a recommendation to the provost on UWO’s college structure.

Journalism department chair Sara Steffes Hansen, who is a part of the committee, said PACUAS’s intention is to facilitate communication and a collaboration of ideas on UWO’s current academic planning process.

Hansen said the Gray Associates workshop, ASET and PACUAS are all separate initiatives to help the university improve its academic structure.

“I see a lot of deep communication and discussion,” she said. “We’re all kind of going through a big process.”