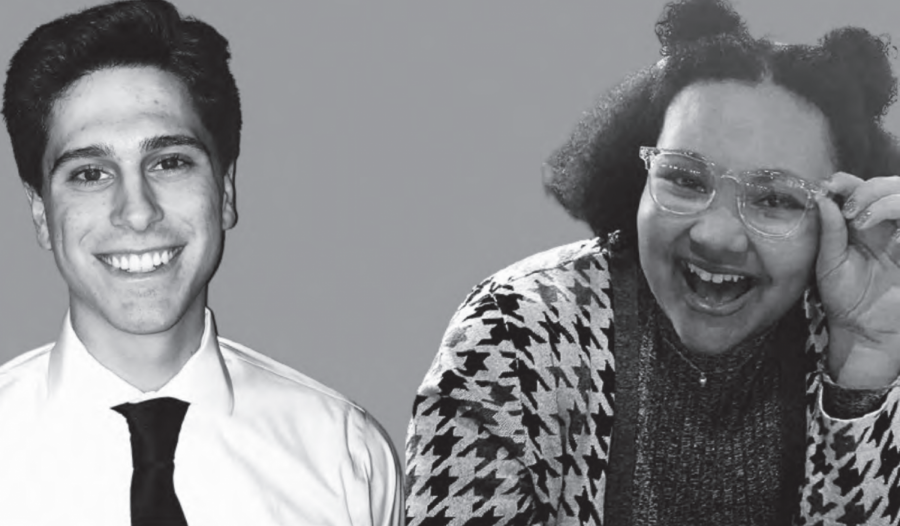 When Jacob Fischer and Caprice Swanks first met up to talk about campaign goals, it was clear they both wanted to encourage students to get more involved in the clubs and organizations that UW Oshkosh has to offer.

The Oshkosh Student Association (OSA), recently had elections on March 9 and 10 to elect president, vice president and senators for each of the UWO campuses.

The student body known as the Elections Commission administers the elections and reviews and reports on the outcome of the OSA election to the OSA Senate.

Every spring, students have the opportunity to elect new representatives of OSA and to vote on referendum questions concerning student life.

President Fischer is a junior majoring in political science and public relations, minoring in advertising.

vernments can get disconnected from the people they represent. I was elected by my classmates and plan to act on behalf of my classmates.”

Fischer currently serves as an OSA Senator at Large, has previously served as the IFC Director of Fraternity Life (2019-2020) and the Vice President of Sigma Pi Fraternity (2019-2021).

Vice President Swanks is a sophomore majoring in sociology with an emphasis on social equity and diversity and double minoring in African American studies and women and gender studies.

“I plan to lead the university alongside President elect Jacob Fischer, by engaging, inviting and celebrating those who may not feel heard, valued or appreciated here on campus,” Swanks said. “I believe inclusion is very important on campus and as we continue to strive for inclusivity, I believe OSA in the coming year will make great strides in doing so.”

Prior to running for Vice President of OSA, Swanks has been involved in Black Student Union, African American studies program club, Chi Alpha, Divine Voices of the Valley Gospel Choir and was the Diversity and Inclusion Program assistant last school year.

Fischer and Swanks decided to run as they both felt they were in a great position to make change at UWO.

“I strongly believe that UWO should be regarded as one of the best schools that Wisconsin has to offer,” Fischer said. “We, as students, need to start embracing UWO, and we should be proud to be Titans. I feel that Caprice and I have what it takes to really reshape the attitude students have about UWO.”

Another big factor to their campaign is mental health.

“We are humans, and we live in a fast-paced world, and sometimes it feels we cannot take a break,” Swanks said. “My goal is to help students learn how they can put their mental health first while attending a college.”

Fischer believes our campus and student body are in a great spot currently. Unlike many of the UW System schools, UWO was able to stay open without any big risk of shutting down last semester, and he said that is something that UWO students should be proud of.

He is excited to be a part of the administration that hopefully “reopens” our great campus and is happy working around Swanks who he says has great energy and is a great listener.

Fischer believes his background and communications abilities will allow him to represent the student body.

Many people have told Swanks just how approachable she is, and that was a big factor in her decision to run for election.

“I want to be that safe person people can come to when they have questions or concerns,” Swanks said. “I believe Mr. Fischer and I will be great leaders because we both care about the students.”

If anyone would like to have Swanks or Fischer attend any of their clubs’ meetings, contact Swanks at .