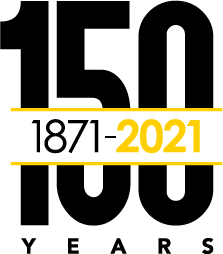 Sept. 2, 1966: Terry Jorgensen, a former baseball major leaguer and Oshkosh Titan standout, is born in Kewaunee, Wisconsin. A UW-Oshkosh Titans Hall of Fame member, Jorgensen helped lead the Titans to their first NCAA Division III title –and winning World Series MVP honors to boot – as a freshman in 1985. Jorgensen played three seasons with the Minnesota Twins – 1989, 1992 and 1993 — after being selected by them in the second round of the 1987 amateur draft.

Sept. 4, 1899: A marble bust is unveiled at the school’s auditorium to honor George S. Albee one year to the day after the school’s first president’s death. The bust was created by famous Oshkosh sculptress (and Normal School graduate) Helen Farnsworth Mears. Those in attendance include President R. H. Halsey, and professors Frederick R. Clow, Emily Webster and Rose C. Swart.

Sept. 5, 1934: The Board of Regents abolishes the school’s Industrial Educational Department. It declared all future work will be taught in the Training School.

Sept. 6, 1921: The Board of Re-gents grants Oshkosh the ability to offer four-year curriculums for the training of high school teachers and manual arts teachers. Graduates of the former two- and three-year programs could complete the new curricula by doing the additional course load.

Sept. 7, 1906: The Oshkosh senior class sponsors an all-day boat excursion for staff members of the Quiver, the school’s yearbook. The eight-mile journey takes the group through the Fox River and Lake Butte des Morts. Supper is served at the Hull House, followed by a half-hour of singing. Professor Walter C. Hewitt – “the patron saint” for the class of 1907 – provides “the leading spirit.” Professor Earl A. Clemons is also among those notable in attendance.

Sept. 9, 1965: Forrest R. Polk, the longest-tenured president at any state educational institution through his time, dies at Mercy Hospital at 76. He served as campus president from 1931 to 1959. The university library bears his name.

Sept. 10, 1986: Oshkosh is flooded with five inches of rain in under 24 hours. The Kolf Sports Center lobby becomes home to about three inches of floodwater while the wooden gymnasium is spared damage.