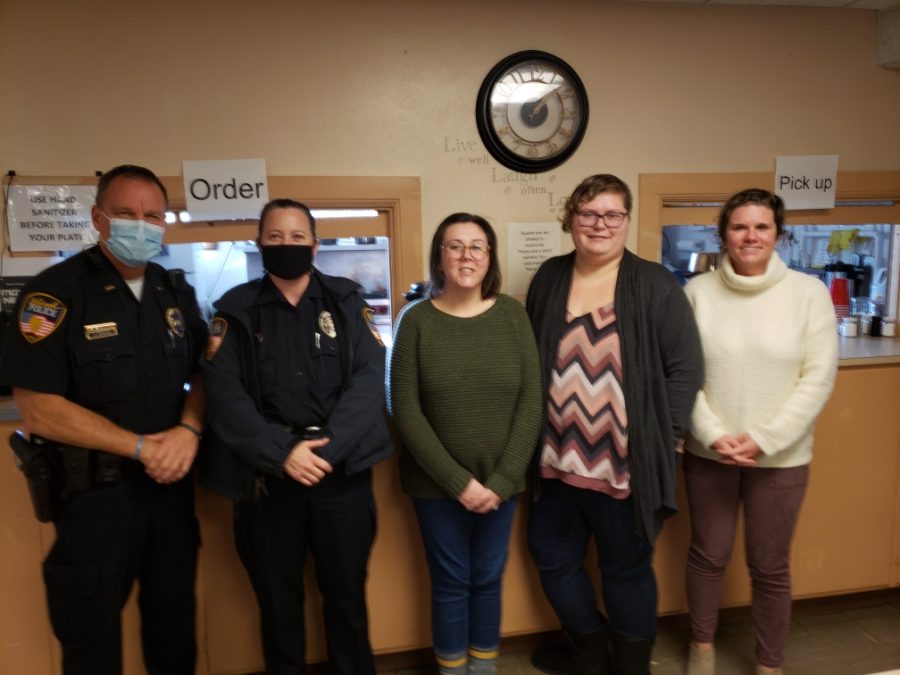 During the frigid winter months, it is almost impossible to think about not having a coat, winter boots or even a house with heat to stay in to fight off the cold. Homeless people are a population of people who often face the winter without these things, but this year, the Oshkosh Police Department (OPD) turned two homeless men’s lives around.

“Everyone deserves a warm place to sleep at night,” said Executive Director of the Day By Day Warming Shelter Molly Yatso Butz. “Many times, people fall on hard times and need their friends and neighbors to help pick them up and get them back on solid ground. OPD showed what good friends and neighbors we have in them.”

Early in the summer of 2021, citizens contacted OPD expressing concerns about homeless people sleeping under the bridges near the Fox River. Public Affairs and Crime Prevention Officer Kate Mann and Lt. Brian Schuldes made contact with the individuals.

In Mann’s email shared with community members, she wrote: “The gentlemen we spoke with pointed out some bags of property and said that he was watching the property while two of his friends were at work and then pointed to a male who was sleeping and said that he just got done working third shift. The person we were talking with also told us that he works, but that he works the second shift so when he is gone, the others will watch his property.”

According to Day By Day and Butz money, specifically paying the security deposit and first month’s rent, is the biggest issue in preventing individuals from finding somewhere to rent.

When figuring out how to get money for two men to get an apartment, Mann thought about The Police Lights of Christmas. In this program, “police officers participate in fundraising events throughout the year,” Mann said. “The donations that are raised are then used to give out citizens in need in our community.”

The OPD has participated in this program for the last several years, with officers giving out the donated funds in December.

Day By Day staff assisted in locating an apartment that would fit the two men’s needs. They ended up choosing Black Teak Properties.

In order to stay on top of finances, both men are working around 50 to 55 hours per week. The property managers at Black Teak were impressed with their efforts and offered to pay half of December’s rent. The men already have January and February’s rent saved in the bank.

The next thing they are saving up for is a car since both of them use the bus to get back and forth to work every day.

One man had been in the shelter for a few years, and the other had been a guest since December of 2020. They became friends at the shelter since they have a lot in common. They are now both doing well and are happy with their new apartment, Butz said.

Many guests at the shelter eventually leave for housing. However, this is the first time it has been paid for by a community organization.

“The Day By Day staff was so appreciative of this opportunity for two great men who had fallen on hard times,” Butz said. “These gentlemen were working so hard at getting themselves out of shelter and living an independent life; this was the ‘springboard’ they needed to make it happen.”

The Police Lights of Christmas program has also given some of the donations to three families who were in need of assistance this year.

“It was such a great feeling knowing that OPD could assist in helping the two men get housing, especially as the cold weather was approaching,” Mann said. “It definitely was the highlight of our day, as we watched the keys to the apartment being handed over to the two gentlemen who are now no longer homeless.”

To donate to the Police Lights of Christmas program, go to your local Community First Credit Union where there is an account set up for donations. Additional information can also be found on their Facebook page.

To donate to the Day By Day Warming Shelter, their wish list is always updated on their website at www.warmingshelter.com. They also have a “Boot Campaign” going on for anyone who wishes to donate money so all their guests can receive new boots on Christmas Eve.

“It truly does take a community working together to achieve amazing goals and to create long lasting positive effects on others’ lives,” Mann said. “We are so thankful to have such a supportive city.”