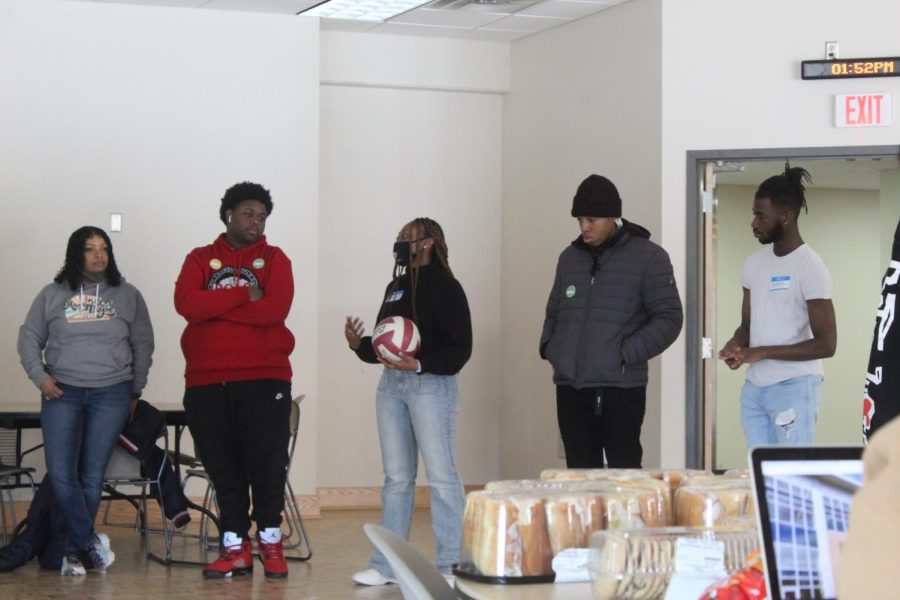 Black History Month is being celebrated in February nationwide as a variety of states place restrictions on diversity topics in educational spaces. Topics like critical race theory, a teaching that hones in on systemic racism in past and current times, are under fire from state legislatures.

According to EducationWeek.com, a K-12 news and information resource with over 1.6 million readers, 37 states have either introduced bills or have taken alternative steps to reduce teachings of critical race theory.

In Wisconsin, the GOP-controlled Assembly approved a bill 61-37 in September that would have created a civics curriculum that all schools, public and private, must follow, while also prohibiting critical race theory and systemic racism from being taught in the classroom. The Senate later passed the same bill before Gov. Tony Evers vetoed it on Feb. 4.

Nationwide, bills and other proposals have the intent to reduce discussions regarding racism and sexism in educational spaces.

UW Oshkosh African American Studies Club President Ene Idoko said that by removing these topics from the curriculum, UW Oshkosh students’ ability to understand what African Americans deal with on a daily basis would be significantly reduced.

“I believe this will make students be even more narrow-minded,” Idoko said. “They will become even more oblivious to issues mostly affecting the African American people and people of color in general.”

Justice and Race Reporter Russell Contreras cited different groups around the country that have been attempting to eradicate content related to critical race theory before any bills were passed in their area.

Rejected complaints are one thing, but now books and subjects intertwining with critical race theory are being removed.

Just last month, the book “Dear Martin” was removed from a North Carolina high school after parents complained about the usage of expletives.

This isn’t the first time a book was removed from a North Carolina school’s curriculum due to a progressive topic. According to the James Sprunt Community College Library site, one of the reasons “The Color Purple” was removed was for depictions of homosexuality.

Not everyone sees these removals as a poor choice, though.

According to Contreras’s article, Alabama conservative activist James Henderson claimed that schools have veered far from teaching the morality that Dr. King vouched for.

“The teaching of morality is a good thing in public education,” Henderson said. “And unfortunately, we’ve largely gotten away from it.”

Idoko said she believes lawmakers are attempting to remove teachings of critical race theory so that fewer people stand up against possible racially motivated flaws in the legal system.

“I believe they do not want people to be aware of the issues and biases in the legal system,” she said. “The more people are aware, the more they do things to make a change.”

Teachers who have attempted to teach these lessons have faced kickback in both legal and illegal manners.

One of the legal strangleholds being forced over critical race theory is the use of fines in order to silence opposition voices, as Thomson Reuters Foundation reports that Arizona school districts are putting in place fines of $5,000.

Currently, many teachers feel under threat, not simply from a legislative standpoint, but a public opinion one, that can have unwarranted and often illegal responses.

Another article from Thomson Reuters Foundation suggests the public misunderstands the intentions of critical race theory, which drives it out of the curriculum.

While there’s a strong attempt in over two-thirds of the country to eliminate teachings of critical race theory, some instructors still intend to recognize Black History and all that it entails.

According to Contreras’s article, Tracey Lynn Nance, a fourth-grade teacher in Decatur, Georgia, said at least half of the teachers she knows plan on continuing Black History Month lessons as planned.

Idoko said that critical race theory is an important component of the curriculum because it motivates students to make a difference by informing them of the flaws that still need addressing.

Teaching CRT has helped bring to light the issues in the legal system and ignites the desire to create change in students.