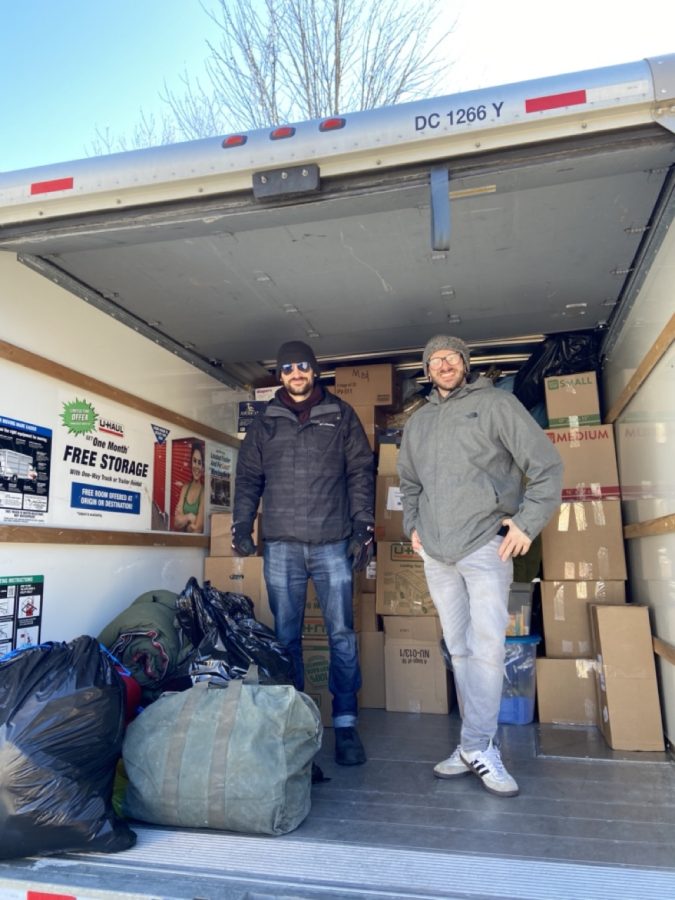 A 15-foot trailer was filled from front to back, top to bottom, with supplies for Ukrainian refugees and defense units at an Oshkosh rally Saturday at Opera House Square.

The rally was hosted by Wisconsin Ukrainians, a conglomerate of Ukrainian-born Wisconsin residents. The group has also hosted supply drives in other areas including Appleton.

Jonathan Pylypiv, a native born Ukrainian and current Wisconsin resident, said he has been in the United States since he was 8. One of the key founders of Wisconsin Ukrainians, Pylypiv said his goal with the Saturday rally was both to improve his new community group and his homeland, adding: “[Wisconsin Ukrainians] are working to become a 501(c)(3) charitable organization.”

Pylypiv said the group hopes to create a system of long-term support and educate their community about Ukraine and its foundational efforts to make Ukraine victorious.

Beyond members of Wisconsin Ukrainians, many charitable Wisconsinites came out to support their neighbors from another land.
Scott Behrens, a Neenah resident and retired anesthesiologist, donated to the Ukrainian people. He did this not solely for the Ukrainian people, but also for the global community. “We’re all at risk,” he said. “There’s no way of getting away from [Putin’s] dictatorship.”

But the support of the community was evident and these words echoed throughout the entire drive: “We’re going to need a bigger truck.”

Ever since the fall of the Soviet Union, Ukraine has strived for democracy. Pylypiv recalled being a child in Ukraine when a public referendum for independence passed; he said about 90% of the people came out to vote. Ukraine has continued fighting beyond the polls with the overthrowing of their corrupt leadership in 2014.

Wisconsin Ukrainians has set up a website for donations to help Ukrainian families and soldiers at donorbox.org/wisconsin-Ukrainians. As of Tuesday, the group had raised more than $36,000.