Speak up in class 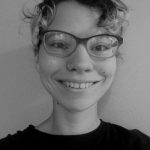 The scene is a familiar one to students and professors alike—a classroom full of 60 people or so, a question hanging in the air, and no one raising their hand to reply. “Bueller…Bueller,” mumbles someone in the back row. Eyes avert from the professor’s waiting gaze; radio silence.
It’s common knowledge to all of us by now that in a majority of classes, from middle school all the way to college, student participation is sorely lacking. We’ve all met a few brave souls that laugh in the face of such intimidation and fearlessly offer comments and questions in the classroom, but in general? When it comes to speaking up in class, most of us would much rather refrain from raising our hands.
A couple minutes of brainstorming offer a few possible causes: some of us are too busy playing Pokémon Go or talking about professors on Yik Yak to bother paying attention to lectures. Others might feel afraid that they don’t have things to say that sound as interesting or intelligent as something their peers could come up with.
In an article on quietrev.com, authors Emily Klein and Meg Riordan write, “Some quiet learners include students from cultures that do not expect them to challenge their teachers’ ideas, ask questions, speak without prompting or debate with peers.”
Still, other students may feel anxiety answering questions in class, or simply prefer listening to speaking when it comes to how they learn in a classroom environment.
At UW Oshkosh, most professors include participation in their grading, but should they?
When asked this question via MyUWO Portal, UWO students had varying responses.
“I think it would be better [if class participation was required],” said one student. “Don’t get me wrong, I would personally hate it since I’m shy, but it would force students to actually know the material instead of simply memorizing it for exams.”
“It’s an annoyingly good incentive for people who don’t like to participate but should because they need to further their understanding [of the material],” another student said.
Other students disagreed, pointing out that those who opted not to participate in class were only harming themselves in doing so. One student said, “If you fail, it’s your fault and your degree at stake.”
One student simply wrote, “Talking is hard.”
Second-year UWO student Molly Wheatley reiterated this in an interview. “People with social anxiety can literally start crying if they’re pointed out in class to participate in a group discussion,” Wheatley said. “I feel like that would be really sad because they can’t control that.”
“[Teachers] could find alternate ways to accommodate [students with social anxiety],” said Wheatley. She suggested that students be able to show professors their notes to prove they were paying attention during class time.
Others would argue that college years are a good time for more introverted students to attempt to overcome such difficulties before they go out into the workforce.
“I typically include participation as a portion of the grade (10-15 percent) because it is an important way for students to develop and demonstrate the communication skills we are working on for the class,” UWO speech professor Lisa Volkening said.
“One way that I try to push all students to participate, even if they feel uncomfortable doing so, is to have one to three students who are designated as a ‘discussion leader’ for each class,” Volkening said. “As a discussion leader, I expect students to speak up in class and be the first to respond to discussion questions, in addition to leading the class in a prepared presentation for a short period of time (5-15 minutes).”
Volkening also said that she often had students talk over class topics in small groups or pairs before asking them to share with the rest of the class, so that students would have a chance to prepare their thoughts or bounce ideas off a peer before speaking in front of the class at large.
Even professors aren’t immune to the difficulties that participation requirements can bring.
“I like to be prepared before I speak up, and I don’t like being put on the spot to speak,” Volkening said.
“When I started graduate school, participating in class discussions was hard for me to do, especially when I was in classes with people who were further in their graduate education than I was,” Volkening said.
She added that she often required herself to speak at least once per class in her first year; otherwise, she wouldn’t have done so. She also expressed that the more she spoke in class, the easier it became.
“I think that speaking up is something that gets easier the more you do it,” Volkening concluded.
Talking can be hard, yes, whether as a result of feelings of social anxiety, shyness or a simple lack of ideas when it comes to what to say in the classroom. But the more we put forth the effort, the easier participating becomes. And maybe then our classes will cease to be filled only with the sounds of lectures, radio silence and the occasional “Bueller…Bueller.”