Show support for your student-athletes 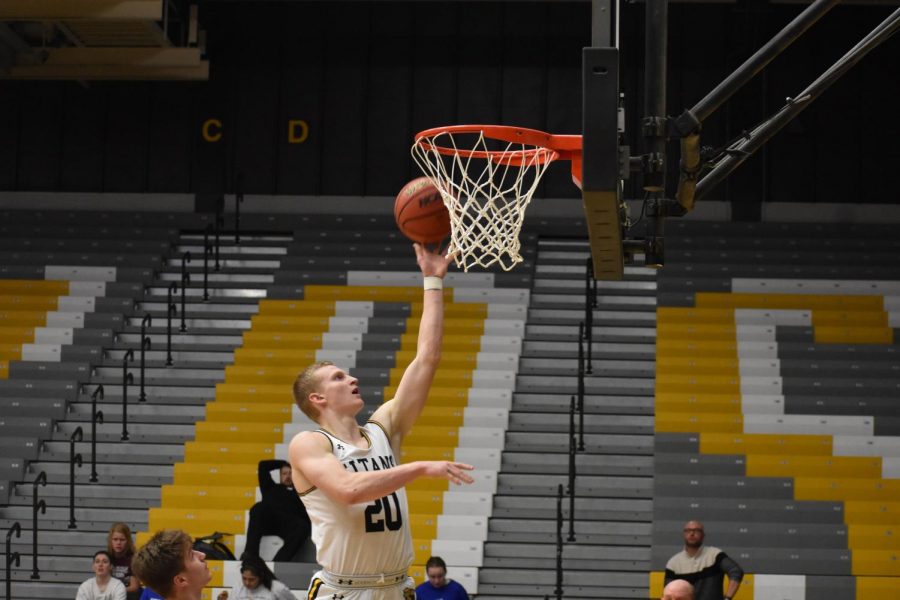 The UW Oshkosh athletics department is handing out 500 free tickets to UWO students to attend the men’s and women’s basketball playoff games this week, which leaves no excuse for students to miss the chance to support these incredibly talented student athletes.

The UWO student body has showed a lack of attendance at games. With the success of our athletics programs this year it is more important than ever to show some school spirit.

Both UWO basketball programs are succeeding in ways that this campus has never seen before. The men’s and women’s teams are hosting playoff games this week because they were both at the top of conference standings at the end of the regular season.

The average home attendance at a UWO women’s basketball game this season was 315. It’s important to note that tickets for UWO students at home games are free of charge for the entire season.

“I think we both have a chance to make a run at the Final Four,” he said. “There’s over 400 Division III schools in the country and I think we have collectively one of the best basketball programs in the nation.”

Both programs have the potential to advance far in postseason play this year.

Last season, the men advanced to the D-III finals after the Titans lost a close game to Nebraska Wesleyan University 78-72. This year, UWO was selected to win the championship at the beginning of the season based on a preseason poll conducted by the league’s head coaches and sports information directors.

UWO interim men’s basketball coach Matt Lewis said the program is succeeding at a level that nobody has ever seen.

“It’s probably the best year in school history,” Lewis said. “Last year we made a great run in the NCAA Tournament. We obviously haven’t done that yet, but our regular season that we have put together has been really good.”

Our student-athletes care about their work and invest a lot of time into participating in athletics at UWO and representing the University in a positive way. Lewis said his team works hard even on days when there is no practice.

“I just think our guys put a lot of time into it; they invest so much every day,” Lewis said. “Yesterday the guys had the day off, but they were in the gym shooting.”

A packed Kolf Sports Center on Thursday night would mean a lot to the coach and players and would go a long way to increase team morale.

“Recognizing those guys and all the hard work they’ve put in,” Lewis said. “It would just be awesome to see a big crowd there.”

Last week, the Titans took on UW-Stevens Point in the final home game of the regular season. It was the largest crowd the Titans had seen all year with 1,054 in attendance.

UWO went on to defeat the Pointers on senior night by a score of 77-70. Lewis said it was a prime example of how a good crowd can help the team succeed.

“We had almost 1,100 people at senior night. It was probably the best crowd I’ve seen since I’ve been coaching here; the place was rocking,” Lewis said. “The student involvement can get everyone excited and brings the energy up in the building. It’s crucial.”

Fischer said the crowd can provide encouragement to the team during big moments of the game.

“If you don’t directly play the game, you don’t really understand just how important it is,” Fischer said. “We have a lot of our students and student-athletes sit underneath the opposing teams basket and they create so much energy. It feeds into our huddles during timeouts.”

Fischer said having a large crowd of spectators energizes the players.

“When our girls look up and see bodies in the crowd they think to themselves, ‘Dang, we’re representing UW Oshkosh,’ they get this sense of pride that is unmatched,” Fischer said.

Fischer said the Titans will be showcasing their best work with the season coming to a close.

“Every game can be a win-or-go-home situation,” he said. “You’re going to see the best energy, the best quality you can find because there’s a chance our season could end any time in the next two weeks.”

Fischer said that athletes don’t get special treatment, scholarships or money from the University to play basketball.

“They’re no different than any other student on this campus. They’re paying their way to attend this University,” he said. “This is something they love to do just like the folks in the theatre department or the student newspaper.”

Lewis said that it is important to show school spirit at UWO.

“I think it’s just a pride thing,” he said. “Whether you’re a faculty member or you’re a student, we can continue to build the amount of pride we have in our University.”

Lewis said one of the ways that students can show school spirit is by going to events on campus.

“Not just sporting events, you go check out the theater events, you check out the events held at Reeve, go to all the programming events that they offer here on this campus,” he said. “That is naturally going to increase the amount of pride you have in your university.”

Lewis said that there are many good things happening on campus but if you don’t go see them you won’t have pride.

“Please come,” Flynn said. “We really appreciate it when you come see us play. It’s an awesome experience for us and we are truly grateful. If we can ever support you, we will do our best to make that happen.”

Free tickets, free entertainment and the chance to support your fellow UWO students. What more do these hard working athletes need to do to convince you to attend?