Lack of representation a cause for concern 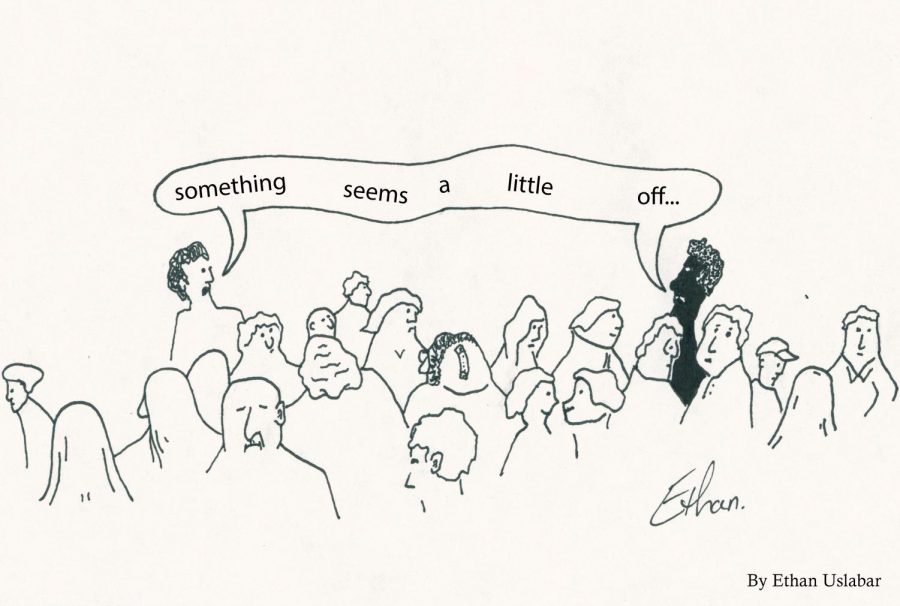 Black History Month ends today, signifying the end of a celebration devoted to honoring the accomplishments of African-Americans as well as remembering the adversity they’ve faced in their lives and history.

The Advance-Titan has received several letters to the editor from minority students at UWO who say they feel outnumbered, alone and silenced on campus.

Carey-Butler said that student diversity has also increased on campus.

“Ten years ago we were at seven percent minority students, and in 2018 we were at 15.7 percent. That is a 10-year enrollment trend,” she said. “We have made a significant gain in students of color.”

Campus administrators say that they are aware of the diversity gap and have created an Inclusive Excellence Plan Working Group comprised of one minority student, two minority faculty members and seven white faculty members to take steps to address the lack of diversity on campus. The panel has created an Inclusive Excellence Plan to be implemented on campus.

“We want to foster dialogue and awareness and dedication to inclusive excellence. We want to build a strong supportive campus environment and provide learning experiences for students and professional development opportunities for faculty and staff that increase cultural awareness,” Carey-Butler said. “We want to examine pertinent and disaggregated data between programs. We want to set measurable goals to achieving inclusion.”

Carey-Butler said that the I.E.P. Working Group will help the University keep track of its goals and measure its successes.

However, does a nearly all-white panel truly represent diversity on campus, and will this panel have minority students’ best interests in mind?

“It’s a lot of microaggressions,” she said. “What I have noticed, as a black student, is that a lot of people just really don’t know what we go through.”

“Sometimes I would be the only minority in the class,” she said. “That’s already intimidating.”

Communications major Eskedar Robinson said that being a minority student at UWO makes it difficult to speak up in classes.

“I can’t speak my mind because I’m afraid that people will judge me or will not know what I’m talking about or will not understand where I’m coming from,” she said.

Wesley said that students often ask her questions about her appearance, which isn’t something she dealt with growing up in a predominately black community.

“It’s really hard,” she said. “You grow up a certain way, in a community of people who are the same color as you, people who do the same things as you and have the same principles as you. You don’t have to tell people, ‘No, you can’t touch my hair’ and, ‘Yes, my hair is real.’ You don’t go through things like that.”

“Instead of asking me a question like I’m a subject under a microscope, remember that I am still a person. These are just different features that I have that you aren’t aware of.”

Wesley said minority students are the same as everyone else on campus.

“If you take color out of it and you ask what they do on a daily basis, they are going to be doing what everyone else does,” Wesley said. “I go to class, I go to Blackhawk and eat and I go back to my dorm and I’m in my dorm for the rest of the night. That’s the majority of everyone’s life here. But everyone wants to throw color into everything.”

Wesley said following the 2016 presidential election, an incident near campus caused her to take a break from UWO.

She was on Algoma Boulevard when she saw a man yelling and driving a pickup truck with a Confederate flag hanging off the back.

“And that’s what made me leave.,” Wesley said. “I just didn’t feel safe anymore. That’s before I understood that people are ignorant and there are racist people, but not every white person is racist.”

Robinson said she has also experienced racism on campus.

Wesley said African-American students on campus often feel like they have to be more aware than other students.

Carey-Butler said the University is taking steps to increase diversity on campus.

“We want to foster dialogue and awareness and dedication to inclusive excellence,” she said. “We want to build a strong supportive campus environment.”

“You approach it from a learning standpoint instead of ‘what’s wrong with her,’’’ she said. “It’s about your approach. It’s about how you ask the question. It’s the energy you give off.”

Wesley said that as a black person, it’s important to educate others, but as a white person, you must also be receptive to that message.

Both Carey-Butler and Wesley said attending cultural awareness events on campus as well as attending meetings for clubs such as the Black Student Union, regardless of race, can go a long way to creating a more inclusive campus.

“Participate in the offerings that are there,” Carey-Butler said. “When you see opportunities to develop cultural competencies, participate in them. We are constantly offering programs and initiatives to address some of the challenges given the diversity that exists.”

To help address the issues of diversity and inclusion, administrators need to proactively recruit diversity on the UWO campus. Minority students deserve to have faculty members of their own race, which also exposes non-minority students to different cultures and viewpoints.

Administrators must explore the possibility of a task force comprised of diverse minority students. After all, don’t minorities know first-hand the challenges that must be overcome to be a successful student at UWO?

Faculty and staff also need to take steps to foster inclusion on campus. We must be aware of the challenges minority students face and be sensitive and mindful of the way we ask questions to our fellow classmates. We also need to practice acceptance, not only in regards to race but also in regards to gender, class and ethnicity.

In today’s changing world, UWO needs to portray ideologies that support diversity and inclusion. Campus events honoring Black History Month have been a great way to exchange dialogue about diversity, but it isn’t enough.

Carey-Butler said that students need to embrace diversity on campus.

“Take advantage of the diversity that exists,” she said. “Because one day you will work and live in a society that will be even more diverse than what you’re used to now, and you want to know that you have your culture and that you’re culturally competent.”