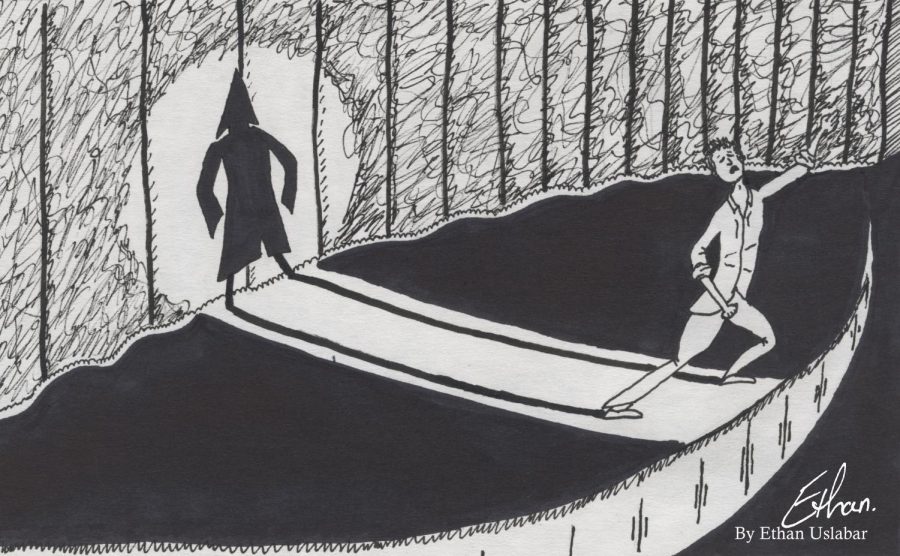 To confront a history of racial inequality on college campuses, more than nine universities in the United States have changed names of buildings with ties to racist pasts.

This past August, UW Madison voted to change the name of two rooms in Memorial Union, including one area named the Fredric March Play Circle, after evidence surfaced that Academy Award-winning actor Fredric March was a member of an early Ku Klux Klan organization on the Madison campus.

Should UW Oshkosh follow suit and rename its theater? A forum was held on campus Monday from noon-1 p.m. to discuss renaming Fredric March Theatre in light of reports of racism and a lack of inclusion and diversity on campus.

The forum, held at Reeve Memorial Union, had very sparse representation from the UWO student body.

Regardless of the number of student attendees, why would UWO risk keeping the name of a building on campus if the name has any sort of ties to a white supremacist hate group? Surely the renaming of one building on campus isn’t too much to ask as Wisconsin — indeed the country — grows increasingly diverse.

The number of faculty present at the forum far outweighed the number of students in attendance, which surprised Associate Vice Chancellor of Academic Support of Inclusive Excellence and forum moderator Dr. Sylvia Carey-Butler.

“The chancellor has been getting a lot of inquiries about this,” she said. “That’s why I expected this room to be packed.”

With no African-American students in attendance, it could leave the impression that minority students on campus simply don’t care about the name of the theater and its ties to the KKK. However, Black Student Union Vice President Imani Ware disagreed.

Ware outlined a history of systemic racism on campus, citing Black Thursday, a 1968 incident in which 94 students were arrested for protesting for equal rights at UWO.

Ware also mentioned a 2017 incident in which a racial slur was carved into two students’ dorm room doors.

Jane Purse-Wiedenhoeft, chair of the Theatre Department, director of the Fredric March Theatre and co-leader of the forum, said the theater was named after March in 1971 in hopes that March would donate money to the University.

Although March did not donate to UWO, Carey-Butler said by keeping the name of the theater as Fredric March, UWO may still be able to get scholarships from March’s family.

Carey-Butler charged UWO staff and students with the task of investigating March’s history and reporting it to the working group that she’s creating, which is open to volunteers.

Other state newspapers have reported that March co-founded the Hollywood Anti-Nazi League in 1936 and hosted a benefit for the NAACP in 1964.

African-American student Garahbrie Wesley said she did her own research, and from what she learned, she thinks the Fredric March Theatre should be renamed.

“You’ve got to think about the times that we’re coming from,” she said. “We’re in this period of stepping up and stepping out.”

Wesley said the campus needs to address its racist past.

“If you want to recruit more multicultural and ethnic students to campus, you need to change the name,” she said. “For them to not change the name, that would be a slap in the face.”

Carey-Butler said there is insufficient evidence to show that the KKK organization March was affiliated with actually held the same beliefs as the radical KKK organization that later formed.

Once the latter organization was created, the former organization that March was involved in dissolved, she said. She also said there is little information on what type of personal beliefs March held and cautioned that UWO should not take a reactionary approach to renaming the theater without having all of the facts. She has reached out to March’s grandson for comment on March’s character.

A forum attendee pointed out that the deceased’s relative may not provide the most accurate assessment of March’s character.
Wesley said any ties to the KKK should lead to a name change of the theater.

“There are different minorities and different groups here and the KKK is something that should make students run,” she said.

Carey-Butler said she has no idea of the cost of renaming the theater and the information provided at the forum is available in reports from UW Madison which will be published on the UWO website.

Regardless of whether March’s particular branch of the KKK was a hate group or a social club for young scholars, the Fredric March Theatre is named after a man who was largely unknown by most of the campus prior to UW Madison’s renaming controversy.

In nearly 50 years neither March, nor his estate, have made any financial contributions or provided scholarships to UWO, and the name has no significance in terms of UWO’s history.

It’s time to consider the possibility of a more progressive name for the theater, something that students can be proud of.

Ware said if officials do not change the name of the theater, it would be continuing a history of racism on campus, sending a strong message to minority students that they are not welcome at UWO. She suggested researching the names of staff members who may have made a difference on campus, or at the theater, and using that person’s name as a replacement for March’s name.

Ware cautioned UWO officials to do a thorough background check before deciding on a new name for the building.

While discussions continue into the possibility of changing the theaters’ name, African-American students also need to make an effort to voice their opinion.

“We have to be willing, as students of color, to step out and make these changes,” Wesley said. “It’s a step in the right direction, letting people know that we’re here. Our presence is here. Our voice is heard. That’s not cool. We live here, too.”

With 148 years of history at UWO, officials need to consider the possibility that other buildings on campus may have names with ties to a negative past. UWO needs to proactively examine the history behind the names of all campus buildings and a system should be put into place to address the future renaming of campus buildings in case this issue arises again.

Staff, students and community members are also encouraged to do their own research on the history of Fredric March and report it to the working group that’s being created. It’s difficult to make an educated decision on whether the building should be renamed when there is so little information on March’s personal character.

UWO students and faculty are also encouraged to sign up to join the working group that Carey-Butler is creating so that UWO can create a diverse panel to examine March’s history. UWO needs to ensure that all campus voices are heard so that the decision to rename the theater is based on facts rather than emotion.

The UW Madison campus ultimately decided to change the name of two sections of buildings on campus. The Porter Butts Gallery was renamed the Main Gallery and the Fredric March Play Circle was renamed the Play Circle. Butts was a professor and arts historian, as well as Madison alumnus.

Regardless of whether the theater’s name gets changed, UWO needs to follow suit and create signage to commemorate and educate UWO students on the history behind the theater and the name.

It’s time to take steps toward confronting a racist past and increasing inclusion and diversity at UWO and march into change.