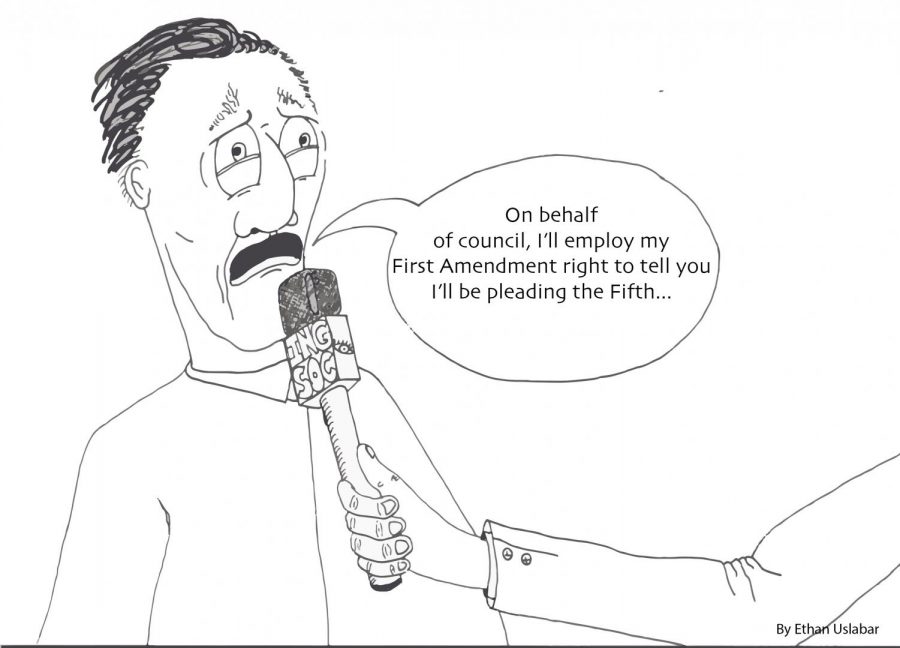 President Trump signed an executive order on March 21 aimed at withholding funding from universities that do not protect free speech on campus.

With social justice issues being brought to light at UW Oshkosh in recent weeks, some students have said certain types of speech should not be tolerated on campus.

Could Trump’s order affect the UWO campus and provide a fertile environment for continuing hatred and division to grow?

Trump’s order would require 12 federal agencies to create regulations to ensure that colleges and universities that receive grants are upholding free speech on their campuses. The order was created in response to concerns that colleges are too liberal and are not allowing conservative speakers on campus.

“If a college or university doesn’t allow you to speak, we will not give them money,” Trump said.

However, Kalmbach said universities are already required to uphold the First Amendment on campus, and the order is aimed at ensuring conservative speakers are allowed on campuses.

Assistant professor of political science Jerry Thomas identifies as gay and considers himself an unabashed champion of racial and sexual minority rights. He said the executive order is mostly symbolic.

“This thing is saying, from a conservative president, that conservatives have a right to speak,” he said. “And guess what: they do.”

Thomas quoted the bedrock principle of the First Amendment cited in many Supreme Court decisions. “It is that government may not prohibit the expression of an idea simply because society finds the idea itself offensive or disagreeable,” he said.

Chancellor Andrew Leavitt said UWO has been trying to address the overlap between freedom of speech rights and the rights of individuals to have an educational experience free from harassment.

“We cannot pursue sanctions against a student based on the content of what a student said because that’s free speech,” he said.

Kalmbach said there is a fine line between freedom of speech and harassment or discrimination that is difficult to address.

“You don’t want students to feel threatened. You want people to be able to say what they say,” he said. “But sometimes what people say makes people feel threatened. So how do you balance that out? It’s not an area where there’s a clear answer.”

Should certain speech be restricted?

Some students say certain types of speech should be restricted on campus.

“Racist speech, speech hurting others based on race or religion, should not be covered by free speech,” UWO junior Shifa Ahamed said. “Speech that offends people.”

“There are some things you can’t say, and I think discrimination should be part of that,” he said.

But Thomas said we can’t ban specific types of language on campus.

“The courts have said that so long as the speech activity does not materially and substantially disrupt the school’s mission and purpose, you have to allow it,” he said.

Thomas said a university, more than any other place, needs to be a marketplace of ideas.

“Censoring someone doesn’t change their beliefs,” he said. “The question is, how do you change attitudes?”

Leavitt said with nearly 3,000 new students on campus each year, it’s impossible to stop students from using their free speech in negative ways. He said UWO needs to send a strong message that we condemn hate speech or speech that’s meant to hurt people based on their identity.

“What we can do is set the expectation of this community that we are very concerned about bias incidents,” he said. “That we want to have a safe and welcoming environment for everyone and that we have an obligation as an institution to set that expectation for everyone who’s on the campus.”

Thomas said he will be leading a 3-credit spring interim course in reaction to the UWO Call-for-Action forum held March 18, creating a platform for students to address racial, sex and sexual discrimination on campus and in the community. Political Science 370 will be focused on group and class projects aimed at increasing inclusivity and will be 100 percent participation based, with students choosing their own grade at the end of the course.

Thomas said he has experienced discrimination throughout his life due to his sexual orientation, which puts him in a unique position to tackle social justice issues on campus.

“I know what it’s like to be oppressed, to have people hate you,” he said. “There is not anyone who is better equipped to do something about this than me.”

Thomas said he is giving students a forum to spark change.

“What I want to do is ignite them and empower them and then step back and help them when they ask me,” he said.

Trump’s order only reiterates principles that are already applied at UWO, that free speech needs to be a core value for all. But just because UWO students have free speech rights doesn’t mean those rights should be used to disparage others.

Recognize that each individual’s experience is unique. Rather than letting our differences divide us, let’s embrace our differences and use them to empower us. Instead of silencing the viewpoints of those who harass and disparage others, let’s take steps to address the root causes of bigotry.

Thomas said college Republicans, college Democrats and people with a variety of political beliefs are all coming together to see what UWO can do when we work together. He believes the answer isn’t to censor or punish offensive speech, but to confront it with more speech.