Wetlands: Dead in the water? 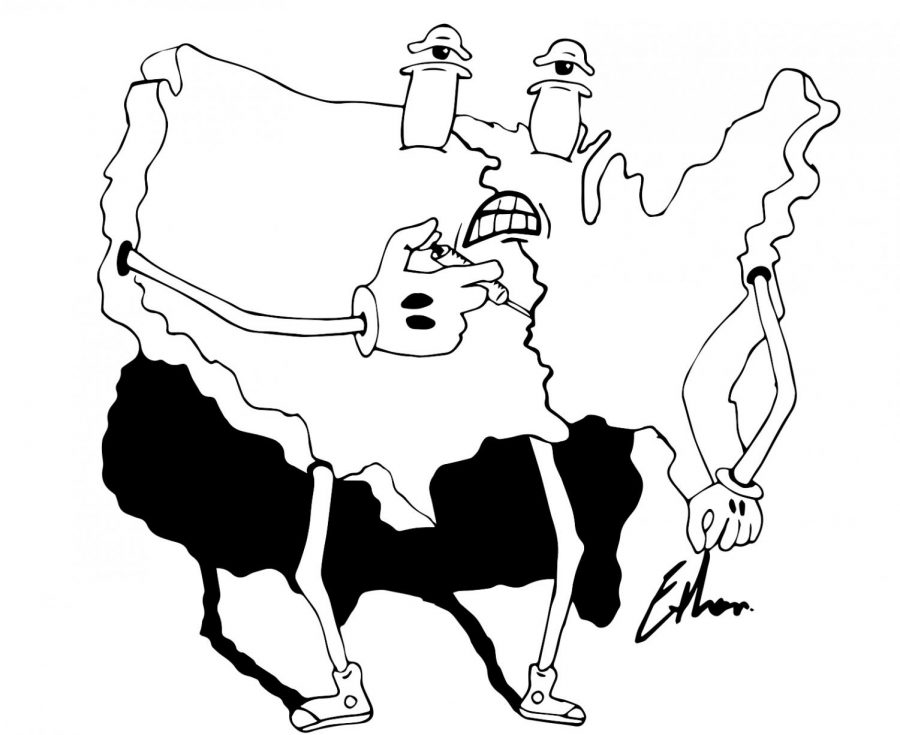 On April 15, just one week before Earth Day, public comments were quietly closed on the Environmental Protection Agency’s proposal to eliminate protections for over half of the nation’s wetlands.

The proposal, which the Trump Administration supports, would change the scope of waters that fall under The Clean Water Protection Act and would redefine what is covered under federal regulations by proposing a “Waters of the United States” definition.

According to the U.S. Geological Survey, the WOTUS proposal would remove federal protections for 18% of streams and rivers in the U.S. and over 51% of the nation’s wetlands.

In Wisconsin, Department of Natural Resources secretary Preston Cole said a large percentage of the states’ 5 million acres of wetlands and at least half of Wisconsin’s rivers, could lose protections under the proposal.

The proposed regulations would put protections of our nation’s waterways at their lowest levels in over 30 years.

Acting associate dean and geography professor Colin Long teaches climate courses at UW Oshkosh and said the WOTUS proposal would likely cause no immediate dramatic effects on the environment. Rather, the effects would appear over time.

“It’s not always this catastrophic event that causes degradation in ecosystems,” he said. “It’s a slow buildup over time that starts to wear away at the ecological integrity of the process. So by relaxing standards, it provides an opportunity for that degradation to start.”

And once that degradation starts, the environment will never be the same, according to UWO geographic information systems professor Mamadou Coulibaly.

“By the time you realize the damages, they will be irreversible,” Coulibaly said.

But if you break down the proposal’s goals, three out of the four reasons listed are financially motivated, allowing businesses to develop in areas that currently receive federal protections.

“If you’re a company and you want to build another plant or expand your parking lot and you’ve got to plow over someplace that has some stupid little frogs in it, and you can’t pave that lot, that’s where the frustration comes in,” Long said.

But Coulibaly said those “stupid little frogs” are an important part of the ecosystem.

“Nature isn’t that simple,” he said. “Even if you can’t see the connection with your bare eyes, there is one.”

To break it down even further, the goal of this policy is to make money at any cost.

“It’s all about making it easier for businesses to do what they want to do with the landscape,” Long said.

The idea that this policy is intended to “protect our nation’s navigable waters” is laughable.

“I don’t see the connection there,” Coulibaly said. “I see a good economic reason for it.”

If the environment is what’s at stake, the Trump Administration is willing to sacrifice it in the name of corporate greed.

The rule would also open many waterways up to surface mining, which destroys and degrades land, causing runoff pollution and flooding.

“Mining uses different types of tools and chemicals,” Coulibaly said. “Because of gravity, these will wind up in the water.”

Not only do wetlands play a vital role in supporting fish and wildlife, they also act as a filtering system and water retention source, absorbing runoff and aiding in flood prevention.

In 2008, flooding was so severe in Wisconsin, the state received over $44 million in grants from FEMA. In Fond du Lac, 2,000 homes sustained “substantial damage” and the town was declared a federal disaster area.

In the first four months of 2019, several states in the United States have already experienced record flooding. If wetland protections are eliminated, and businesses are allowed to fill in and build on these sites, there will be fewer retention areas for floodwaters.

“As far as the opportunity for floods to increase over the next several decades, yeah, that will most likely occur,” Long said, “because climate variability will increase as the planet gets warmer.”

“The more infrastructure we put into areas susceptible to flooding, the more opportunities to have these catastrophic losses,” Long said.

The Trump Administration acknowledged in their Economic Analysis plan for the Proposed Revised Definition of “Waters of the United States” that the proposal could lead to increased flood risks as well as contamination and pollution. The Administration believes some states may take action to increase regulations on the protection of waterways and wetlands.

“Humans are a part of this ecosystem,” Coulibaly said, “so if we endanger wildlife by destroying wetlands, we are endangering ourselves.”

What the Trump Administration fails to consider is that all the money in the world will be worthless when our waterways become polluted, our communities flood and we no longer have clean water to drink.