History Club shows brutal horrors of Holocaust with ‘The Pianist’ 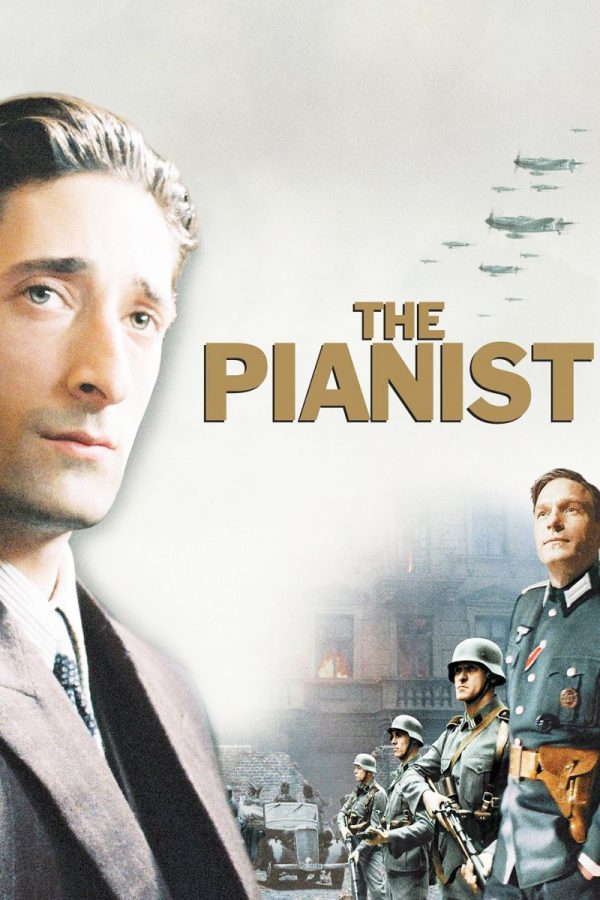 Owen Peterson, Columnist
Throughout September, UW Oshkosh has hosted a number of Holocaust-related events, ranging from exhibits about Auschwitz to speeches from Holocaust survivors.

On Sept. 18, following a speech by Holocaust survivor Eva Zaret and a discussion on how to teach about the Holocaust in American schools, the UWO History Club screened “The Pianist,” a 2002 film about acclaimed Jewish pianist Władysław Szpilman and his experiences during the Holocaust.

“The Pianist” was the perfect choice to screen in association with all the other events as it offers an unflinchingly personal and brutal view of the Holocaust that fits well with the other on-campus events educating a new generation of its horrors.

In addition to the film being based on the real experiences of Szpilman, the director, Roman Polanski, also survived the Holocaust, so that “The Pianist” presents a blend of two survivors’ experiences that results in a unique presentation of life in the Warsaw ghetto.

The most unique aspect of the film is how it takes a very objective view in displaying the Holocaust, opting to give an honest portrayal rather than a melodramatic one.

At no point in the film is there a somber score in the background as the camera zooms in on the main character crying in dramatic fashion. Rather, the film takes a very passive stance in portraying the tragedies, choosing to show them both from a distance and in largely stagnant frames.

In scenes such as one early on in the film where a Jewish man in a wheelchair is dumped off a fourth-story balcony by a group of Nazis, the complete lack of pathos in displaying something so horrible makes it even harder to stomach.

Including typical melodramatic elements in a scene may have resulted in an artificial sense of pathos that would undercut its true horror, whereas this extremely unfiltered view feels more akin to a documentary, almost making the viewer have to be reminded that what they’re watching is fake.

Polanski instead puts his personal touch on the film by presenting a very honest depiction of the Warsaw ghetto, adding in many little touches in the set and costume design that might have even come straight from his own experiences.

By adding in snippets of people eating food off of the ground, Nazi officers making Jews dance for their amusement and many casual killings, Polanski creates a portayal of the Holocaust that sets itself apart from other films dealing with the same subject matter by dialing down the scope and focusing on acute details to provide a more personal perspective.

A large part of the reason that this angle is successful is the fact that the whole film is shown only through the perspective of Szpilman, who is played brilliantly by a stoic and nuanced Adrien Brody.

A lot of the most crucial historical events that take place in the film, such as the first bombings of Poland by Germany, and the beginning of the “Warsaw Uprising” are only seen through the windows of the buildings that Szpilman is hiding in, making the viewer even more connected to the experience of a single survivor rather than than trying to offer a generalized viewpoint.

This leads to another one of the unique aspects of the film: the way Szpilman is handled as a protagonist.

Szpilman is not a hero and Polanski makes this very clear from the start. Throughout the film, he is constantly saved by a mix of his reputation as an acclaimed pianist and sheer luck. Szpilman is simply a victim who is subject to his horrible surroundings. He never takes any real action against the Nazis nor does he go out of his way to help others. His only desire is to survive.

On paper, this appears to be a very drab quality to have your protagonist possess, but this choice is essential to what Polanski is trying to say in the film.

Polanski has no interest in making a typical Hollywood story where the hero overcomes tragedy. He is only interested in providing his depiction of the Holocaust, most likely drawing from his own experiences where there were no heroes, only survivors.

This “realist” take really sets “The Pianist” apart from most Holocaust films in the sense that it does not care about fulfilling a traditional narrative. Many would no doubt find it frustrating to have a main character that is simply tossed around by his surrounding conditions, but this decision serves the imperative function of making the film feel authentic and not at all glorified in any way for storytelling’s sake.

It is this level of authenticity that made “The Pianist” a great choice to screen in association with all the other Holocaust-related events going on on-campus. If you are interested in learning more about the Holocaust, the Auschwitz-Birkenau Nazi German Concentration and Extermination Camp exhibit on the third floor of Reeve Union will be displayed until Sept. 27th.