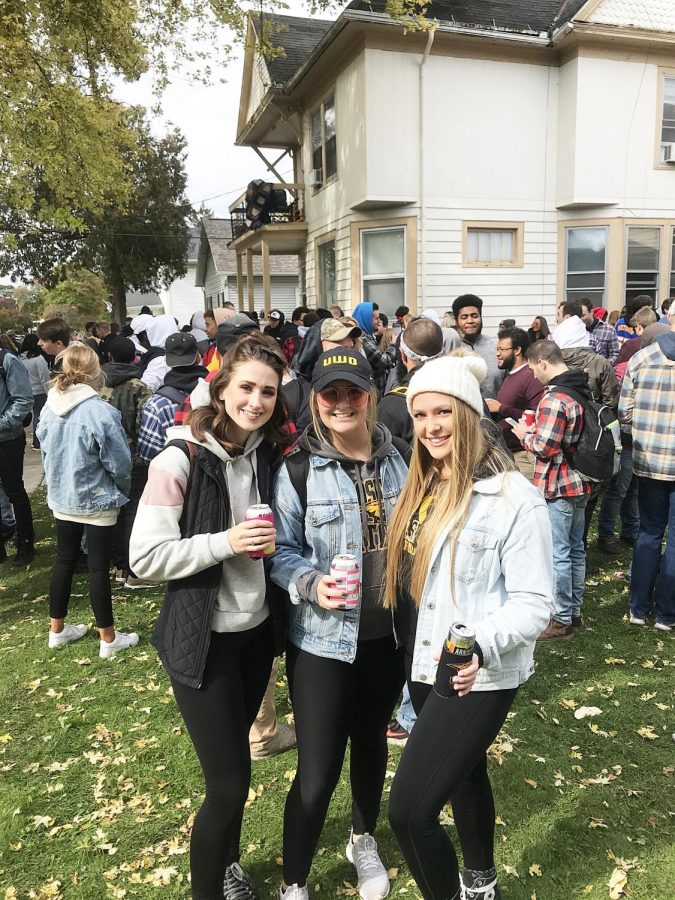 8 a.m. — It was a crisp morning when my alarm went off on Saturday, Oct. 12, the beginning of fall Pub Crawl. Although some of my friends had already been up for an hour, downing their first sips of beer, I was just waking up to get ready to join them. 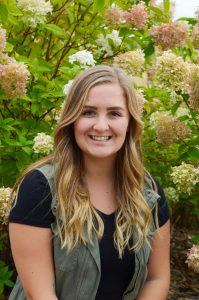 Pub Crawl happens twice a year, once in the fall and once in spring, and the entire campus drinks as much alcohol as they can until they can barely walk.

My roommates and I pledged to stay together throughout the day and make sure we all had a good time while being safe.

I started my morning with an ice-cold Smirnoff Ice while eating my breakfast of eggs and toast. It wasn’t the best combination in the world, but it’s a part of Pub Crawl — you drink the second you wake up.

11 a.m. — We took our first steps out of the apartment into the breezy morning air and headed our way to our first party. We met up with a couple of our guy friends and started cracking some cold Natural Light Seltzers, Catalina Lime Mixers and Jell-O shots.

The first house we went to was on Lincoln Avenue, very close to campus and an entire mob of people was already there. Music was blasting, drinks were flowing and everyone was trying to stay warm with the temperature only being in the lower 40s.

The best thing about Pub Crawl is that everyone just wants to have a good time, regardless of the weather or other circumstances.

12 p.m. — I had downed one Smirnoff Ice, six Jell-O shots and two Natural Lights; I was feeling pretty good.

There was a pickup truck that was driving around the streets handing out free hot dogs and water bottles to anyone who wanted them. Then, a girl on roller skates came around with the ketchup and mustard. You cannot make this stuff up!

After only a half hour of being at our first party, the cops slowly began to show up to try to end the party. I tried to take a photo with one of them, but it didn’t go so well. Nobody wanted to leave, but nobody wanted to get a ticket either, so we finally left and went back to one of our friends’ houses.

12:30 p.m. — Everyone was trying to warm up inside after being out in the freezing cold for so long. After a while of doing that, we headed off to another party.

I found myself in the middle of a game of beer pong with four guys I’ve never met before, but they were super nice and hilariously drunk. Me and my partner ended up winning and celebrating largely with shotgunning a beer in the yard.

That’s when everything started to go fuzzy for me. Me and one of my friends went inside so I could use the restroom upstairs, and I ended up falling down the stairs on my way back outside.

I tried to laugh it off, but the pain was immense in my lower back and thigh. I sat down on the couches in the living room with my friend who was with me at the time. She and I just talked and tried to think of something other than the pain and drunkenness I was experiencing.

My two roommates found me quickly, got me water and sat next to me. I’m not sure how I got so drunk so quickly, but I did and everything from then on was a blur.

We ended up going to another house party after a while, and the walk there seemed miles away. I ended up leaving after 10 minutes and had someone walk me back to my apartment.
2 p.m. — I ended up passing out on our living room couch.

5 p.m. — When I woke up, I decided it was in my best interest not to go out that night and instead stayed in with my roommates and watched movies and ate pizza.

This year’s Pub Crawl didn’t last long for me, but I did have a good time with my friends and got away from the reality of school and deadlines for a while. Hopefully spring Pub Crawl will be a little more enjoyable for me.

Normally people go to the bars that night along with drinking all day for Pub Crawl. It’s almost impossible for some people (me) to do this, but the driven ones usually find a way.