Recipe for a great professor 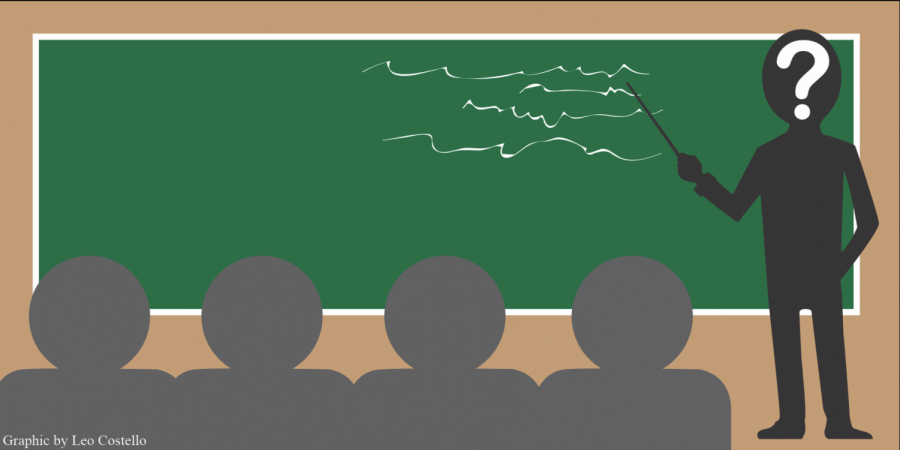 As a nontraditional student, I’ve been on campus for a long time, experiencing dozens of professors and lecturers during my stay at UW Oshkosh.

I enrolled at UWO in fall 2009 as an English education major. While I did eventually switch my major to journalism, I still feel like I have a good handle on what makes an effective teacher.

Now that I’m finally graduating, I’d like to share my thoughts on what makes a great professor and shed some light on the most notable good and bad professors I’ve witnessed.

Passion for teaching
First and foremost, great professors not only want their students to learn, but find genuine joy from watching them learn. They’re not teaching so they can get published, do research or simply have a secure job.

Thankfully, I’ve never heard the cliché, “Look to your right, now look to your left. One of you will not pass this class.” No matter the difficulty of the subject, this line of thinking is counterproductive and shows a professor’s ego more than anything.

My best professors were enthusiastic, engaging, interactive and used time well to the point where the class seemed easy.

My current astronomy professor, Dr. Barton Pritzl, is a great example of this.

Pritzl’s lectures are clear to the layperson. He knows most of his students aren’t astronomy majors, but instead of brushing them off, he embraces the idea of teaching them about the universe.

Instead of recycling old slideshows, Pritzl adjusts each lecture to where he left off last class period, never directing us to finish the reading on our own time.

Additionally, Pritzl frequently quizzes us during class and with small at-home online assignments. He always wants to make sure we’re familiar with the material so he knows what ideas he can emphasize more in the future.

Pritzl’s lecturing style is so effective that, for my latest exam, I didn’t have time to study and I still scored a B. He doesn’t even require a textbook.

Geography lecturer Laura Carnahan also has a clear passion for teaching students who might not be incredibly enthusiastic about her subject. She constantly looks for where her students might be struggling and always asks for ways in which she can improve her teaching methods.

Practicing what they preach
Most professors are well-taught and well-researched in their subject but have not served “active duty.”

While it’s not completely necessary for professors to get their hands dirty, if you will, personal experience in a subject can add a lot of validity and uniqueness to a professor’s ability to teach.

Professors who are more experienced with, well, experience outside of academia are usually more confident, direct, yet open for questioning and criticism. A Ph.D isn’t always a sure-fire sign of a good professor.

Miles Maguire in the journalism department has a dense background working for publications in Baltimore, Milwaukee, New York and Washington. His experience very much fuels how he operates as a professor.

Maguire’s editing and reporting classes put his students under pressure of real-world professional standards, allowing his students to get a feel for what it will be like to work for a real publication.

The Law of Mass Communication class is the most dreaded class for many journalism students. Maguire’s approach throws the minutiae of dates and other specific facts out the window to focus on the broader picture of landmark law cases. This practical approach might not be the choice of a journalism professor who only learned by the books.

Empathy
While this does often come along naturally with professors who are passionate about teaching, not all are empathetic to their students.

Good professors don’t let their years of teaching blind them to the fact that every student is an individual person living their own life with their own experiences.

I battled clinical depression while in school. During semesters where I lost motivation and stopped attending class, I was wishing one of my professors would email me to ask if everything was OK.

During one of these semesters, I walked into class after not attending for more than a month to have a professor greet me with, “Glad you finally decided to show up.” This gave me the excuse I needed to drop out of school temporarily.

On a more positive note, English department senior lecturer Paul Niesen once pulled me aside after class to tell me that he thought I’d make a great teacher someday. Even though I eventually changed my major, those words had a lasting impact.

Bad professors
I’ve had a fair number of professors I didn’t like. I’ve had professors that were disorganized, uncaring for their students, apathetic about their job or didn’t really seem to know what they were talking about.

The classes I had with these poor professors were always the ones I was the least interested in and learned the least from. These professors were so uninspiring that I don’t even remember their names… except for one.

One particular professor in the philosophy department, who has a Ph.D, was so seemingly incompetent that it was apparent that he had been photocopying the same worksheets for decades. He had absolutely no interest in his students or his ability to teach them well.

On the most bewildering day of my college career, this professor, instead of giving a lecture, had us watch “Daddy Daycare” for seemingly no reason. He never brought it up for the rest of the semester.

Fortunately, that was the most baffling case of a bad professor I’ve witnessed at UWO. Of all things, it was an ethics class.