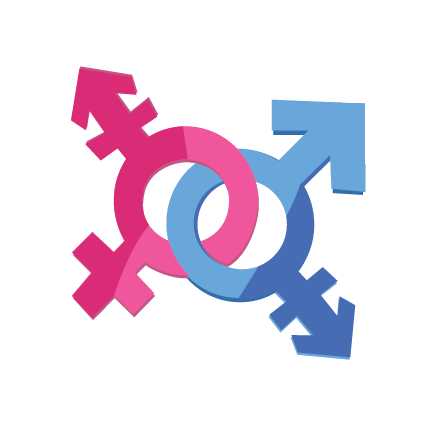 The use of gender-neutral pronouns have risen in popularity in the past few years, as has the backlash towards their use and the people who use them.

Pronouns such as they/them/theirs and ze/zir/zirs are often adopted by nonbinary or gender-nonconforming individuals who feel that traditional male and female pronouns don’t accurately represent them.

People’s chosen pronouns are an extension of their identity and the misuse of them can often make LGBTQ people feel disrespected, invalidated or dysphoric.

Gender dysphoria is the feeling of extreme discomfort someone has when being identified as the gender they were assigned at birth, as opposed to the gender they identify with.

But it is far more awkward and hurtful for LGBTQ people to be misgendered than it is for the people introducing new pronouns into their vocabulary.

Referring to someone using the pronouns they prefer is one of the most basic ways of showing respect for them as a person and acknowledging their gender identity.

Respecting the pronouns someone has chosen is such a small change that requires minimal effort for the courtesy and validation it gives to LGBTQ people.

Fifth-year student Burgundy Johnson, who uses ve/vir/virs, ze/zir/zirs or they/them/their, said it’s painful when people refer to them as he or she and it makes them feel dysphoric.

Intentionally referring to LGBTQ people using the wrong pronouns can be painful and offensive.

“It’s like I’m being stabbed,” Johnson said. “And when you’re stabbed in the same spot repeatedly then it’s just obnoxious, but still hurts all the same.”

Introducing more inclusive language into our vocabulary is a simple way of being more considerate towards a traditionally oppressed group of people.

Johnson said they understand that there is a learning curve with using neo-pronouns such as ze/zir/zirs and ve/vir/virs.

“With neo-pronouns, all you have to do is just stop and think about what you’re saying and eventually it becomes easier,” ve said.

Thinking before we talk is a simple price to pay for the validation that respecting the preferred pronouns of some LGBTQ people gives them.

Admittedly, using new pronouns and referring to “they” as a singular pronoun can feel awkward and difficult to introduce into everyday speech, but language is constantly changing, and new words become easier to say with usage.

Merriam-Webster added a new definition for “they” as a pronoun “used to refer to a single person whose gender identity is nonbinary” in September 2019.

Obviously, we can’t always guess someone’s correct pronouns, but it is far better to ask and then use their preferred pronouns than to guess wrong and make someone feel dysphoric.

Johnson said asking only LGBTQ people what their pronouns are can be a bit nuanced because it can feel like they have to out their gender identity every time someone asks for their pronouns.

“It can be a little alienating depending on the person,” ve said. “That can cause some degree of dysphoria for some people.”

Johnson said it would be better if everyone started saying their pronouns along with their name when they introduce themselves.

“Really we should just normalize introducing our pronouns to each other,” ve said.

Johnson said if you don’t know it’s best to ask and to try and not be rude about it.

“I personally rather just be asked,” Johnson said. “Most people mean well and I figure if you’re asking at all you mean well.”

Using people’s preferred pronouns won’t solve all issues of LGBTQ equality, but it is one of the simplest ways to show respect for someone’s gender identity.

Transgender and non-binary people are here to stay and deserve to be respected, especially in the most basic, easy way.