‘The Willoughbys’ is a nonsensical children’s film 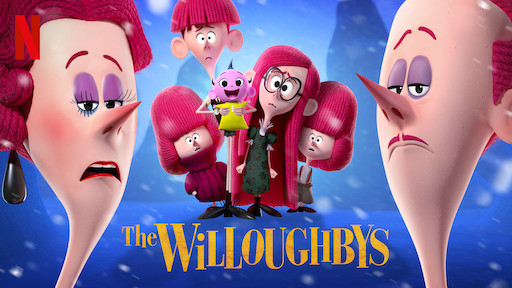 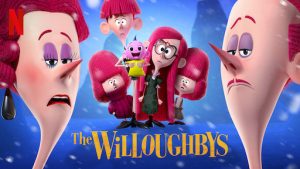 “The Willoughbys” is another Netflix film that, unlike “Coffee & Kareem,” is clearly targeting a younger audience. Bron Studios is a Canadian Motion Picture Company that had acquired the rights to the book this film was based on.

They produced the film with Netflix agreeing to distribute the film. So Netflix did not green light this film themselves, but rather they agreed to distribute it.

The general plot is that the four Willoughby children are convinced they’d be better off raising themselves due to neglectful parents. So the four children hatch a sneaky plan to send their selfish parents on vacation.

The siblings then embark on their own high-flying adventure to find the true meaning of family with their newly hired nanny. View the trailer at https://www.youtube.com/watch?v=HnG4ag3Nkes.

Now, before I begin, I would like to start off by immediately defending myself from the “well, it’s meant for kids. It’s not meant for you” crowd.

However, I come with the same argument every time, which is that the genre of “children’s film” is not meant just for kids.

It’s a genre that’s meant to bring out the kid in everyone. There have been many “children’s films” of recent years that were fantastic such as “Frozen,” “The Kid Who Would Be King” and most recently, “Onward.” So the “it’s just a children’s film” argument is not a valid defense of it.

“The Willoughbys” can be placed within the genre of “put this on to keep the kids quiet.” It joins the ranks of all of the Illumination films and the most recent “Grinch” film.

The entire film is a contradiction and it’s a mess. This film is the blender of “Willy Wonka and the Chocolate Factory,” “Marry Poppins” and “The Wizard of Oz.”

The big element of “The Wizard of Oz” that everyone is familiar with is that there is something over the rainbow and in “The Willoughbys,” they live under a rainbow and expect something great at the end of it.

It tries to play with the idea of a “perfect” world somewhere that isn’t where they currently are. However, it tries to subvert that idea by being edgy while also being a fun, adventurous and heart-warming movie about family.

The film even begins with a contradiction. Ricky Gervais voices a cat who first says, “If you’re looking for a happy ending, this isn’t the film for you.”

Then who is the film for? That’s what I want in my children’s film, a dark ending.

Well, all of which doesn’t matter because the cat just lies to you anyways. So the film promises this edgier tone but instead decides to delve into colorful chaos and sticky visuals that look as if a glitter warehouse exploded in the film.

The main character we follow is the oldest sibling named Tim, voiced by Will Forte. It’s really supposed to be an ensemble cast, but the film even fails at that because two out of the four siblings have nothing to do other than tag along and be the funny side bit every once in a while.

Tim is a scattershot of things he’s dealing with like having the responsibility for looking after his siblings at a young age, which is hardly focused on. He also gets jealous when the Nanny, voiced by Maya Rudoplh, undercuts his role.

Tim is also the usual early teens character who is pouty at the smallest of things. He himself is not really likeable so there is no clear anchor for anyone to get invested into the film.

The film is dense with the usual broad comedic character shticks that are meant to appeal to the kids. One of those characters is voiced by Terry Crews and I’m sure everyone reading can already imagine what he sounds and looks like in the film.

While all of that nonsense is occurring, Ricky Gervais’ cat walks on screen every 10 minutes to tell the audience exactly what is happening and directly tells you what is going to happen next. His cat is essentially the omniscient narrator, but he’s also a character in the film itself. So none of that makes sense.

As a whole, it comes off as an undernourished Pixar film. There are actually lots of dark elements in the film that gives it a very cynical tone like the parents who refuse to do any parenting, the portrayal of Child Protective Services and the idea of abandonment, but the film doesn’t commit to any of that. And with all of that, I have no idea what the film was trying to say or achieve.

Is it about the idea of having to grow up too fast? Jealousy? The importance of siblings? You should appreciate your family because it’s the only one you have? Technology replacing parenting? Growing up with high expectations? It’s the journey, not the destination? The world is a cold and depressing place?

Well, it’s all of those things, but also none of them at the same time. Instead, here’s some quirky outrageousness that will act as eye-candy for the children.