Be united in the fight to further student involvement 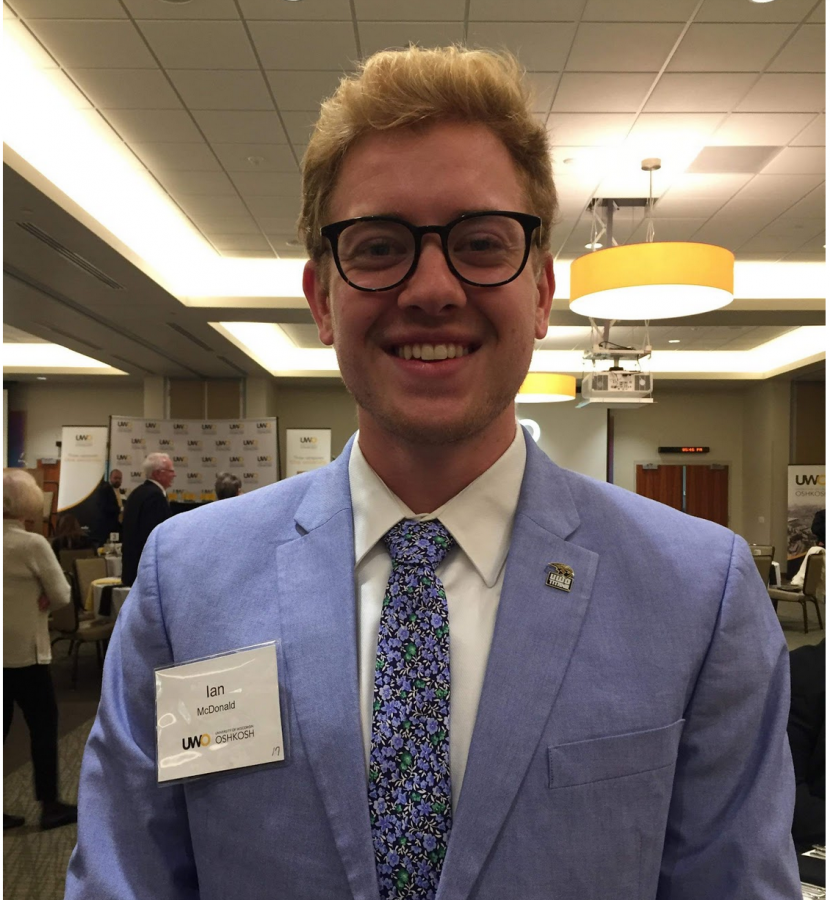 My name is Ian McDonald and I am the student body president of the University of Wisconsin Oshkosh. I am going into my senior year and will graduate in Spring 2021.

Students are facing a time that they never have or will experience again. Their grandparents, parents, teachers and mentors all alike have never lived through such an event like the year 2020.

Currently, the Student Government Association and its advisers are fighting a battle on multiple fronts. We face the upcoming uncertainty of the fall semester, we face a blueprint that requires an upheaval of our liberal arts education and we face a financial system that threatens student life.

Each situation seems to be its own individual problem, yet it is the symptom of the same disease.

My story begins with outgoing UW System President Ray Cross who is retiring. With the search and screen committee to replace President Cross containing only one student, a former Board of Regent from Madison, student opinion and consideration of student thoughts and feelings is almost non-existent.

With UW-Madison exempt from the Cross’ Blueprint, comprehensive institutions directly impacted by the blueprint have zero representation on the work to replace the president that has created the possibility of monumental changes for their university.

As the blueprint has caught the attention of faculty, staff, students and administrators around the state, the new incoming UW System president can keep the blueprint, replace the blueprint or can completely disregard it.

As the world post-COVID-19 emerges, change is bound to happen, and it’s not always bad and can shine lights on broken parts of the system. What is bad, is the lack of student involvement that is included in these discussions – that is the disease. When students are not included in the discussion, their interests are overlooked and often, the students experience much of the change.

Rather, when students are involved in the discussion, the benefits include “improved satisfaction with college and higher retention rates, increased confidence … and a stronger drive to achieve,” according to a 2003 study by Pritchard and Wilson.

These benefits are direct things the UW System has identified it is lacking.

Rather than drastically changing the student experience without the input of the student itself, youths around the United States will find other institutions to fit their needs, and ultimately, hear their voices. An involved student body is a strong student body, to a thriving university and a sustainable future.

The blueprint is only a reflection of the lack of student involvement in high levels of university discussion over the last five years. As shared governance was weakened under the state budget, student voices were no longer clear to hear, but rather whispers. Since then, it has been up to the individual campus chancellors to dictate how much or how little students are involved in the discussion.

It is imperative to understand and notice that students are less and less involved in decisions that happen at the highest level of the Wisconsin public educational system. The UW System has seen a drop in enrollment of 2.6%. Instead of looking for new ways to cater to prospective students, the drop has been justified by stating that there are fewer people going to college than in previous years.

While it is evident college is no longer the same as it was 10 or even 20 years ago, in order to advance and prove a university’s sustainability for the future, student input has never been more important.

As the circumstances are ever-changing in relation to higher education, why do we continuously see time and time again, that the proposals, search and screen committees and institutional evaluations don’t include the people it’s going to most strongly affect, the students?

The question of student representation can be used as a metaphor for any situation in which a population is under-represented and policies that follow are a failure of those people in which the policies are supposed to represent.

In Congress, if a legislator is failing to represent the voices of those they represent, then they are voted out and a new member takes their place. In college, students have this same power if they are organized and mobilized accordingly to fight for a common cause. If policies are proposed and it includes limited student involvement, then it’s already too late.

The longer I take to write this Op-Ed the more things appear to change. The UW System Search and Screen Committee has failed, and the blueprint continues to bounce around like a silver ball in a pinball machine, never knowing what could happen next.

However, the issue at hand stays the same. Students (plural) were not involved with the search and screen committee process and thus it has been unsuccessful.

But let’s not be naive, student governments also need to be more involved to make this concept of student involvement a reality.

When Dr. Jim Johnsen was named as the finalist; there were only two student governments that reached out to set up one-on-one meetings, UW Oshkosh and UW-Stevens Point.

This is simply not acceptable. As students, we have to hold each other accountable to ensure that together, even though we may disagree on certain areas, as a whole we are united in our fight to further student involvement.