Be wary of caffeine intake during finals week 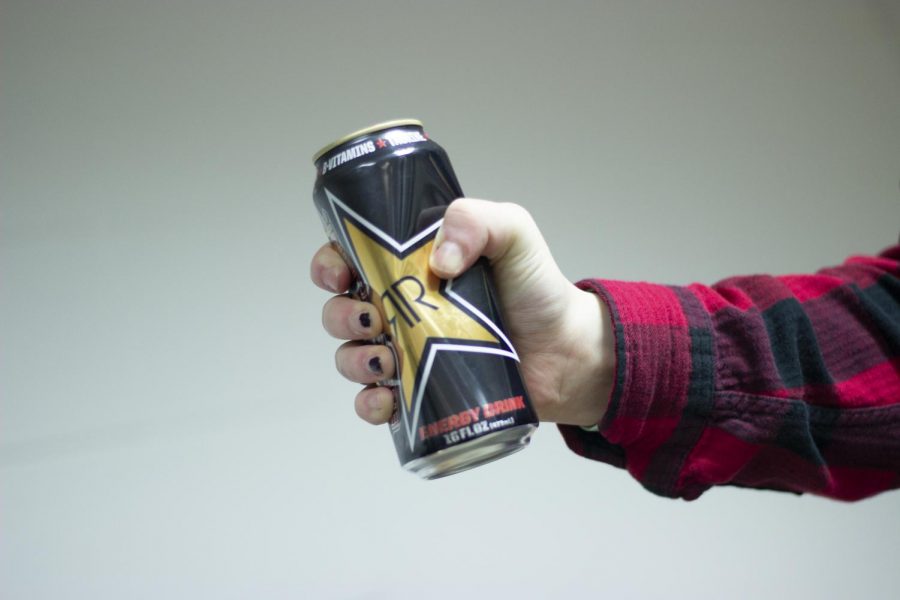 College students rely heavily on caffeinated beverages to get them through finals, but at what cost?

With the threat of finals week looming, many students will be preparing to engage in their semesterly toil, full of late-night night study sessions powered by UWO students’ (second) favorite legal drug: caffeine.

It’s common for college students to utilize caffeinated beverages such as coffee and energy drinks to provide them the energy that they need to power through their studies, but without careful moderation, excessive caffeine intake can have some unintended consequences.

First of all, what is considered excessive caffeine consumption? The FDA suggests that 400mg of caffeine is the most that a healthy adult should consume in a day.

That amount is roughly equivalent to “four cups of coffee,” but that isn’t really the most useful metric ever.

In terms of products you can find in vending machines, Starbucks bottled frappuccinos range anywhere from 75 to 130mg and the canned Doubleshot espresso contains 110mg of caffeine.

Aside from coffee, energy drinks are also heavily used for additional energy. A 16oz can of Bang contains a whopping 300mg of caffeine, a 16oz Rockstar contains between 160 to 300mg, a 16oz Monster has 188mg and Red Bull has 80mg (albeit in a 8.4 oz can).

Some of the side effects of even moderate caffeine consumption are increased blood pressure, insomnia and, as if college students needed any more of it, anxiety.

These impacts in mind, it is easy to see how a heavy reliance on caffeine during finals week can make an already stressful time harder to deal with than it needs to be.

In the long term, regular caffeine consumption can also develop into a dependence, which itself has many negative effects. Once one begins to rely on caffeine for energy on a daily basis, withdrawal symptoms such as headaches, constant fatigue and even depressed moods may begin.

The whole “I can’t function without my morning coffee” idea has more or less become a joke at this point, but not one without its base in truth. I’ve personally seen just how stressed and fatigued people can become once they have become used to caffeine supplying them the energy they need to accomplish their work.

I should clarify, though, that I’m not implying that one week of above-recommended caffeine consumption is going to destroy your body, ruin your life and cause you to fail all of your finals, but simply noting that, as with most substances, there is a healthy and unhealthy amount that you should be mindful of.

All that being said, there is a healthier alternative to stay energized and motivated during finals week.

The obvious alternative to consuming copious amounts of caffeine is to focus on your sleep.

While sleep hours may seem like a scarce commodity for a busy college student, getting adequate rest should always be a priority, especially in times of high stress like finals week.

Getting sufficient sleep is one of the best ways to maintain a high level of energy and keep your anxiety low, but excessive caffeine can be a hindrance to these natural processes.

Studies have shown that even daily levels of coffee intake can have serious effects on your sleep cycle and cause restless sleep and daytime drowsiness. This is especially true if you consume caffeine less than six hours before going to bed, which is among the many reasons that you should avoid all-night studying.

Even though slamming your third or fourth coffee of the night at 11:30 p.m. may make you feel as alert and ready to cram for that test you forgot was tomorrow, this is probably not going to be the case.

When intentionally depriving yourself of sleep and tricking your body into being alert, not much learning will actually be taking place.

First of all, according to a Texas A&M study, your brain loses efficiency with each hour of sleep deprivation. This basically shows that, while you may feel up to the task of a long study session, your brain has no real interest in processing what you are “learning,” making your efforts futile when it comes to test time.

On top of that, late-night studying should also be discouraged because of a slightly more obvious reason: you need sleep to consolidate memories and learn new information.

Without sleeping enough to enter multiple stages of REM sleep, the stage of sleep where the storage of memories occurs, which occurs every 90 minutes during sleep, all of those terms and concepts you worked to memorize will probably not stick.

In other words, your extra three hours of studying will largely be in vain if you only end up getting six hours of sleep.

So, while it may feel like three additional shots of espresso the night before an exam will carry you to a better test score, this artificial energy boost is no substitute for getting good rest and letting your brain do its thing.