An open letter to letters 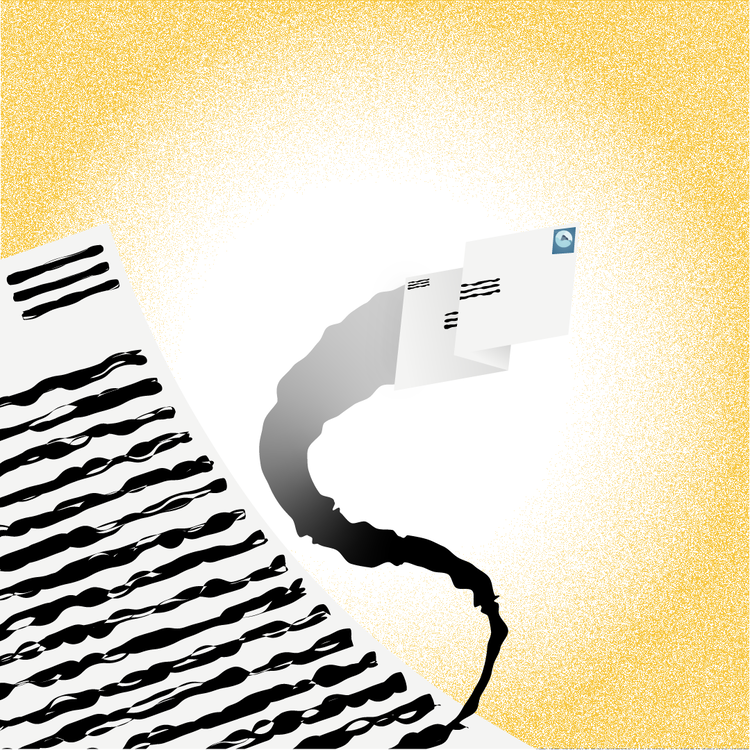 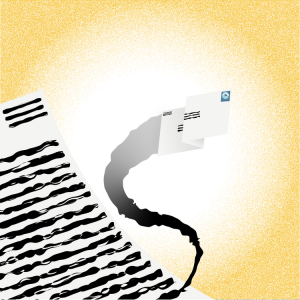 The French philosopher Voltaire (François-Marie Arouet) is estimated to have written over 20,000 letters during his lifetime. That’s a lot, but a mere fifth of the estimated 100,000 letters penned by the reclusive American author H.P. Lovecraft. And I? Not many. But some. And in the future, many more, because writing letters is a lost art form we desperately need.

Now, to be clear, this shouldn’t be taken as an anti-tech-or-whatever piece. Each form of communication has clear advantages and disadvantages, but here I’ll be exploring exactly why sending a hand-written letter is, in some instances, superior to text or email.

Compared to text or email, letters have notable advantages in three domains: subjects they’re conducive to, the overall communication experience, and its affordances to customization and formatting.

The most obvious reason sending letters isn’t a common form of communication today is because it’s wildly inefficient. However, for truly connecting with a person, speed isn’t the most important element. Unless you’re talking about Bumble, where arbitrary time restrictions are the name of the game, there’s no limit for how long a relationship needs to be built.

However, I’d say when it comes to developing relationships, sending letters actually rivals the efficiency of text. When you text, the receiver’s ability to immediately respond enables conversations to slide into the rapid-but-empty niceties of ‘how’s it going,’ ‘how’s work,’ and so forth.

Letters, by their snail-like nature, don’t afford this kind of ephemerality. Conversations need to trend toward evergreen topics, which tend to lead to deeper connection. Both participants understand it’s a waste of time to merely communicate some sort of ‘update,’ so the subject matter can easily depart from the countless interactions without substance.

On the Hasselblad, you’ve got 24 shots, and they cost money to develop. If you have a limited venue to convey your message, you’ll be much more purposeful in crafting it—you don’t see the person with the Hasselblad shooting pictures of their dog all willy-nilly. A letter demands significantly more attention, and it shows in the conversations’ depth.

In addition, the delay in response natural to mail correspondence graciously removes the onus of an immediate reaction from the receiver. How often are conversations derailed or the mood ruined by a moment’s reaction to something said, or the pace ruined by an uncertainty as to what to say back? The absence of this pressure grants the writer some freedom, too. It accommodates more intimate subjects because you don’t have to bear the God-forsaken ‘typing’ dots, or an unexpected facial expression.

This is the same reason therapists often have art on their walls and things for patients to look at around their offices: it’s easier to broach intimate, vulnerable, meaningful topics if you don’t have to look the person in the eye. Of course, if you conjure the cynic within, you can boil this down to cowardice. But I don’t think it matters how something is conveyed so long as it is conveyed.

A letter’s intimacy isn’t just due to its contents, but also to its very nature as a physical object. Texts barely exist. They appear as small images on a screen, indistinguishable from literal thousands of others like it on any given phone. After anywhere from one-to-five messages later (each of equally little value), the text disappears below the person’s name in a messaging app, and is gone forever unless a person scrolls back and views it again.

Letters are not so negligible. They can be put on a fridge, folded into a pocket and carried around for the day and left out on the kitchen table. They are physical objects that must be handled directly. You must interact with them more than is required by swiping to open a message and tapping a sleek screen to respond. A letter must be torn open and removed from its envelope or packaging, at which point you have a piece of paper. You can turn it over in your hands, feel the thickness or flimsiness of the paper and observe the person’s script and the ink’s richness. Where the text message demands only one or two senses’ use, a letter engages them all.

Beyond that, a response must be written. You feel the pen in your hand, gliding over the paper, until you pause — the pen’s tip hovering imperceptibly over the paper’s surface — considering exactly what to say. You’re more thoughtful, as ink only flows out of the pen (there’s no backspace). As you fold, package and drop the letter off, the whole experience takes on a ritualistic aspect to be reveled in.

If there’s one thing that text really fails at compared to mail correspondence, it’s the customization and personalization of a message. On a phone, we use our fingers to tap the same buttons everyone else taps. Each message comes through, fitted to the screen, using a standardized font at a standardized size. It’s despotic in uniformity. But still, we cling to this standardized mode of communication for unique human relationships.

Letters are much more accommodating to personalization. Each person’s script is different, flowing sometimes in curlicues or sharp, jagged spikes. You have to squint to make out what they’re saying. It’s all good fun. But you can also change the format, write in the margins, draw, underline for emphasis—the possibilities are endless. With text, the best affordance for personality we have is the addition of emojis.

There is also the issue of packaging. A text really has no packaging. It has a notification, but that too is just as depersonalized and silent as the text itself. Letters, on the other hand, have an envelope, which affords just as much creativity and personalization as the letter itself.

What makes a letter special isn’t simply its contents. It has an aura; something rare in physical objects today. A phone is a mass-produced, impersonally ubiquitous device. A letter is unique. It’s just for you. It’s a private message, a proxy for the author’s presence. It’s a physical manifestation of their thoughts and feelings which you are able to carry and hold onto, as though they carved out a small piece of their mind just for you.

If you want to recapture the juvenile thrills of Christmas morning, the closest you will come is by sending and receiving letters. The anticipation is delicious, and, unlike when receiving a gift, the joy lasts long after receiving a letter.

Letters are emblematic of meaningful relationships, as they are built not off speed and quantity, but quality and trust.
This article originally appeared on carteruslabar.com